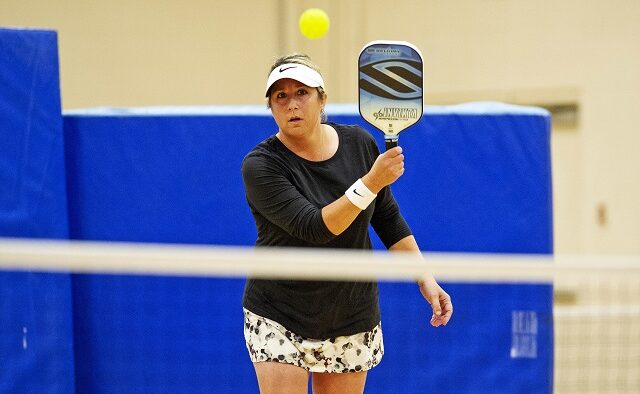 Pickleball is an indoor/outdoor court sport played on a badminton-sized court. It is similar to tennis. Created in the 1960s, the sport is played with a perforated ball and paddle about twice the size of a ping pong paddle.

In Tucker, Kind plays on six courts with metro Atlanta players. At the national championship, around 60 courts will be filled with players from all over the world.

“It is so exciting to be able to compete,” said Kind, who describes pickleball as a friendly, social sport. 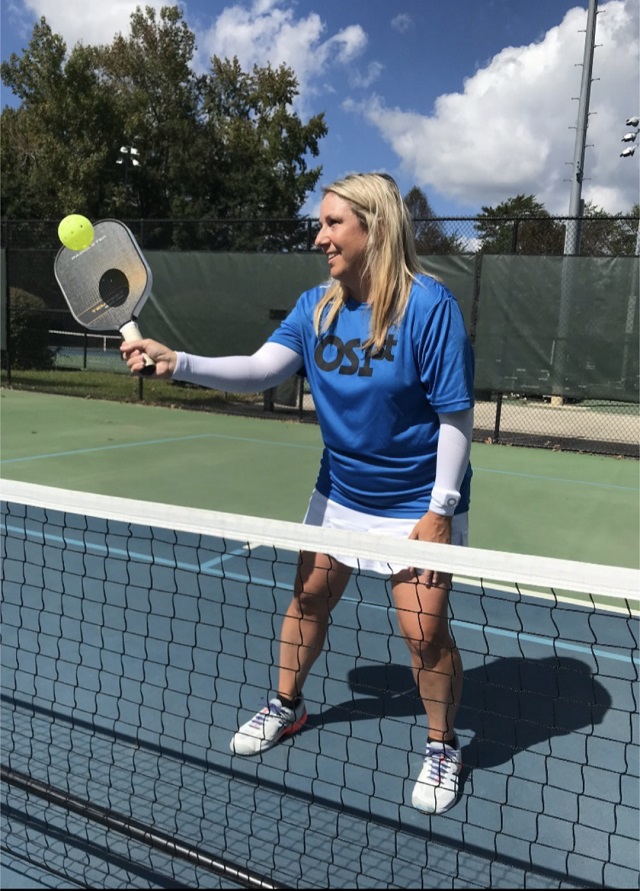 Kind, who lives in Snellville, began playing pickleball in March 2018 when she moved to Atlanta from St. Louis, Mo. She was no stranger to the courts, having played ALTA and USTA tennis. Kind also played tennis at West Forsyth High School in Clemmons, N.C. and Columbus State University in Columbus, Ga.

Within a year of picking up pickleball, Kind was playing in the 2019 U.S. Open Pickleball Championships in Naples, Fla. The 47-year-old describes herself as very competitive.

“I’m going to win. This is not just something to do,” Kind said about the national championship.

Kind hit a bump when the national championship announced players must be vaccinated against COVID-19 in order to compete. Her partner said she wasn’t planning to get the vaccine, which forced Kind to look for a new partner.

She quickly found another partner, Sarah O’Brien from Woodstock, who has met up with Kind to practice. That’s the pickleball spirit – there’s someone who always wants to play. She also found a partner to compete in the mixed doubles competition at nationals, Nevin Langdon of Birmingham, Ala.

“I’m very humble,” said Kind. “It hasn’t even hit me that I’ll be competing in two events.”

Kind is an ambassador for Paddle Tech, a company that makes pickleball equipment. She is also a sponsored player for OS1st, a compression sleeve and sock company. She said is rewarded with product, not money.

“I never get tired of playing. I play nearly every day,” said Kind, who said fans can follow her journey on Instagram.