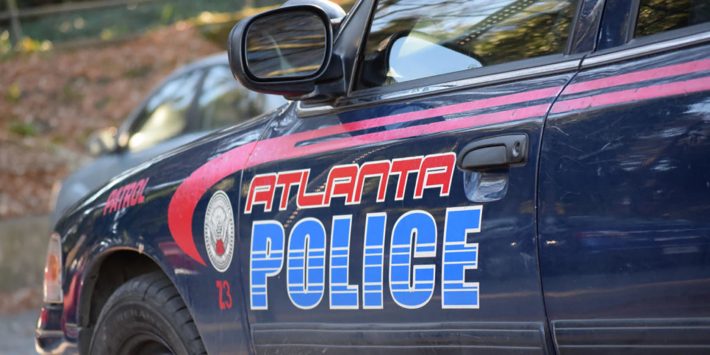 Atlanta, GA — At around 6:40 a.m. on Wednesday, Atlanta Police responded to the area of Clifton Road Northeast and DeKalb Avenue Northeast due to a report of a traffic crash. On the scene, police found a single vehicle on fire.

“The driver told officers he had been driving on Clifton [Road] when he lost control of the vehicle,” said Officer Steve Avery, spokesperson for the Atlanta Police Department. “The vehicle left the roadway, drove through a fence, and came to rest on the MARTA tracks where it caught fire. No injuries were reported. The driver was cited for driving too fast for conditions.”

At about 7:45 a.m. MARTA tweeted that a passenger vehicle made contact with the MARTA tracks near the Candler Park station, causing a fire and saying there would be service delays on the east and west lines.

Stephany Fisher, spokesperson for MARTA, said this morning that the tracks were de-energized and the fire was put out. MARTA was single tracking through the area, only using the eastbound tracks, so trains could get through.

According to MARTA’s Twitter page, normal operations on the westbound platform resumed at the Candler Park and Inman Park stations as of about 1:45 p.m. The green line trains, which temporarily serviced Bankhead to Vine City, have also resumed normal operations.