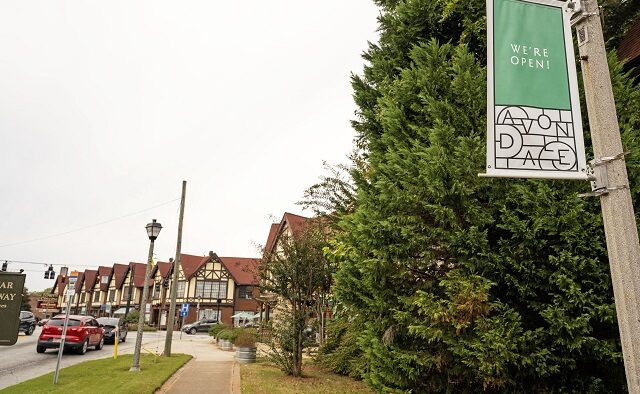 Avondale Estates, GA — The Avondale Estates City Commission is in the process of amending the city’s tree ordinance and is considering adding a requirement that property owners must apply for a tree removal permit before performing any substantial land disturbance in residential areas, according to the draft ordinance.

One of the main reasons the City Commission began amending the tree ordinance was to address a so-called loophole where a property owner could cut down multiple trees if they don’t apply for a land disturbance permit and the city could not require them to submit a tree replanting plan.

Currently, the tree ordinance states that “a tree removal permits is required in addition to other required permits, such as land disturbance or building permits, for any component part of a project.”

An application for a tree removal permit must include a tree survey, a tree preservation and replacement plan and other documentation needed by the city tree official. Land disturbance, demolition or other construction activity cannot occur until the preservation and replacement plan is approved, and the tree removal permit is posted on the property.

The ordinance also states that “the tree removal permit shall have the same terms of expiration and renewal as the associated building permit.”

To address the issue, Shortell proposed adding a requirement to the ordinance that clarifies that property owners must get a tree removal permit before doing any substantial land disturbance in the residential areas.

“Basically, the idea is that now what we’re saying is doing a project is no longer just a building project or putting on an addition or something like that. But a project can also be defined as a [substantial] land disturbance permit,” Shortell said.

According to the draft ordinance, substantial land disturbance is defined as “any work that (a) involves earth-moving mechanical equipment (including, but not limited to bobcats or tractors), or (b) results in fifty percent (50%) of a lot’s permeable area being cleared of vegetation down to bare soil, or (c) requires installation of erosion control fencing pursuant to any applicable city, state or federal regulation.”

When a tree removal permit is required, the property owner would have to apply for the permit and submit a tree survey, a tree preservation and replacement plan, and other documentation to the city arborist. No land disturbance, demolition or other construction activity could happen before review and approval of the tree removal permit.

The board had previously considered implementing a tree notification system as a way for the city to track when residents remove trees. Some commissioners raised concerns about overcomplicating the process by requiring residents to fill out a form to remove a tree.

“This is a much more narrow focus, but ultimately, I think, achieves what we’re trying to get out of this,” Shortell said.

“If you’re going to cut down a bunch of trees, and you’re going to need to bring in earth-moving equipment, it requires you to get a land disturbance permit, which is going to require you to submit a plan to the city that says you’re going to replace those trees with new trees that would at least get us to 50% [coverage] at maturity. That’s the intent,” Fisher said.

City staff will bring the ordinance back to the board twice, despite having already done the first reading of the ordinance.

“We’re going to do the first reading at the next meeting,” Bryant said. “Because this ordinance affects [zoning designations differently], it triggers us having to hold a public hearing with proper notification in order to adopt this ordinance. That’s a 15-day notification period, which we obviously could not meet by the time of the next meeting, so the actual adoption consideration date will be the first meeting in January.”

The draft also sets the city’s residential canopy goal at 50% and sets the canopy goal at 40% for non-single-family residential districts. It additionally updates the tree list, which specifies the types of trees that can be planted on city property, to remove trees, like crape myrtles, from the tall tree list.

“It doesn’t mean we can’t have some crepe myrtles in our city. It just means we don’t want them taking up space where it’s appropriate to plant canopy trees,” Shortell said at the July 28 City Commission meeting.

The city could end up having trees like crepe myrtles on public property where the city might not want them. But the city manager can’t decline a request to plant a tree if it’s on the tree list.