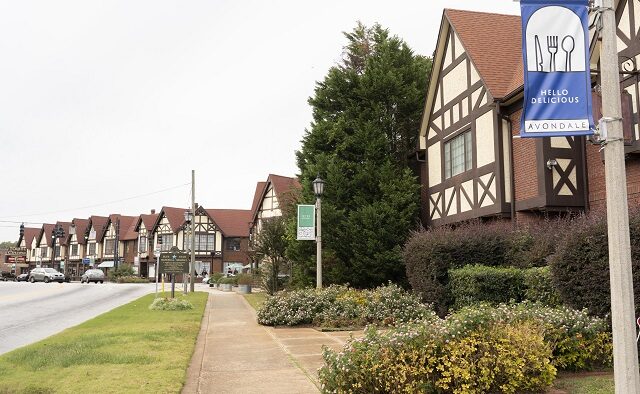 During the meeting, the City Commission will consider appointing members to the Tree Board.

In September, the City Commission discussed combining the Tree Board and Arboretum Board as they serve functions related to trees. The consensus among the commissioners at the time was to move toward combining the boards.

The idea was pitched by a member of the Arboretum Board at the August meeting and is supported by the one standing member of the Tree Board.

There are currently several vacancies on the Tree Board, which is a seven member board that studies, investigates, counsels and advises the city manager, who will administer a written plan for the care of trees and shrubs in parks, along streets and in other public areas, according to the city’s website.

The Arboretum Board assists in mapping trees identified for the Arboretum, prepares an informational brochure explaining the arboretum and places identifying markers at these trees, according to the city’s website.

The city received applications for the Tree Board. If the boards are combined, the city would notify the applicants and the members of the Arboretum Board to ensure everyone understands and agrees with the merger.

“I support it also,” Mayor Pro Tem Brian Fisher said at the Sept. 9 work session. “As everyone has said, there’s a lot of synergies between both, and I think a single board can accomplish whatever task we put in front of them.”

The City Commission will additionally discuss appointing members to the Downtown Development Authority, the Ethics Board, the Lake Avondale Advisory Board and the Planning Architectural and Zoning Board.

The City Commission will also consider adopting the 2021 amended budget and the 2022 budget.

“Overall, though, the expenses balanced out with increases and decreases and the revenues were a little bit higher. As far as I can tell, at this point, I think we’re in pretty good shape,” Assistant City Manager Paul Hanebuth said at the Oct. 13 City Commission meeting.

One of the largest changes in the budget came from the cost of recycling, which comes out of the sanitation fund.

“Recycling, we had originally budgeted $65,000, but after releasing the RFP at the beginning of the year, the best response that we got to that was significantly higher. The actual cost for that is going to be about $104,000 for this year,” Hanebuth said.

Another major change came from the parks department budget for costs related to trees. The city spent more money on tree maintenance and removal this year due to the tree inventory.

“That’s probably the biggest single difference, other than recycling, from what we were planning a year ago. We had originally budgeted $23,000 for that, and I’m now projecting in excess of $50,000,” Hanebuth said.

The revenues and expenditures in the 2022 proposed budget are projected to be about $500,000 more than the 2021 amended budget. Part of that increase includes adding four new staff positions — a capital projects manager, a stormwater manager, a landscape manager and an administrative analyst, Decaturish previously reported.