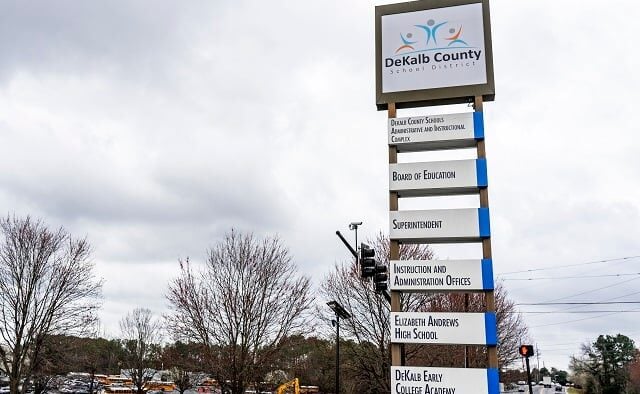 Enrollment for Fall 2021 did not bounce back to nearly pre-COVID levels as the school district had expected, and Superintendent Cheryl Watson-Harris stated that the district does not expect a significant increase in enrollment next year. District-wide enrollment had already been on a slightly downward trend from a high of 101,801 students in 2014, but the pandemic created a sharp drop in enrollment from 98,957 students in 2019 to 93,674 in 2020.

The district had predicted that enrollment would bounce back somewhat in 2021 to about 95,787, but in fact Fall 2021 enrollment was only 93,703, indicating that most of the students who left the system did not return. The enrollment prediction for Fall 2022 is 93,700 students, with slight decreases in elementary and middle school enrollment and a slight increase in high school enrollment.

– The Board approved hiring Kiana King as the Director of Exceptional Education. In that role, Mrs. King will ensure that all schools in the district are in compliance with state and federal laws related to the Individuals with Disabilities Education Act. Two board members abstained due to concerns over process.

– During public comment, Andrew Huff, who is on the advisory council for the Museum School of Avondale Estates, stated that the district is requiring that The Museum School alter their lease of the Forest Hills facility as a condition of renewing their charter, even though the current lease is valid for 10 more years. The new lease requires that the school turn over ownership of $7 million in improvements that the school has made to Forest Hills. “This is a decision that no business or educational institution should have to make,” said Huff. He urged the board to either remove the condition to change the lease, or formally deny the charter renewal request, so The Museum School can pursue other possibilities.

– Superintendent Watson-Harris presented a report that included the timeline for the Comprehensive Master Plan. A draft of the plan and a presentation video are available on the DeKalb County School District’s website. A public Question and Answer session will be held on December 14 and an update will be presented to the board at the January Board of Education meeting.

Board member Dr. Joyce Morley questioned how decisions were made and how much public feedback was actually involved in the process. Morley also stated that the district should follow through on previous promises, decisions, and projects before adding new ones or rearranging school districts.

A group of parents, including Kristin Murff, Carey Maike Rozhavsky, and James Murff spoke against one of the proposals in the CMP, which is the proposed merger of Hawthorne Elementary and Henderson Mill Elementary.  James Murff stated that the plan was not in accordance with the stated goals of the district’s Comprehensive Master Plan.

“Building a new school with a $45 million budget is neither creating a neighborhood school nor being sensitive to costs,” said James Murff.

Kristin Murff said that promised eSPLOST money was not being spent on repairs because of the proposed new school, which will not be completed for several years. “Five more years of toilets that don’t work is unacceptable,” said Murff.

– Other public commenters, including Wendy Hamilton, Gayle Rej, and David Felfoldi, asked the district to maintain a mask mandate for schools due to low vaccination rates and in accordance with current Centers for Disease Control guidelines.

– Deborah Jones, the president of Organization of DeKalb Educators, stated that working conditions for teachers have continued to deteriorate. She offered several solutions, including hiring more teachers to reduce class sizes and also hiring more social workers and psychologists so that teachers can focus on students’ academic needs.

– Sam Marques, a Dunwoody Elementary School student, suggested that the school use compostable paper trays for lunch instead of styrofoam. Marques stated that based on a science experiment he conducted, paper trays will decompose and become dirt that can be used for planting trees and flowers, but styrofoam does not decompose. He also stated that according to his research, compostable paper trays will only cost one penny more per tray.

– The Board of Education approved a one-year agreement between Easterseals North Georgia and the DeKalb County School District for an early intervention aimed at three, four, and five-year-old special education students. The program will cost $602,585.

– The Board granted authorization for the purchase of computer workstations, laptops/Ultrabooks, laptop carts, services, and accessories from DCSD’s approved computer vendor Virtucom Computer Company, with purchases not to exceed $2,500,000. These purchases will support the district Career Technical and Agricultural Education program with computer upgrades.

– The Board approved the purchase of the Rising Voices Library Collection to be distributed to all classrooms, grades K-5 throughout the DCSD. The cost of the collection will not exceed $2,500,000.00.

– The Board awarded an RFP for physical security services to Convergint Technologies, LLC  in an amount not to exceed $400,000, to support the initial transition of monitoring and support services.

– The Board approved the annual subscription for Microsoft EES from Dell at a cost not to exceed $1,396,752.50, using a state of Georgia contract. This will be year one of a three-year agreement.

– The Board approved a contract extension for district-wide dust mop and microfiber towel services to A-Action Janitorial Services, Inc. for an additional year through Dec. 18, 2022 in an amount not to exceed $115,360.  This is the third of four one-year contract renewal options.

– The Board approved lease purchase of copy center digital printing equipment from Konica Minolta Business Solutions U.S.A., Inc. in an amount not to exceed $103,687.60.

– The Board awarded an E-SPLOST V RFP for renovations at the Green Forrest Drive Facility to The Winter Construction Company in the amount of $4,906,500.