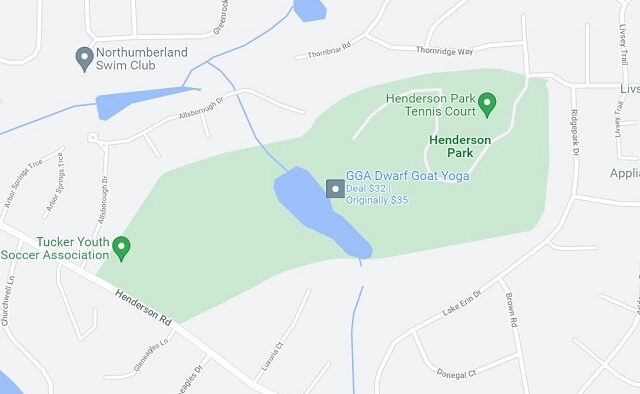 The location of Henderson Park in Tucker. Image obtained via Google Maps
Share

It appears to be a murder suicide, according to a police spokesperson.

“At approximately 5:30 p.m. yesterday, DKPD responded to 4000 Henderson Park Road in reference to a person shot,” the spokesperson for the DeKalb County Police Department said. “Upon arrival, officers located two victims deceased from gunshot wounds. At this time it appears that the female victim was killed by the male victim, who then shot himself. This is all that we have at this time.”

City spokesperson Matt Holmes confirmed two people were found deceased at the park, referring other questions to the police department. The park is located on Henderson Road in Tucker.

According to the city’s website, the park is 130 acres and has walking trails, soccer fields, tennis courts, pavilions, two playgrounds, a lake available for fishing and a community garden.