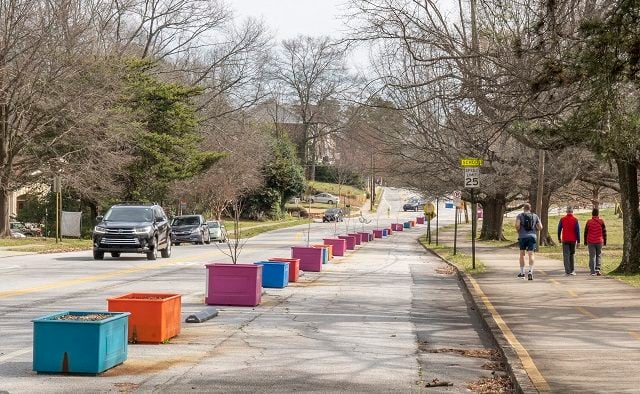 Decatur, GA — Say what you will about the planters on West Howard Avenue, and people have said plenty.

The city, in 2018, placed 125 rectangular and 72 square planters along the road to reduce the number of lanes on West Howard. They’ve been a source of consternation and the butt of many jokes over the years, including a planter-themed soapbox derby racer at the Madison Ave. Soapbox Derby and a popular bumper sticker that’s a play on the city of Decatur logo.

But for all the mockery and frustration, city of Decatur officials and residents who attended a recent open house agreed: planters did what they were designed to do, namely slowing down traffic on West Howard Avenue.

“Ultimately, it worked out,” Assistant City Manager David Junger said. “I think, ultimately, the safety of the pedestrians was what was most important.”

During an open house on Dec. 9, the city of Decatur’s project consultant presented several options for a permanent replacement for the multicolored boxes that have lined the one-mile stretch between East Lake MARTA station to Commerce Drive. The public also had a chance to see and comment on what is likely the final plan for the railroad crossing improvements at Atlanta Avenue. 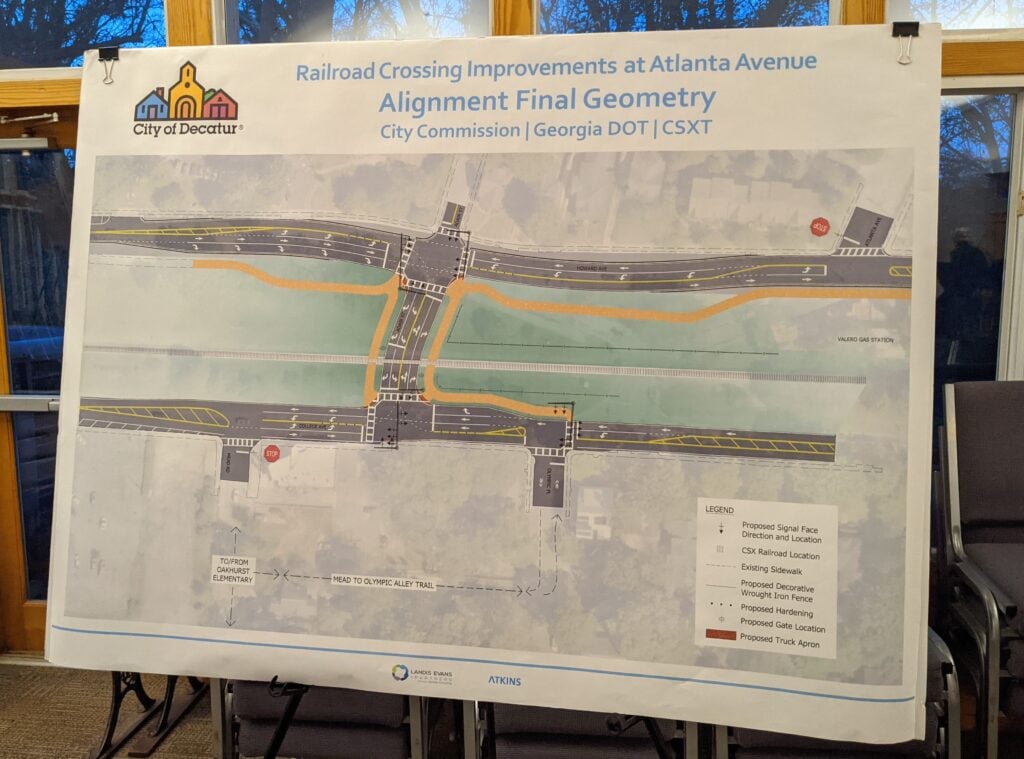 Options for replacing the planters include: 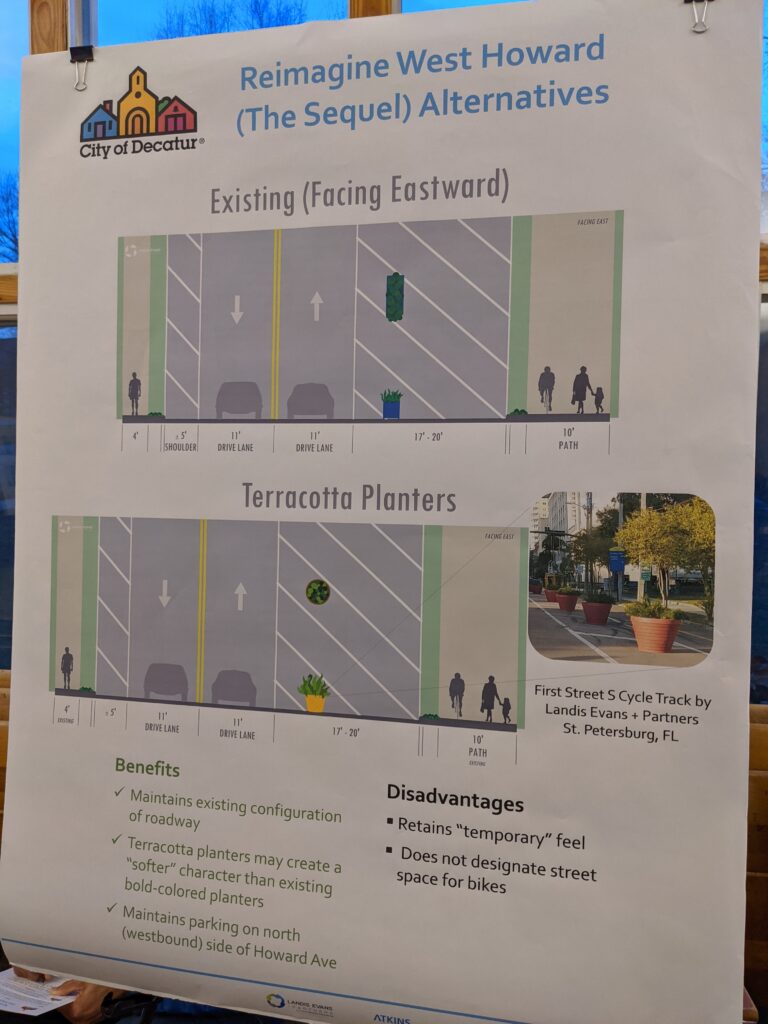 – Creating a “buffered bikeway” on both sides of West Howard 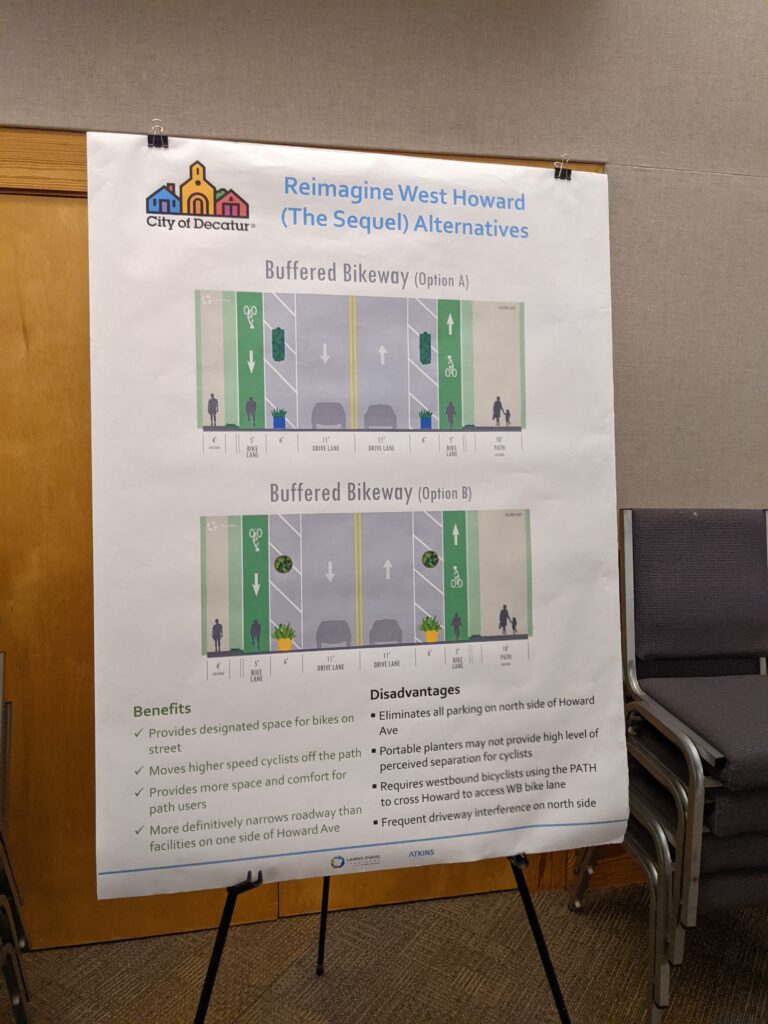 – Replacing the planters with a cycle track 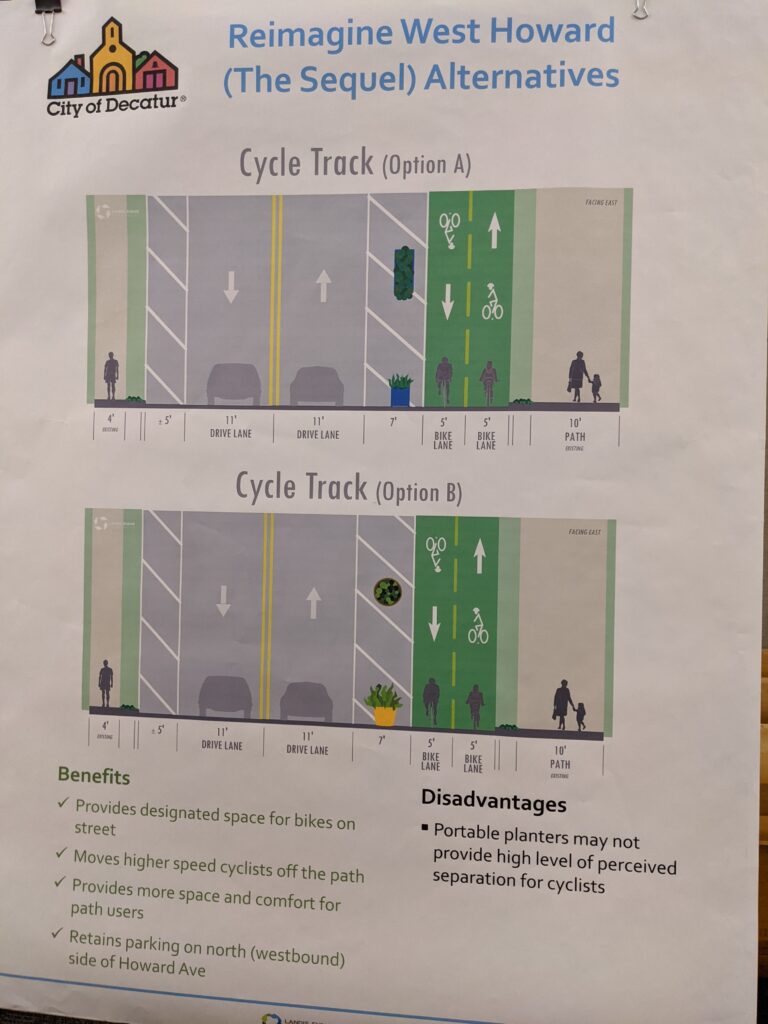 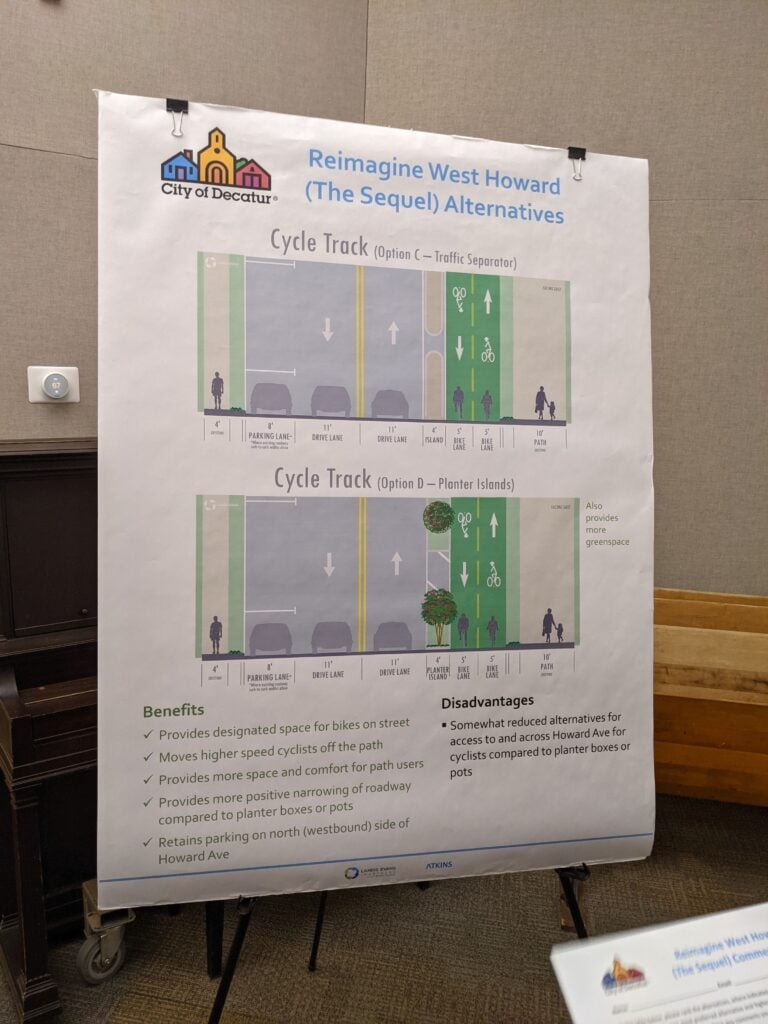 There’s still work to be done, but that’s what currently is under consideration. The cycle track idea generated some attention, with mixed feedback.

Slack had no comment on the planters themselves, but speculated people might favor replacing them with the terracotta planters.

“I imagine more people will find that popular,” Slack said. “Of course once [the plastic planters] gone people will say, ‘Oh, darn.'”

Swerlick, leaning on his bicycle as he prepared to leave the open house, said the planters did their job.

“I think that they did a great job of carving out space, and getting everyone used to the idea that not all of this belongs to cars, which is great,” he said. “They’re not going to win any beauty awards, but anything to help shift the mindset to get used to the idea … that it’s a shared space and we need to share it with pedestrians and bikes, that makes me happy.”

Junger said the planters were a cheap and effective solution to concerns the community had about crossing the dangerous road. He said city staff came up with the idea, though he declined to name names. Junger said he was surprised at the reaction the planters got initially.

“I really thought it would be received differently, knowing how artsy and creative the community is,” Junger said.

But a funny thing happened as a result of that public reaction. The road project got lots of press and attention, perhaps more than any other project the city has done.

“It drew attention to the project,” Junger said, adding later, “You get experts from other parts of the country that come in and don’t know the background to it and they make comments like, ‘Wow, that’s really creative. That’s really awesome.”

City staff will be bringing a final recommendation about replacing the planters to the city commission for their approval, Deputy City Manager Hugh Saxon said.