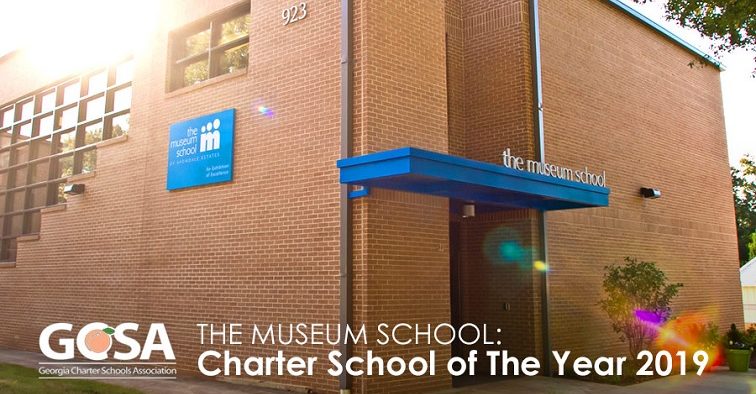 Avodnale Estates, GA — A charter school in the Avondale Estates community is locked in a battle with DeKalb County Schools over renewal of its charter, leaving the school’s future in doubt.

The renewal battle is also occurring amid a lawsuit charter schools have filed against the district over funding.

At December’s DeKalb County Board of Education meeting, Andrew Huff, who is on the advisory council for the Museum School of Avondale Estates, stated that the district is requiring that The Museum School alter their lease of the Forrest Hills Elementary facility as a condition of renewing their charter, even though the current lease is valid for 10 more years. The new lease requires that the school turn over ownership of $7 million in improvements that the school has made to the Forrest Hills Elementary building.

“This is a decision that no business or educational institution should have to make,” said Huff. He urged the board to either remove the condition to change the lease, or formally deny the charter renewal request, so The Museum School can pursue other possibilities.

Charter schools operate independently of school districts through operating agreements called charters. The autonomy granted to the schools is usually in exchange for meeting higher academic standards. The Museum School in 2012 began operating out of the Forrest Hills Elementary building and serves students in Kindergarten through eighth grade. That building has received millions in improvements provided by the Museum School.

In an interview with Decaturish, Museum School Board Chair Kelly Swinks and school Executive Director Katherine Kelbaugh provided additional context for Huff’s comments during the December School Board meeting.

The school’s current charter will end in June 2022. The school submitted its charter renewal in August. The School Board in November granted a conditional three-year renewal of the charter. The condition? Whereas the old agreement required the school district to reimburse the school for the improvements, the new agreement would allow the district to take ownership of the building without paying the money back. The Museum School Board rejected those conditions.

Which creates a problem. What will happen to the school if it hasn’t resolved its differences with the county school district by June 2022?

“We don’t know,” Kelbaugh said. “We have asked the district what happens if we don’t approve the conditions, and we’ve asked the same question to the Department of Education and haven’t gotten a clear answer.”

In a statement to Decaturish, the Swinks called the School Board’s actions “illegal and improper.”

“As a condition of our charter renewal, DeKalb County School District is requiring us to unilaterally accept the terms of a new lease for the facility we currently occupy, despite the fact that we have a valid lease which allows TMS to remain in the building for an additional 10 years,” Swinks said. “In the new proposed lease, DeKalb County School District could require TMS to give them more than $7 million dollars in facility improvements. These illegal and improper actions are at the expense of the 588 DeKalb County students that we serve.”

Decaturish has asked DeKalb County Schools for comment and will update this story when the district responds.

Complicating matters is a lawsuit the Museum School and six other charter schools filed against the district over funding in August 2020. The plaintiffs allege the district improperly withheld funding from the schools.

The dispute over funding began well before the start of the COVID-19 pandemic.

According to the lawsuit, “In December 2019, DCSD’s charter office provided the Charter Schools with proposals for their FY21 budgets that were substantially lower than in previous years.”

The schools are asking the court to rule that the school district is in breach of its contracts with the schools and to reimburse the schools for their attorneys’ fees. That lawsuit is still pending.