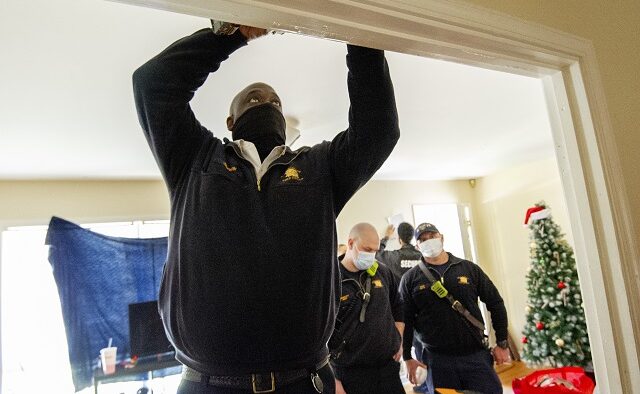 Greater Decatur, GA — Hours after an early morning house fire on Janet Lane in greater Decatur that claimed the lives of 5 family members on Tuesday, Dec. 14, teams from DeKalb County Fire Rescue canvased the street to install smoke detectors for residents of the neighborhood located off Glenwood Road.

“We want to make sure that they are prepared as much as possible in case there is a fire that occurs at night,” said Fire Chief Darnell Fullum. “One of the most poignant data points is the fact that at least 50% of fire deaths occur between the hours of 11 p.m. and 7 a.m. on most cases when people are asleep. We are going to knock on all the doors and see if the folks have a smoke detector and if they don’t, we will install it for them.” 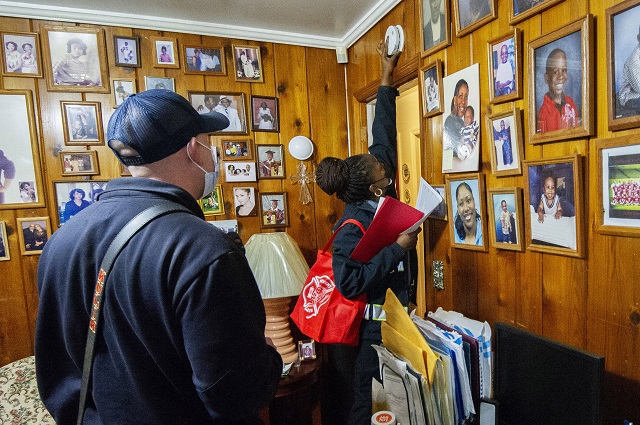 As teams spread out with smoke detectors, one neighbor said when he thought about the family members who tragically lost their lives, it made his heart fall out.

“Get smoke alarms and check the batteries,” said the man who did not want to be identified.

According to the NFPA National Fire Protection Association (NFPA,) a global self-funded nonprofit organization, established in 1896, devoted to eliminating death, injury, property and economic loss due to fire, electrical and related hazards, once a smoke detector sounds, fire can spread rapidly leaving as little as one to two minutes to safely escape. Keeping doors closed can slow the spread of smoke, heat and fire. Families should have an escape plan and practice it twice a year, both during the day and at night. 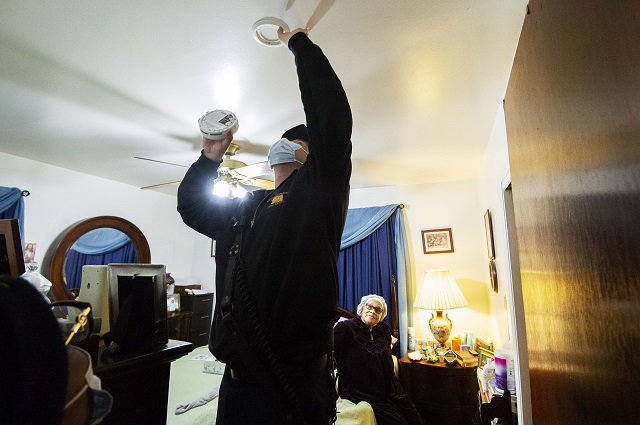 “The No. 1 defense from a fire that occurs in your home will be an operating smoke alarm,” DeKalb County Fire Rescue Chief Darnell Fullum said. 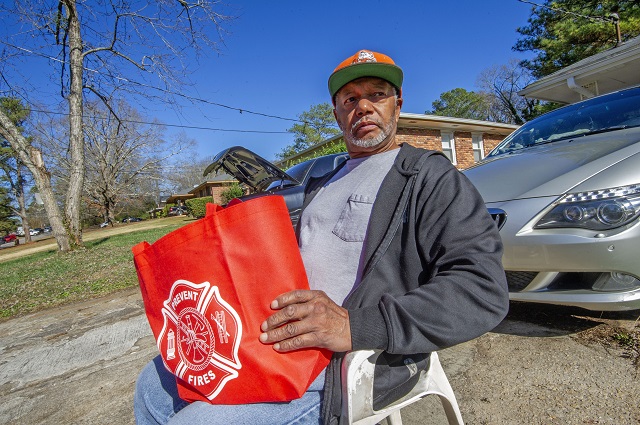 For more information on fire safety and prevention visit: nfpa.org. 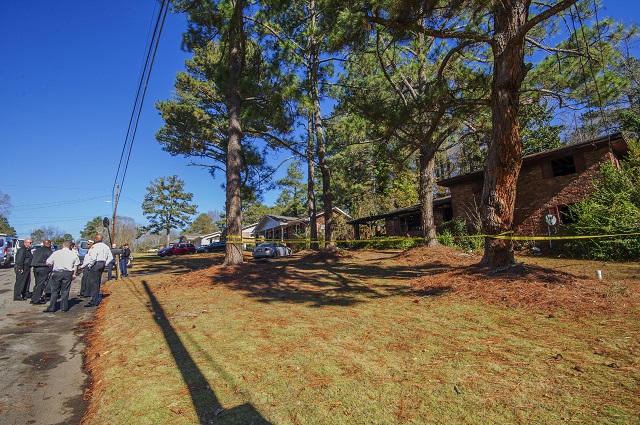 DeKalb County Fire Rescue officials gather in front of the home in the 1900 block of Janet Lane where the fatal fire occurred as several teams went from door to door in the neighborhood to check and install smoke detectors on Tuesday, Dec. 14. Photo by Dean Hesse. 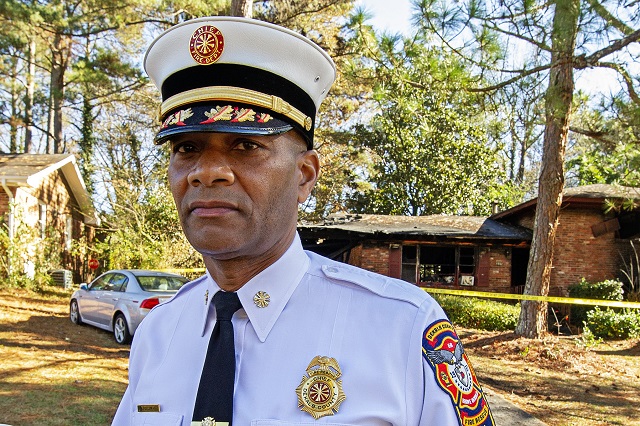 Standing in front of the home on Janet Lane where a fatal fire occurred in the early morning hours of Tuesday. Dec. 14., DeKalb County Fire Rescue Chief Darnell Fullum said, “We are going to knock on all the doors and see if the folks have a smoke detector and if they don’t, we will install it for them.” Photo by Dean Hesse. 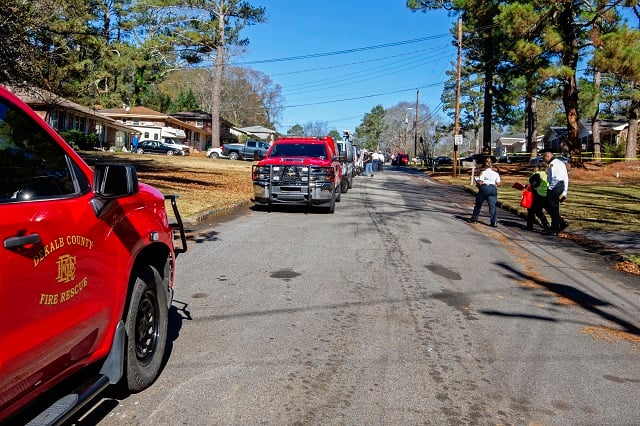 Teams from DeKalb County Fire Rescue go from door to door on Janet Lane to install smoke detectors for residents of the greater Decatur neighborhood. Photo by Dean Hesse.