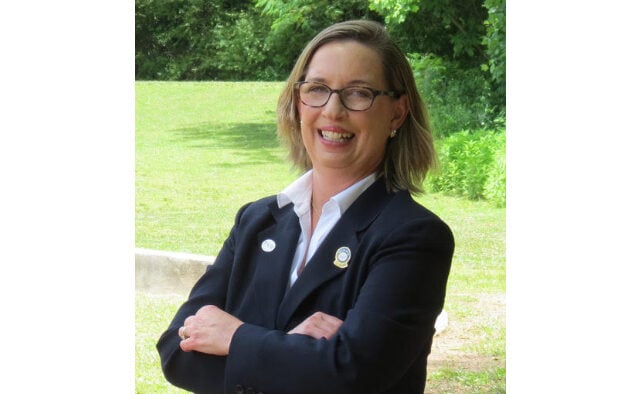 Tucker, GA — Cara Schroeder won the final seat for Tucker City Council in a Nov. 30 runoff against Imani Barnes. The District 2, Post 1 seat was split between the candidates on Nov. 2. As the runoff election numbers rolled in last night, Schroeder maintained a lead until the race was called in her favor shortly after 10 p.m.

“It’s been a long race, but am I so thrilled that the end result is that I am going to be the City Council District 2, Post 1 councilmember for Tucker,” Schroeder said.

Schroeder has been active in DeKalb County and Tucker since graduating from Emory University. She is known for her dedication to parks. She has served as a board member of Tucker Civic Association, created the Rivers Alive clean-up program, served as vice president of Friends of Tucker Parks, and was a founding member of Henderson Park Community Garden.

Schroeder said she has an incredible amount of gratitude and appreciation to each neighbor who returned to the polls to vote in the runoff election.

“I promise to make informed decisions to impact quality of life,” she said. “As with most cities, the challenge for Tucker is going to be growth and how we manage it to keep small-town feel and preserve the love of the city at the same time.

“I am ready to get started. I am going to work with the city and Team Tucker to transition in. I look forward to learning as much as I can from Matt Robbins, Michelle Penkava and Pat Soltys who are all rotating out, and I look forward to creating a good team for the next 4 years with the new council.”

Schroeder said she welcomes everyone who lives in the city of Tucker to reach out. Residents can reach Schroder at [email protected] until she receives an official city email address.

“I welcome them to the table and look forward to representing them,” she said.

Barnes did not respond to a request for comment.

City Council will hold its final meeting of the year on Dec. 13.  Schroeder will be sworn in on Jan. 11.