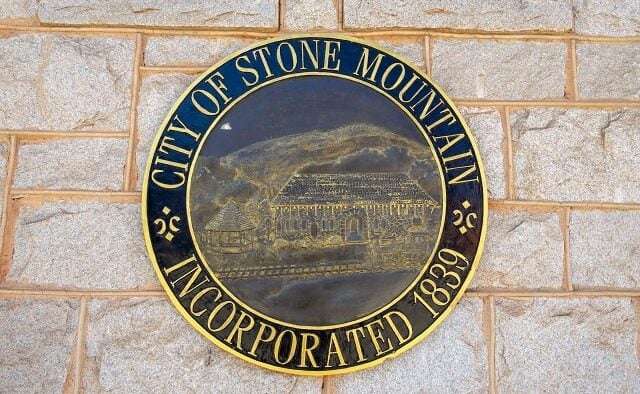 Stone Mountain, GA – The Stone Mountain City Council held a special called meeting as well as a work session on the evening of December 14, where they discussed park renovations, the intergovernmental agreement with the DDA, the FY2022 budget, and more.

The meeting was held virtually due to the ongoing COVID-19 pandemic. This meeting was also Mayor Patricia Wheeler’s last meeting before her retirement, and the last Stone Mountain city council meeting of 2021.

In the special called meeting, City Manager ChaQuias Thornton shared a document clarifying the appointment of Clark Patterson Lee as Engineer of record for the city.

“For clarity, the appointment is not a consideration of contract terms,” Thornton wrote. “The appointment, however, is an allowance ordained within the city’s purchasing procedures. … The purpose of the appointment of service providers for record is to maintain an efficient flow of operations for regular, professional services to be rendered by the appointed provider without the need to bid the services in each instance that the service is needed.”

According to the document, the engineer’s duties include “[providing] engineering services for scheduled and special projects, storm water system analysis and inspection (relative to MS4) reporting, erosion control and sedimentation inspections for active construction (regulated service).”

The motion to approve the Intergovernmental Agreement between the Downtown Development Authority and the City Council was tied, but Mayor Wheeler broke the tie with a “yes” vote, passing the motion. “I’m hopeful that with the new DDA director and the things that she’s been doing, that we can move forward next year and see something very positive with DDA.”

The council then discussed the following improvement projects at the city’s parks:

-​​ Renovating the restroom at Leila Mason Park to make it ADA-compliant.

The City Council approved this project.

– Grading and adding turf the baseball fields at McCurdy Park to improve drainage and performance.

The council replaced that last item with a lease agreement between the City of Stone Mountain and VFW Park Community Garden, which they say will widen the scope of the project. The improvements to McCurdy park were pushed forward to the next meeting.

Councilmember Gina Cox is concerned about the estimated cost of the project, saying it is not what the council previously approved.

“We gotta have some protection against the hoodlums stealing stuff, so I know that’s a little extra cost,” said Councilmember Diana Roe Hollis. She stated that all the parks should have safe, clean restrooms for the public to use.

Mayor Pro Tem Chakira Johnson said, “We keep talking about putting money in the parks, and then whenever we get to a point where we’re about to put money in the parks, we keep getting sidetracked or delayed. I think we need to do this and move forward with all of the recommendations from the parks committee.”

– The council approved program delivery services with City Engineer Clark Patterson Lee not to exceed the amount of $57,700.

– The council approved renewal of body camera data storage and licensing for the police department for the next five years at a cost of $7,344 annually.

– The council completed their second read of the FY2022 budget and approved initial year-end amendments to the FY2021 budget.

– During public comments, a resident asked why the DDA is funded through an IGA and not as a department. Another resident thanked city officials for their work on the Christmas parade.

– It was announced that the DDA meeting that was scheduled for December 27 has been moved to January 10, 2022.

– Several new ordinances were introduced in the city council’s work session, including the appointment of the elections superintendent for 2022, setting the election qualification fees for 2022, and an open container resolution for the Mardi Gras parade to be held on February 26.

– Stone Mountain is submitting a grant application to the Georgia Transportation Infrastructure Bank. If the city receives the grant, one of the intersections that will be improved is Mimosa and Main Street, which council members said don’t currently meet roadway regulations and are both unsafe and unsightly.

“We believe there will be a great impact on pedestrian safety there, and a great impact on the flow of traffic at that particular intersection,” said City Manager Thornton. The city is applying for a grant of $1,833,680, based on a cost estimate. The city will know if the grant was awarded by approximately mid-February.