Tucker has made little progress on passing nondiscrimination ordinance

Tucker has made little progress on passing nondiscrimination ordinance 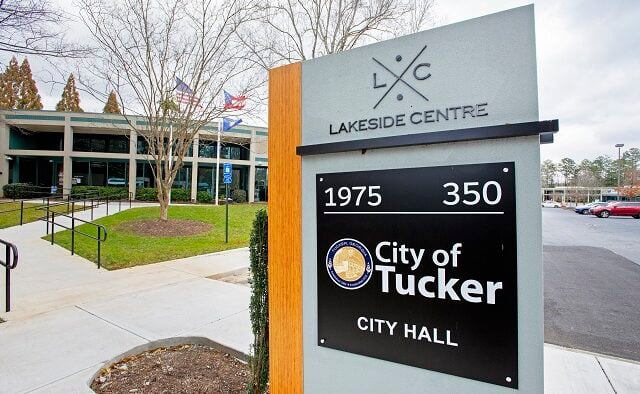 Tucker, GA — Two months after the Tucker City Council passed a “to provide an inclusive, fair and welcoming city” and “to ensure that all people have equal access to employment, housing and public accommodations,” there’s been little progress on crafting a nondiscrimination ordinance.

Mayor Frank Auman walked on a nondiscrimination resolution at a Tucker City Council meeting on Oct 12, which the council approved. After the meeting, Councilmember Anne Lerner confirmed she would work with Councilmembers Matt Robbins and Pat Soltys “to create a framework for a working group that can conduct further study.” Auman gave no advance warning to anyone involved in the NDO about the plans for a special-called meeting to discuss the nondiscrimination resolution.

Since that meeting, not much has happened, despite residents’ calls for action.

The NDO never appeared on the city’s agenda. Instead, the NDO became a major issue during the 2021 municipal election, with nearly every candidate coming out in favor of it.

“I’ve long wanted to pass a resolution confirming that we as a city, in fact, embrace our diversity and seek to protect all people from discrimination,” Auman said.

The first step toward an NDO was the formation of a committee, spearheaded by Lerner and the other councilmembers.

But a statement from the city indicated there will be nothing to report until 2022.

“Per Councilman Robbins, there will not be an update on the NDO until after the holidays,” said Matt Holmes, Tucker communications and operations director.

Lerner said, “Councilmembers Soltys, Robbins and I met for an initial brainstorm to ensure all stakeholder groups will be included. We’ll meet again the first of the year to begin our outreach to community members about serving on the committee.”

Tucker Open Door’s statement in October pushed for a legally enforceable NDO and said the resolution passed in October did not go far enough.

“The sentiment expressed in their resolution is commendable,” read the statement. “After two long years of diligently answering questions and educating the Mayor and City Council members, it’s a testament to the power an election year holds that the Tucker Open Door community was able to make the nondiscrimination ordinance a pivotal issue in our local elections.”