UPDATE: Arrest warrants issued for man accused of kidnapping woman in Decatur, shooting her in leg

UPDATE: Arrest warrants issued for man accused of kidnapping woman in Decatur, shooting her in leg 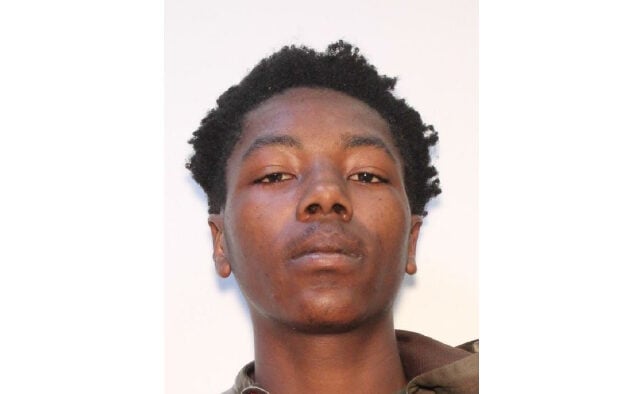 Arrest warrants have been issued for 20-year-old Torrence Hall of DeKalb County. He's accused of kidnapping a woman in Decatur, robbing her and shooting her in the leg. Photo provided by Decatur Police.
Share

Here is our previous story….

Decatur, GA — Decatur Police announced on Jan. 13 that arrest warrants have been issued for a man accused of kidnapping a woman from North Arcadia Avenue, robbing her and shooting her in the leg.

“Arrest warrants have been issued for 20-year-old Torrence Hall of DeKalb County for one count of kidnapping, one count of hijacking a motor vehicle, one count of aggravated assault and one count of armed robbery for a case that occurred on December 30, 2021 in the 200 block of North Arcadia Avenue,” the Police Department said in a Facebook post. “If you have information regarding the whereabouts of Torrence Hall, please contact the Decatur Police at 404-373-6551 or contact Crime Stoppers Greater Atlanta at 404-577-8477 and remain anonymous.”

At about 8:54 a.m. on Thursday, Dec. 30, Decatur Police were notified of a kidnapping that happened within the 200 block of North Arcadia Avenue around 7:30 a.m.

A male suspect approached an adult female and forced into her vehicle at gunpoint. The man ordered the woman to drive to several ATMs in the area and withdraw funds from her account, according to a Facebook post from Decatur Police.

The man had the woman drive to an ATM in the 3400 block of Memorial Drive. At this location, the man shot the victim in the leg. The suspect fled the scene, and the woman drove herself to an area hospital with non-life-threatening injuries.