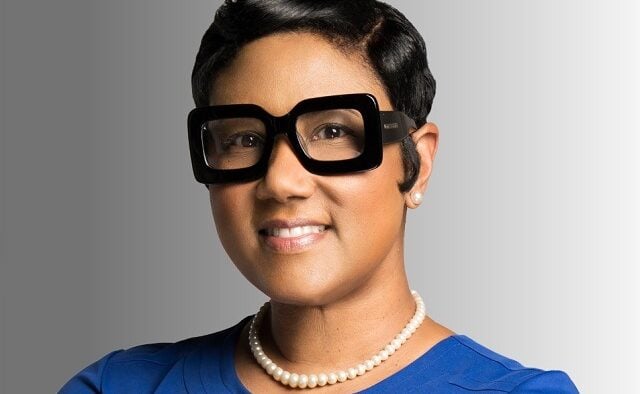 On a webinar convened by District 7 County Commissioner Lorraine Cochran-Johnson, community leaders from both the public and private sector gathered to learn more about the current realities and discuss potential solutions.

“Our homeless population is about to increase in ways you have never seen,” said Carne Mahone, executive director of Morningstar Urban Development, which provides counseling and assistance to lower-income homeowners and renters at risk of foreclosure and eviction. “If you think it is bad now, you just wait.”

Her company is currently overwhelmed with renters who have good credit and housing history, but are facing homelessness because the property owner wants to take advantage of rising home prices and sell. Still others are behind on rent or in default on their mortgage due to job loss during the pandemic, she said.

They will be joining the already large number of people who were priced out of available housing before the pandemic.

DeKalb County has about 4,600 available housing vouchers to subsidize rent for lower-income DeKalb residents, said John Corcoran, president of the Housing Development Corporation, which works with the DeKalb Housing Authority to provide affordable housing in the county. DeKalb currently has a waiting list of 45,000 people who qualify for vouchers, but there are none available.

“We do prioritize county residents, but we typically only are able to move someone off the waiting list when someone else leaves the program, or they pass away. It is not even like we have 4,600 available every year. It’s just a small fraction of that and it isn’t enough,” he said.

And it’s not just renters and lower-income borrowers who are feeling the pinch, added Fariz Morani, a mortgage loan officer with Access Loans and Financing. Middle- and higher-income earners looking to buy a home in DeKalb are getting into bidding wars with real estate investors who can afford to make all-cash offers and waive contingencies.

“I have seen people take money out of 401(k)s or burning through their savings to get into these homes,” he notes. “I always advise people not to overpay a significant amount [above list] because the market won’t be like this forever. There are other ways we can talk about being competitive without paying too much to compete with investors.”

Most buyers have already had to do away with traditional protections like appraisal and inspection contingencies, if they want to be the winning bid.

At the core of the housing crisis is a lack of supply. There is not enough housing in DeKalb or metro Atlanta to meet demand, which causes prices to increase.

This shortage is an ongoing national problem, driving up housing costs for both buyers and renters across the country.

Adding fuel to the fire, the rising home prices have attracted Wall Street investment firms that are buying up multifamily and single-family properties as investment vehicles, further driving up prices.

Competing with investor cash are DeKalb County residents, who are paying increasingly more money to stay housed without corresponding increases in wages.

“More than half of all DeKalb residents meet the definition for cost-burdened households, in that they are spending between 30 and 50 percent of their income on housing,” said Allen Mitchell, director of DeKalb County’s Department of Community Development.

A benchmark for affordability is housing that consumes less than a third of household income.

Additionally, many of the homes that are still falling in the affordable range for a majority of the population are not located near the major job centers, he added. “So, in addition to the direct costs for housing, they have additional costs for transportation.”

To address the housing shortage, local churches are considering using some of their land for affordable housing, said Chianti Harris, staff pastor for outreach and community development for The Greater Piney Grove Baptist Church and the executive director of The Grove Community Development Corporation.

The Piney Grove leadership realized years ago that the land that they have is a valuable resource for the community, and they wanted to use that resource to serve the surrounding community in a way that was needed, Harris said. They were able to partner with an affordable housing developer, Georgia Communities, Inc., to build Grove Gardens.

“As churches, a lot of us have land and space that can be utilized for housing in different ways,” Harris said. “I want to encourage other churches to look at that. Look at maybe some space that is not being well utilized and consider building some kind of affordable housing. Because everyone should have a safe place to live.”

“Our goal was to develop 100 either rehabbed or new affordable homes for sale to  low, moderate and middle-income homebuyers,” said Susan Adams, ANDP’s director of operations.

While many nonprofits were targeting parts of the city of Atlanta, ANDP wanted to focus on the more suburban communities in the metro area south of I-20.

During her remarks, Adams noted that, in addition to providing a place to live, homeownership is key to building wealth for most American families. And there is a significant racial wealth gap that is a lingering effect of decades of housing discrimination against Black Americans.

“Ninety-two percent of the wealth of the typical American family is in their home,” she explained. “But we have a homeownership gap between white and Black households of more than 30 percent. That is a greater gap than it was in 1968 when the Fair Housing Act was passed.”

Because homeownership is so closely linked with building personal wealth and economic stability, ANDP wanted to focus on affordable homes for purchase.

The DeKalb County Department of Community Development was a key partner for them in identifying charitable and other funding opportunities as they finished those 100 homes.

The efforts of Piney Grove CDC and ANDP represent what can happen when groups of people in different areas come together to devise solutions, Commissioner Cochran-Johnson said, but more is needed.

Government officials at the state and local level also need to do more to curb predatory tactics used by some investors to target and harass older DeKalb homeowners into selling their homes.

And more education is needed for longtime homeowners, so they understand the programs that are available to help them keep up with home repairs, stay in their homes, and avoid predatory lending scams and other problems.

Senior homeowners are eligible for a property tax freeze to prevent them from having to sell because they can’t afford the rising taxes that come with the newer, higher assessments, for example.

Carne Mahone, from Morningstar, said that the county really needs to first understand the scope of the need and then develop a comprehensive plan to address it.

“When you talk about $20 million, that’s not a lot of money when you realize that there are that many people [20 million] who need help just in the state of Georgia,” Mahone said. “But no one can put a number on it. What is the total cost of what would be needed to get to enough affordable housing in DeKalb County? We need to know what that number is, and then we need to figure out how to build it.”

It will take more than just the will of elected officials and some nonprofit partners, she believes. But a shift in priorities for the county at large.

“We have real estate agents and brokers on the line today, and you all have to get involved in making more people homeowners instead of just selling to investors just because they have cash,” she said. “We understand cash is king, but come on! Someone who is trying to raise their children and make a living and all they want is a safe, affordable place to live, but they can’t compete.”