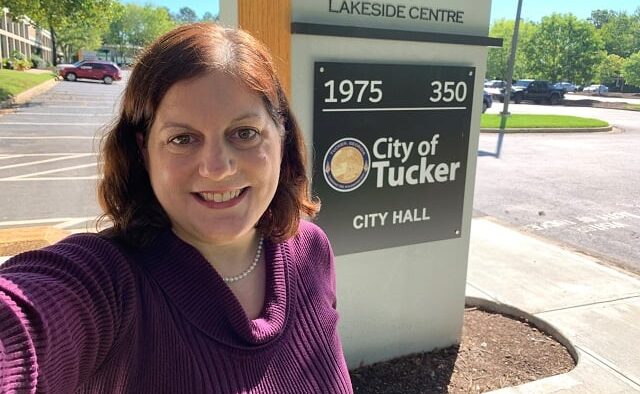 Tucker, GA — Tucker City Council members voted to approve mayor-nominated appointees for city boards and commissions at a special called meeting on Jan. 24, despite public calls for a more diverse set of volunteers.

The city’s boards and commissions are now comprised of five women and 21 men. The appointees also are overwhelmingly white. According to the 2020 U.S. census, the population of Tucker is 52.3% white and 36.7% Black.

Councilmember Alexis Weaver was the only one to vote against the three all-male slates for Public Facilities Authority, Urban Redevelopment Agency and Downtown Development Authority.

Weaver did not comment at the meeting. She later released a statement on social media:

“I was disappointed that of the 12 nominees put forward, only two were women. Women were already significantly underrepresented on these five boards and commissions. So tonight, I voted to confirm the two slates of nominees which included a woman nominee. However, I voted against confirming the three all-men slates of nominees,” Weaver wrote.

“I believe that diversity is Tucker’s greatest strength and that our boards and commissions should reflect the varied diversity of our community. I hope my votes serve to emphasize this conviction that representation matters. We must have the experiences and skillsets of women represented and equitably so at all decision-making tables.”

Mayor Frank Auman, in response to Weaver, published his own statement.

“When we combine diversity of thought and unity of purpose, Tucker grows stronger,” Auman said. “The composition of our boards and commissions reflects those values, and the experience and skillsets of these devoted members of our community will serve us well into the future at every decision-making level. Please thank and congratulate them at your first opportunity!”

Two women were nominated. Karen Peters Rivers, one of the Black women who ran for City Council in 2021, was appointed to Planning Commission, and Andrea Bennett, an attorney with city planning board experience, was appointed to Zoning Board of Appeals.

Shawn Woods, one of the first Black men to run for Tucker City Council, said people want to know what the city is doing to be more inclusive and represent every member of the community.

Several City Council candidates campaigned on diversity and inclusion in 2021.

Councilmember Cara Schroeder wrote during her candidacy in her own words that she is “committed to appointing community members that reflect the city’s diversity and to ensure inclusion of all Tucker residents.”

Schroeder told Tucker Observer, “I voted to appoint five new volunteers to our boards and commissions – two women, one of whom is African-American, and three men, two of whom are African-American. These volunteers will offer a great deal of expert advice and I know they are committed to the city of Tucker becoming a great city.”

During his campaign, Councilmember Roger Orlando said “diversity will improve and succeed by all individuals gaining a sense of acceptance, understanding that they have a voice in our government through me … and City Council.”

Orlando told Tucker Observer that in a meeting before the vote, Auman presented him “with a number of appointees of diverse character.”

“I was especially pleased that Mayor Auman nominated Karen Peters-Rivers to the Planning Commission,” Orlando said. “As you will recall, Ms. Peters-Rivers was the opposition candidate for my council seat during this last election. Through that experience, I learned of her desire for such diversity and of her passion for the city of Tucker. I was proud to vote in support of her nomination. Additionally, I have known Andrea Bennett, also of District 1, for close to two decades and I know her as an extremely intelligent attorney as well as of her desire for public service to the city of Tucker. She, too, had my full support and pride in voting for her nomination to the Zoning Board of Appeals.”

City code states councilmembers and the mayor may serve as ex-officio members of such boards, commissions, or authorities without a vote. Honey Van De Kreke, who served as a City Council member, now serves on the Downtown Development Authority.

The charter also states that any vacancy “shall be filled for the unexpired term in the manner prescribed for original appointment,” however, when Jessica Vargas left the Zoning Board of Appeals in September 2021 the vacancy was not immediately filled.