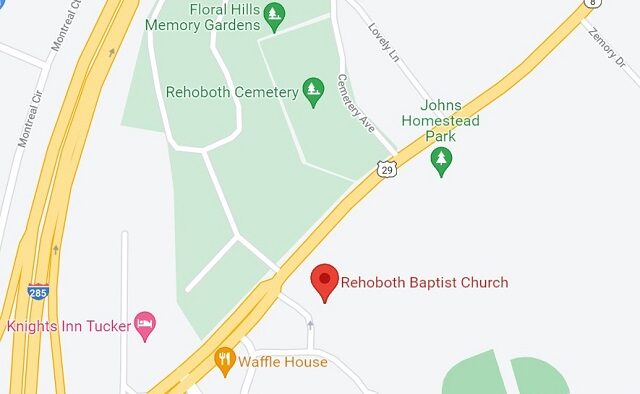 Tucker, GA — DeKalb County Police on Nov. 12, 2021 responded to a report of a body found behind Rehoboth Baptist Church near Johns Homestead Park in Tucker.

The body — skeletal remains with some clothing — was located by a survey crew.

According to the DeKalb County Medical Examiner’s Office, the body hasn’t been identified. Deputy Chief Investigator Kyle McGlamery says the body belongs to a male and the death doesn’t appear to be a homicide, but that’s about as much as his office knows. When a reporter called him seeking comment about the case, he said he was hopeful that the call was to provide a tip that might identify the deceased.

“The biggest thing we’re trying to figure out is who that person is,” McGlamery said. “It was skeletal remains. It wasn’t someone we could just fingerprint and easily identify who it was. That’s what we’re working on right now.”

He suspects the person was homeless and asked readers for help.

“If any of the readers know in that area a homeless person that frequents that area, by all means give them our number and have them call us,” McGlamery said.