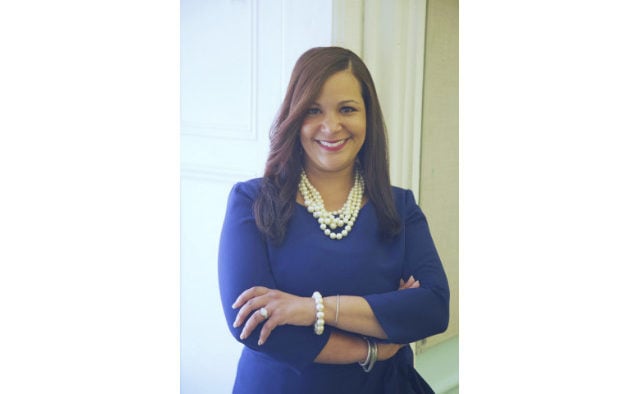 “The state of our district as felt by our scholars is sound,” asserted Watson-Harris.

She spoke of the difficulties the district has faced, including teacher and bus driver shortages, learning loss for students, supply chain delays for needed supplies, mental health concerns, new COVID variants, and other aspects of the ongoing pandemic.

“We showed up, and we continue to show up, to make sure that our children are well,” said Watson-Harris.

She pointed out achievements amid the difficulties. DeKalb County School of the Arts, DeKalb Early College, and Arabia Mountain were all listed among the 2021 best high schools in the country by US New and World Report. Smoke Rise Elementary was one of two schools in Georgia to be recognized as a 2021 School of Distinction.

Watson-Harris spoke of an approach where the district seeks to give students positive, empowering experiences while removing barriers to achievement. She pointed to increases in SAT and ACT scores, along with increased CCRPI scores in the majority of schools.

The superintendent acknowledged gaps in student performance and literacy rates, but said the district has developed a structured set of milestones and interventions to keep students on track.

In addition, the district has sought to maintain and expand diverse educational offerings. “We have the largest number of STEAM certified schools in all of Georgia,” said Watson-Harris.

Watson-Harris stated that the district is seeking to improve recruitment and hiring of staff, including making sure staff diversity reflects the student body more closely. She said that while the district had improved pay and benefit packages, they needed to be improved further in order for the district to remain competitive.

In addition to competitive packages for teachers and other professional staff, the district plans to offer a living wage to its lowest-paid staff.

Watson-Harris emphasized the progress that the district has made in managing its finances, including successful audits and timely reports. She promised further improvements including outside reviews of E-SPLOST projects and dashboards that will allow the public to see the progress of specific projects, with the goal of increased transparency about how and where the district spends money. She went on to specifically mention HVAC and roof repair projects as a priority.

In addition to increased financial transparency, Watson-Harris described district goals for the future which include reaching underserved  students, mental health and wellness for both staff and students, and increasing engagement with families.

“We are removing the normalization of failure, and we are holding ourselves accountable for a new level of excellence,” said Watson-Harris.