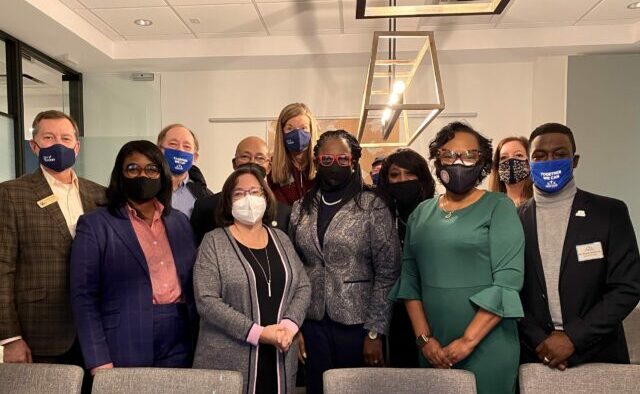 Tucker, GA — DeKalb County School District Superintendent Cheryl Watson-Harris met with a group of DeKalb County mayors January 12 to discuss the district’s Comprehensive Master Plan and how cities and the school district can collaborate in the future. 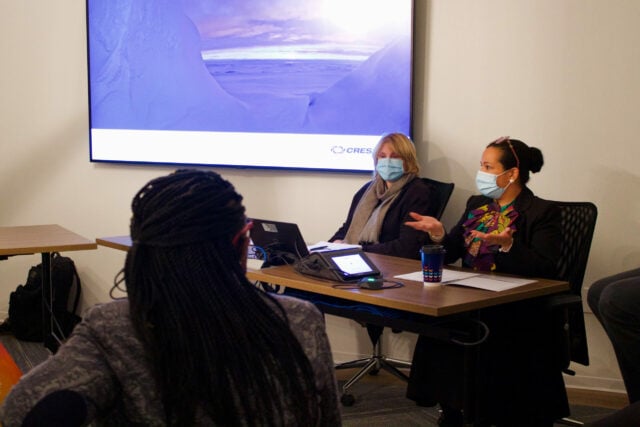 In his introductory remarks, Auman stated that about 45% of DeKalb’s population lives in cities, and that the DeKalb Municipal Association seeks ways to work collectively with the school district. “Schools, as you know, drive everything we do as cities. Your success is our success. So one of the things we are in the process of doing is forming an education committee,” said Auman. He added that the DMA would like to set up regular meetings with the school district to foster better communication.

Orson said that he welcomed the opportunity for increased communication, and added that the district should make sure that DeKalb County elected representatives are also at the table. 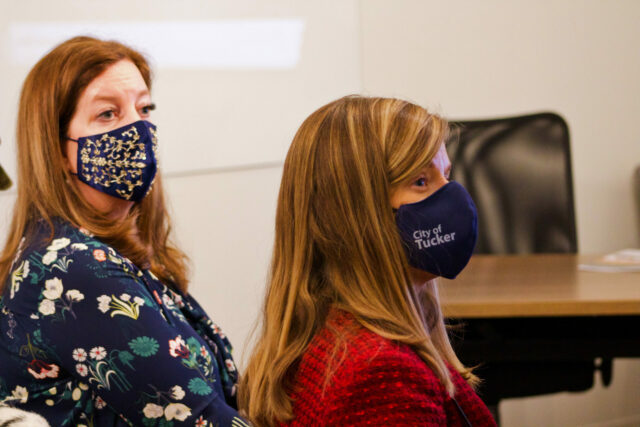 DeKalb County School Board members Anna Hill and Allyson Gevertz attended a meeting with the superintendent and members of the DeKalb Municipal Association to discuss the district’s comprehensive master plan. Photo by Zoe Seiler.

DeKalb County Schools Director of Planning Hans Williams and Barbara Crum of the architecture firm Perkins & Will offered an overview of the district’s Comprehensive Master Plan. The plan, which has been previously reported on by Tucker Observer, aims to address overcrowding in some areas of the county, underutilization in others, and ongoing needs for repair of buildings throughout the district. New early learning centers will be built throughout the district. Some schools will be consolidated and a new Sequoyah cluster will be created. Some elementary schools may be converted to K-8 configurations to relieve middle school crowding. Among other projects, new Clarkston Middle and High Schools will be rebuilt or refurbished, and a performing arts academy is planned in Avondale Estates.

Stone Mountain City Council member Clint Monroe stated that the reading scores at Stone Mountain Elementary were very low and had dropped further because of the pandemic. “Facilities upgrades are wonderful. I want to hear about program upgrades so that our kids can learn to read,” said Monroe, adding that reading is fundamental to every other aspect of education.

Watson-Harris said that she was very aware of the student learning data and that existing intervention programs were starting to show results. “We are looking at early literacy campaigns and that’s something we could all partner around,” said Watson-Harris, adding that making sure that children get early exposure to vocabulary makes a big difference in reading scores and comprehension later. 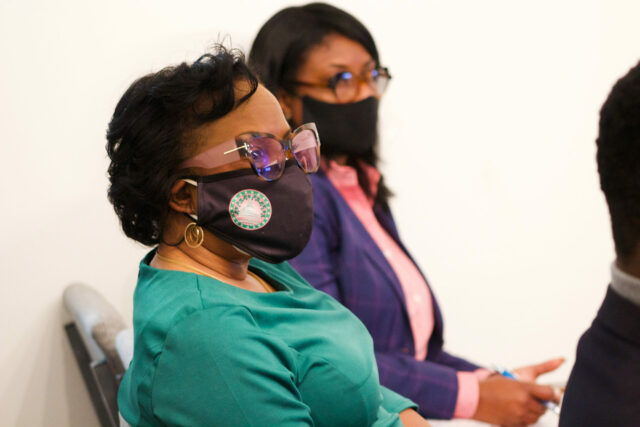 Clarkston Mayor Beverly Burks joined members of the DeKalb Municipal Association to meet with the DeKalb County Schools superintendent and School Board on Jan. 12 to discuss the district’s comprehensive master plan. Photo by Zoe Seiler.

Watson-Harris said that especially among immigrant populations, many students had taken jobs during the pandemic that had become important to supporting their families. “We have an existing team that is working on those issues,” she added.

Elmore asked how firm the recommendations of the CMP were. Williams explained that while the CMP is a set of recommendations that will be accepted by the DCSD Board, each individual project must be funded and approved by the board. Elmore stated that he felt that a clear commitment to a plan helped to foster public confidence.

Reynolds asked about the status of Stoneview Elementary, Lithonia Middle and Lithonia HS. She stated a need for better communication from the school district. 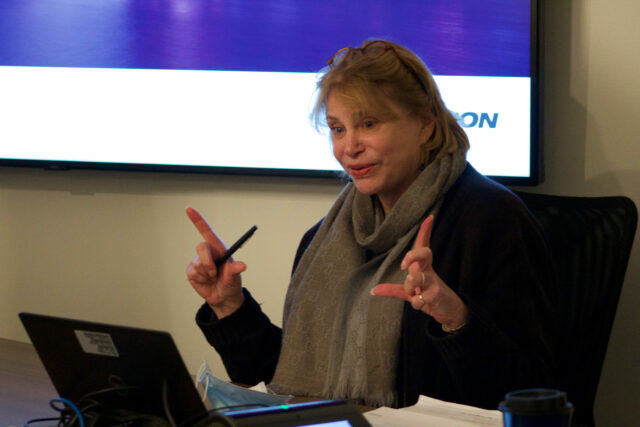 Barbara Crum of the architecture firm Perkins & Will discussed DeKalb County School’s comprehensive master plan with the superintendent, School Board members and the DeKalb Municipal Association on Jan. 12 at Tucker City Hall. Photo by Zoe Seiler.

Watson-Harris said in an effort to improve communications, the district will create a dashboard so that the public can check the status of each project as it is recommended, approved, and implemented.

Jones, who said she substitute teaches “as a hobby,” noted the state of disrepair of schools in Stone Mountain, and asked how the district planned to address those problems in the interim.

Those sentiments were echoed by Deutsch, who stated that 25% of Dunwoody High School students are in trailers even after the drop in enrollment caused by COVID, and that the plans for remedy will be a long time in coming.

“Every decision you make impacts our cities, it puts strain on our police departments, helps or hurts our property values, affects economic development, and all that. We want to be your partners,” said Deutsch. She stated that problems with the new elementary school in Dunwoody could have been avoided, and that it would be beneficial for the district to consult professional staff in cities and the county government early in the planning process.

“It would be great to be involved in the discussion before you get to a critical decision-making point,” said Auman. 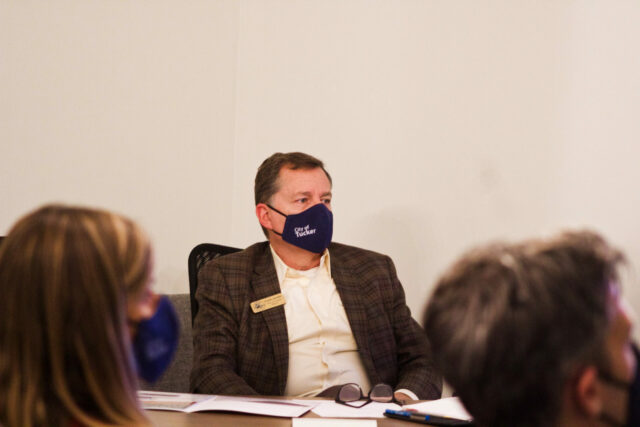 Tucker Mayor Frank Auman and members of the DeKalb Municipal Association met with the DeKalb County Schools superintendent and School Board members on Jan. 12 to discuss the district’s comprehensive master plan. Photo by Zoe Seiler.