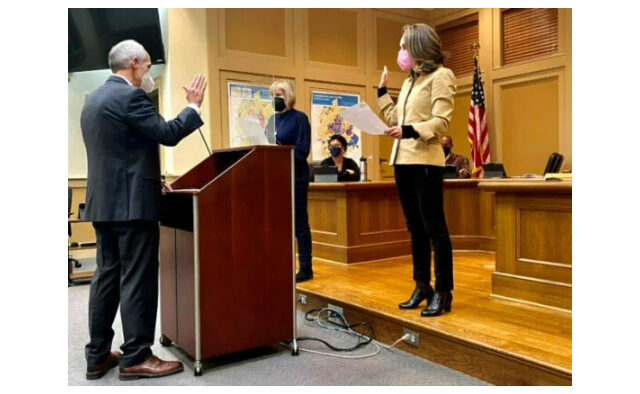 Going into another term, Garrett is looking forward to working on the downtown master plan, amending the city’s tree ordinance and implementing other plans the city has in place, such as the strategic plan.

“I also feel like it’s a real opportunity to see how we can move forward together in our equity issues and addressing climate change — those two things that sort of wrap around all of our decisions,” Garrett told Decaturish. “As we make decisions, are we making sure that those two things are being considered and embedded in the decisions that we make because that’s what our strategic plan calls for, and I think it’s what our residents want.”

Walsh is also looking forward to implementing the strategic plan and keeping the work of the City Commission at the highest level possible.

“We’re already a high functioning, healthy, resilient city, so I think it’s about pushing ourselves and just always knowing we can stretch,” Walsh told Decaturish. “In our last 10-year plan, I think some things around the economy drove a lot of what we did to be crashed into the last few years, from a growth standpoint. I’d like us to be hard charging on the front end.”

She also hopes to accelerate the strategic plan and take a close look at the racial and social justice action items to make sure the city is doing the most intersectional work it can in the first couple years of the 10-year plan.

Downs has served as the city attorney since 2000. The City Commission thanked Downs for his service as they reappointed him.

“I have been impressed by his legal acumen and his creativity in helping us address some pretty challenging issues…,” Commissioner George Dusenbury said.

— In other business, City Manager Andrea Arnold said the city is also not being spared by the Omicron variant of COVID-19, as dozens of employees have tested positive for COVID-19 over that last couple weeks.

“At this point, we’re doing everything that we can to maintain our high level of service. Also, at this point the only service change that we have made is the suspension of the collection of yard trimmings,” Arnold said. “We are doing the best that we can with the people that we have. I do believe that we’re doing everything in our power to keep our employees safe and healthy.”

The city has a COVID-19 vaccination policy in place, which requires employees to get vaccinated or test twice a week.

“I believe our policy is working because we are catching cases with our testing,” Arnold said. “While it feels a little bit like a wildfire, in terms of the disease going through our departments, I also believe that we’ve been able to halt the spread through the testing. As of today, we do have 11 full-time employees who are out sick. That’s about 6% of our full-time employees.”