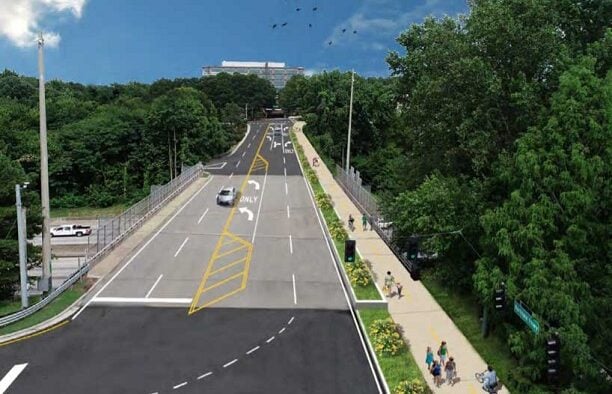 A rendering of a proposed three-mile multi-use trail to connect Tucker’s downtown to the bustling Northlake retail district. Photo obtained via the city of Tucker
Share

The trail will need additional funding from the city and the Tucker-Northlake Community Improvement District.

“Anytime your city is awarded this kind of grant, it’s a big deal,” Tucker Mayor Frank Auman said in a press release. “This trail was first proposed back in 2005 by the Atlanta Regional Commission’s (ARC) Livable Centers Initiative (LCI) and has been included in subsequent LCI updates. It’s a project that, when the time comes, our council will look forward to gathering public input and making a decision on how to proceed.”

“With council approval, this project will help close the gaps between residential and commercial property in Tucker and provide an opportunity for regional connectivity,” Tucker-Northlake CID Executive Director Matthew Lee said in the press release. “From the pedestrian bridge over Fellowship Road to the shared use path across I-285 at Northlake Parkway, the proposed Tucker-Northlake Trail will bring people together in ways that haven’t been available.”

The trail will start at Tucker’s future town green in downtown Tucker and will stretch all the way to Northlake Mall, which is undergoing a massive redevelopment. Emory Healthcare has leased 224,000 square feet of office space there. The trail is described as a “predominantly off-road greenway with some side path segments.”

The trail will also share a connection with the Top End I-285 Regional Trail, connecting it to the Peachtree Creek Greenway, the PATH 400, the Silver Comet Trail and other trails, the press release says. Preliminary engineering could begin later this year and right of way acquisition could start in 2023, the press release says. The city and CID are eligible to apply for more grants to fund future phases of the project.

“The Tucker-Northlake Trail route is a part of the City’s 2018 Trail Master Plan, which lays out a network of more than 30 miles of multi-use trails throughout the City of Tucker,” the press release says. “The Trail Master Plan can be viewed online at https://www.tuckerga.gov/plans_and_studies/trail_master_plan.php.”