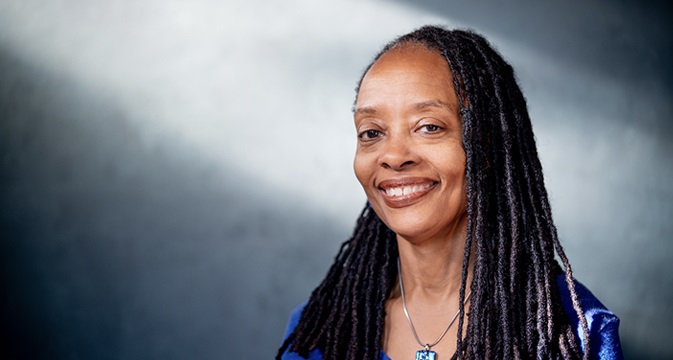 Pine Lake, GA — Valerie Boyd, a Pine Lake resident, University of Georgia professor and award-winning author, died on February 12. A memorial service has not yet been announced, although her neighbors in Pine Lake held a spontaneous candle lighting for her on February 13. Her family requests that donations in her name be given to the Black Women’s Health Imperative.

State Sen. Kim Jackson praised her influence on her community as a writer and “a woman who inspired so many to take a leap of creativity in their own writings.”  Jackson asked for a moment of silence in her honor at the Georgia State Capitol. Pine Lake Mayor Melanie Hammet said, “Valerie contributed to the character of our city—and will continue to do so for years to come. I’m grateful to have been both her friend and her Mayor.”

Born December 11, 1963, Boyd is best known for her biography of Zora Neale Hurston, titled “Wrapped in Rainbows: The Life of Zora Neale Hurston,” which won the Southern Book Award for best nonfiction of the year in 2003. The Georgia Center for the Book named it one of the “25 Books All Georgians Should Read,” while Boyd was named Georgia Author of the Year in nonfiction.

At different times Boyd served as arts editor for the Atlanta Journal-Constitution, editor at large for the University of Georgia Press, and senior editor for The Bitter Southerner.

She was the Charlayne Hunter-Gault Distinguished Writer in Residence in the Grady College of Journalism and Mass Communication at the University of Georgia, and with Nate Kohn designed a low-residence Master of Fine Arts program in narrative non-fiction and screenwriting.

The University of Georgia Library announced that Boyd will be inducted into the Georgia Writers Hall of Fame later this year.

Boyd was described by friends, colleagues, and neighbors as generous and tireless. “I called her the quiet storm, because she was involved with so many projects. She just made things happen. She was generous with funds, generous with her time, and she saw the best in people and encouraged that. She connected people with each other,” said Nivea Castro.

Castro, who met Boyd while visiting Pine Lake with a friend, described the effect of Boyd’s encouragement on herself and other aspiring writers. “I was running a workshop program, a summer writing program for emerging writers of color by accomplished writers of color, and she said yes. It was a big catch for me, and for the program,’ said Castro.

Her UGA colleague Booker Mattison echoed both Jackson and Castro’s description of Boyd, saying, “She was a dynamic, exceedingly kind and talented person who wasn’t threatened by other people’s genius. Rather, her interest was in developing other people’s genius, so there could be a multiplicity of voices who could speak as eloquently as she could in her own work.”

Mattison said that for about 10 years, Boyd was the only African American professor in the Grady College of Journalism and Mass Communication, and was very vocal that there should be more. He noted that he was the third African American faculty member to be hired.

Castro, who had been friends with Boyd, became her end of life doula as she struggled with pancreatic cancer. “A lot of people didn’t know she was ill, because that’s not what she led with,” said Castro, adding, “She did it her way.”

“I told her, oh Valerie, you will live on,” said Castro. “She was an amazing lovely human being who will live on.”