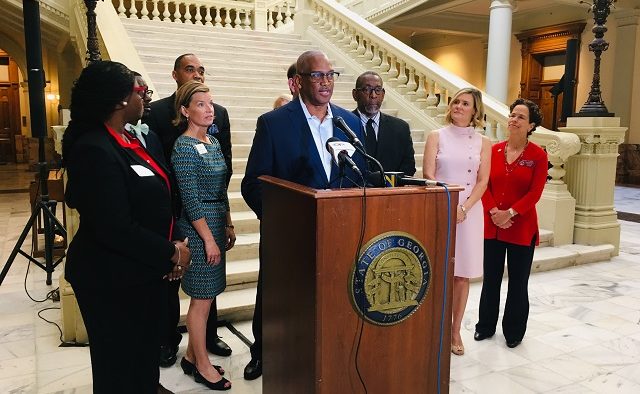 A proposal has emerged from State Sen. Emanuel Jones, to alter the DeKalb form of government by eliminating the two DeKalb County super district commissioners and creating seven commission districts of equal size. This is a flawed and incomplete proposal that only should be considered in a much more comprehensive charter review process. It would also have a significant unintended consequence of eliminating an important zoning protection for DeKalb neighborhoods.

The theory and practice of the super district is that these two members bring the Board of Commissioners a broader perspective about the needs of DeKalb. By their larger size, the super districts are more diverse than the smaller 5 commission districts. The super district commissioners must build consensus and bridge differences across this diversity to stay in office. In the politically divided world of 2022, having elected leaders who must build consensus across diverse communities should be recognized as an asset to local government.

What does make sense is a thorough review of the charter and the entire form of government in DeKalb with its elected CEO. The current charter (formally known as the Organization Act) was proposed after an in-depth study in 1979. After an approved voter referendum, it became effective in 1984. Individual legislators should not tinker with DeKalb form of government. It requires a careful study that minimizes unintended consequences. The structure of the Board of Commissioners should not be selected and imposed by state officials. The citizens of DeKalb deserve to vote on the form of government that sets tax rates and manages essential services. If elected officials recognize the need to improve local government, the DeKalb Delegation, the CEO and the Board of Commissioners should try once again to advance a charter review commission. After all, since the last charter review, the population of DeKalb has grown by 58%.

What is the optimum number of commissioners? Should there be super districts? What’s the proper balance between the legislative and administrative functions? Local governments vary in size and organization across the country. Finding the best fit for DeKalb won’t be easy, but it can be accomplished with political leadership, citizen leadership and professional experts in local government. Let’s get this study done now before the next CEO takes office in 2025.

Davis Fox is a retired city planner who has been active in DeKalb politics and government for 30 years.