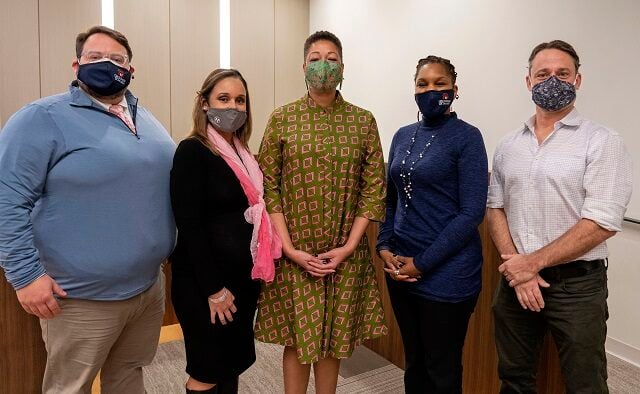 Decatur, GA — Education has been a central topic of the 2022 legislative session as bills have been introduced to ban “divisive” concepts from being taught in schools.

At least four bills would ban some instruction on racial issues if passed, including Senate Bill 375 and House Bill 888.

Two of the top bills, Senate Bill 377 and House Bill 1084, would not allow school district employees or the contractors to “act upon, promote, or encourage divisive concepts” in classrooms or employee trainings.

Banned concepts would include claims that the United States is “fundamentally or systematically racist,” that any people, are “inherently racist or oppressive, whether consciously or unconsciously,” according to Georgia Public Broadcasting.

The City Schools of Decatur School Board shared a letter on Feb. 10 detailing its opposition to these bills. The letter states the School Board “vehemently opposes” these four education bills.

“These bills threaten to harm students, cripple instruction, levy unfunded mandates, impede business, and undermine local control,” the letter states. “All of this would be in response to a ‘problem’ that doesn’t exist. Supporters might think this legislation would splash cold water on Critical Race Theory, but instead it would drown our ability to do basic schooling.”

SB 377 and HB 388, which would require the state to withhold 20% of its aid to a local school system found in violation, seemingly aim to protect students and staff by shielding them from being forced to adopt or uphold certain beliefs.

“Fortunately, neither CRT nor any other academically-rigorous approach to studying race, ethnicity, creed, color, or national origin involves compelled thought, speech, promotion, or activity,” the School Board said in the letter. “Georgians deserve legislation that doesn’t have its roots in disinformation, and Georgians deserve better than copy-and-paste legislation handed to them by Washington, D.C. ‘think tanks’ that don’t know Georgians’ needs.”

If enacted, CSD warns that these bills would harm students by limiting the schools’ ability to begin and sustain the work of addressing equity. The bills would scare educators into avoiding these subjects, or they could be accused of compelling a student or colleague’s belief or action.

“However, not having these discussions perpetuates harm to students who feel unseen, unheard, and unvalued,” the School Board said. “These bills would deny those students the caring adult support to examine past and present actions that have marginalized them or people who share their background or experience.”

The letter went on to say that the bills undermine educators’ abilities to advance educational outcomes for all students. The bills would require or recommend withholding 10-20% of state funding from school districts that violate the legislation. A 20% reduction in quality basic education funding for CSD would be equal to funding for 63 CSD teachers.

HB 388 would prohibit educational institutions from “compelling any individual to affirm, adopt, adhere to, profess or promote concepts in violation of certain federal and state anti-discrimination laws.” The bill would also prohibit educators from compelling or attempting to compel individuals to engage in or observe discussion of a public policy issue.

“This would erode teachers’ use of problem-based learning and development of students’ civic-mindedness,” the School Board said. “This provision means teachers could not conduct classroom debates about local bike lanes or school lunch, or even give students that first taste of democracy by having them write to their representatives about a topic the child and their family support. Rather than protect children’s First Amendment rights, this legislation cripples teachers’ ability to encourage students to exercise it.”

The School Board further stated that these bills hinder local school boards’ control over classroom and staff policies that reflect community standards.

“These bills have dangerous, ill-conceived provisions that would harm students and set Georgia education on an embarrassingly retrograde path,” the School Board said. “The bills purport to address a non-existent problem, and districts already have local mechanisms to identify and resolve actual problems. City Schools of Decatur urges the House and Senate to give these ill-informed big-government intrusions the ‘F’ they deserve.”