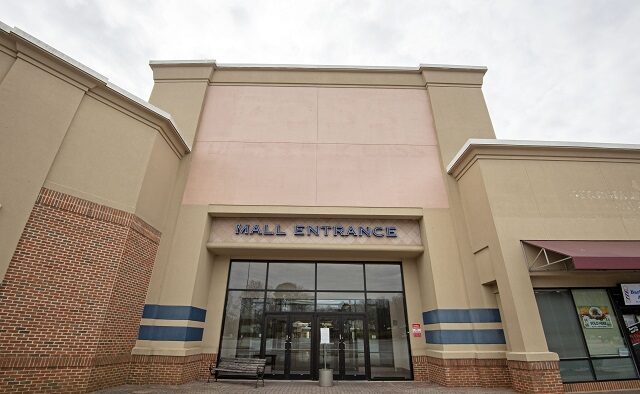 Greater Decatur, GA — North DeKalb Mall is once again being eyed for a massive redevelopment project. The developer – Edens – gave its first public presentation about the project on Feb. 22.

The meeting was held virtually via Zoom and streamed live on the Decaturish.com Twitch Channel.

To view the PowerPoint presentation from the meeting, click here.

Edens didn’t offer any news about potential tenants, other than to say the AMC Movie theater definitely isn’t going anywhere and that they’d like to keep the Post Office, too. 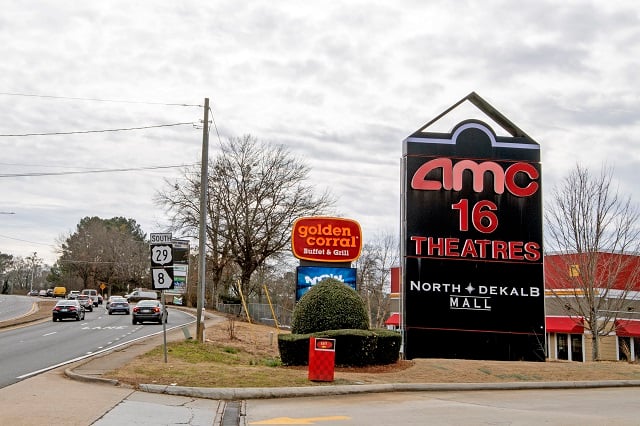 Herbert Ames, Edens senior vice president in the Southeast Region, did offer up his vision of a project that blends almost seamlessly into local neighborhoods, has a mix of tenants and is a community gathering space.

“At Edens, we talk about our purpose a lot,” Ames said. “… We know that when people come together they feel part of something much larger than themselves. We believe our work is larger than real estate. We’re in the business of humanity.”

Due to the virtual format of the Edens meeting, it was impossible to tell if the attendees were impressed, incensed or indifferent toward the plan for the mall. The format offered may have been “awkward,” as Edens attorney Dennis Webb put it, but it also afforded Edens an opportunity to avoid testy public confrontations. The company also turned off the chat function of the Zoom meeting, opting instead to take questions using the Q&A feature. The company has doggedly controlled the narrative about the project. Edens has said little to local media. Decaturish received a link to attend a virtual meeting Edens held a few weeks ago with some members of the community, but was asked to leave the meeting because the press hadn’t been invited.

Decaturish filed a records request with DeKalb County and learned that Edens is planning to balance out its residential and retail plans with public amenities. The plan, which is still preliminary and hasn’t been widely distributed, also shows nearly 50,000 square feet allocated for a grocery store, but doesn’t name the store.

If the community had a say, Trader Joe’s would be there, Webb noted. But Webb and Ames declined to discuss specific tenants or say whether a Trader Joe’s is in the mix. Ames said Edens has had “several conversations on the grocery front” and the retail front, too.

“We’re excited about those prospects, but it’s a little too early to speak specifics about specific retailers,” Ames said.

The mall was constructed in 1965 and was the first fully air-conditioned mall in the region when it opened its doors. The mall remains climate controlled but is now mostly empty as businesses have left. The AMC and Challenges Games and Comics are among the mall’s big draws, inviting foot traffic. The mall has also been used as a location for filming. And for drag racing. 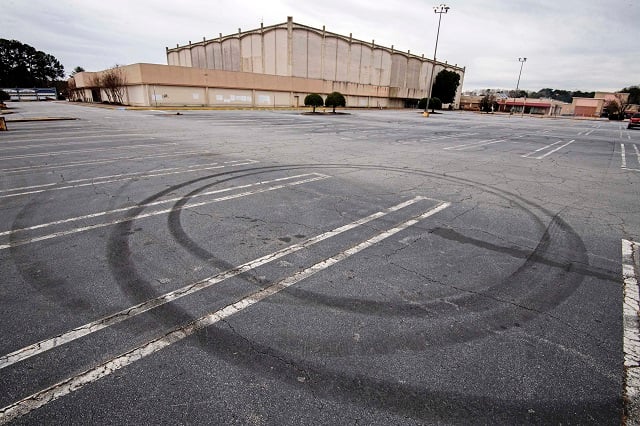 But the mall was once a vibrant center of civic and commercial life in the greater Decatur community. The pitch: With the right vision and plan, it could become vibrant again.

Ames aimed to please, showing the audience of about 200 viewers renderings with an abundance of green space and busy streets filled with happy people. Webb said the county only required 10% percent green space, but Edens is shooting for 25%. Edens is big on sustainability and recently reached its goal of making common spaces in its developments carbon-neutral. The park names were Lemon Park, Wild Honey Park and Promenade Park.

Lemon Park would anchor the retail and pedestrian zone.

“That’s where the energy will be focused,” Ames said. “That will be the heart and soul of the project.”

Wild Honey would connect with the proposed trail for the park, a project that involves the PATH Foundation. The trail would connect the redeveloped mall to nearby neighborhoods.

“The PATH foundation has been at the table,” Webb said.

So have neighborhood leaders. Edens met with neighbors in smaller groups to address concerns before the project received a full public vetting.

“That’s been a tremendous process and a lot of that feedback has been integrated into this plan,” Ames said.

For instance, the town home development would be placed on the western edge of the site, providing more of a buffer between the project and the neighbors. That was a neighborhood request, Ames said.

The developers confirmed there will be an affordable, or workforce, housing component to the site. The details on that are sketchy.

“The shape that takes is to be determined,” Webb said.

“The message we heard loud and clear is we want the transition from the heights to decrease as you move west,” Webb said.

Edens got a rare opportunity to put its best foot forward on Feb. 22, but the developer has a long way to go. Due to the project’s size, it will have to be vetted as a Development of Regional Impact by the Atlanta Regional Commission, which may not be a quick process.

Ames and Webb said the project will be created over eight to 10-years. And the developer still has to go through its rezoning process.

“The plan is to file for rezoning tomorrow,” Webb said. “We’d go to community council in April.”

Webb hopes the final vote on rezoning will occur in May.

Assuming the project gets its zoning, construction could start as early as the first quarter of 2023. The initial phase would be completed in 2025. Businesses would likely be among the first things to come online at the redeveloped North DeKalb Mall, Ames said.

“We’re looking to deliver a significant amount of retail up front,” he said. “That’s important to us.”