(Editorial) Heads up, Tucker: Rejecting Juneteenth is a low-key dog whistle to bigots

(Editorial) Heads up, Tucker: Rejecting Juneteenth is a low-key dog whistle to bigots 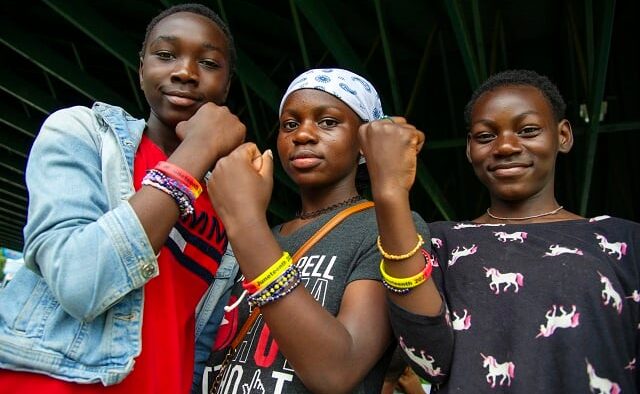 From left, Sofi, Anna and Apendeki show their Juneteenth bracelets during the city of Clarkston Juneteenth celebration on Saturday, June 26. Photo by Dean Hesse.
Share

Juneteenth became a federal holiday in 2021. It celebrates the end of slavery in America. Gov. Brian Kemp, a Republican, supports making it a state holiday. DeKalb County cities are celebrating it as well, giving their employees the day off.

Nearly 37% of Tucker’s residents are Black. When presented with an opportunity to close city hall on Juneteenth, a day that means something to those residents, the city of Tucker on Feb. 15 declined, voting against 5-2 against the idea. Only Alexis Weaver and Noelle Monferdini voted in favor of the holiday.

Good government is good for everyone. A government that does not serve everyone equally is not good government. Why has Tucker declined to acknowledge a holiday that holds a special significance for so many of its residents?

Tucker has no problem closing city hall on other holidays. On Monday, Feb. 21, Tucker City Hall closed for Presidents’ Day, a holiday started in honor of George Washington, our nation’s first president and a slave owner. But when asked to add Juneteenth to Tucker’s city calendar, city officials singled it out for exclusion.

Why? Tucker City Manager Tami Hanlin claimed that the city needs to be open as many days as possible to serve the public. If that’s the case, why not open on Presidents’ Day, then? Or Labor Day for that matter?

Hanlin also claimed the city planned to operate its summer camp on June 20, the day Juneteenth is observed on the federal calendar. The city then scrambled to correct itself when the Tucker Observer pointed out that the camp was already scheduled to be closed on June 20.

Rather than owning up to its mistake and adding the Juneteenth holiday to the city’s calendar, Tucker declared its camp would open that day, despite being closed on the other federal holidays this summer. A city spokesperson said the initial June 20 camp closure was a “clerical error.”

Funny how those clerical errors turn up when someone starts fact-checking.

If excluding Juneteenth was an isolated incident, Tucker could perhaps be given some grace to do better next year. But consider these facts and tell me if you notice a pattern here.

Other cities in DeKalb County, including the cities of Avondale Estates, Decatur, Clarkston, Brookhaven, Chamblee and Doraville are all closing in observance of Juneteenth. Lance Hammonds, the president of the DeKalb NAACP, said he isn’t aware of any city in the county where the observance of this holiday made news.

“I have not heard of anybody saying they don’t recognize Juneteenth day,” Hammonds told me.

Other cities in DeKalb County have adopted a nondiscrimination ordinance, including the cities of Doraville, Decatur, Clarkston, Chamblee, Dunwoody and Brookhaven. An NDO is designed to protect those working, living, and doing business in Tucker from discrimination in employment, housing, and providing goods and services.

Decatur passed its ordinance in 2019. It hasn’t created any problems there. Tucker has been talking about adopting an NDO and doing nothing about it since at least 2020.

Already this year, Tucker’s City Council ignored calls for a more diverse set of volunteers for its boards and commissions. The city’s boards and commissions are now comprised of five women and 21 men. The appointees are overwhelmingly white. Mayor Frank Auman nominated the appointees, and he’s the primary reason the NDO hasn’t passed. He’s blocked the ordinance at every turn, usually via his allies on the city council. He publicly opposed the NDO during his recent reelection campaign.

Auman has said an NDO would create a legal quagmire for the city, something that hasn’t occurred in any other city that has adopted one. In 2020, during a summer of unrest following the murder of George Floyd, NDO proponents pushed the city to adopt the ordinance.

Instead, Auman responded with some telling comments about Black Lives Matter. “I’m a living example that it is possible to believe Black lives matter without supporting the organization of that goes by that name,” he said in 2020.

Do you notice the pattern yet?

If you do, then it will come as no surprise that Mayor Auman did not support adding Juneteenth to the city’s calendar. He had some interesting things to say about why he didn’t support it.

Did Mayor Auman and his supporters on the council bother to ask Tucker’s Black residents how they feel about this? I decided to pick up the phone and do it myself.

“Our city has to do better,” Barnes added.

Shawn Woods, a Black man who also unsuccessfully ran for council last year, said the city’s reasoning for excluding Juneteenth doesn’t make any sense. The city of Tucker is gaslighting the public, he said. He noted that adding Juneteenth to the calendar and passing an NDO is the bare minimum the city can do to recognize its diverse constituency.

“We’re not asking you to be at the forefront of Civil Rights,” Woods said. “All we’re asking you to do is align yourself with the communities that surround us that always acknowledge these issues and address these issues.”

Hammonds, with the DeKalb NAACP, lived in Arizona when it became one of the last states to recognize Martin Luther King Jr. Day. He said what Tucker is doing now reminds him of what the state of Arizona did then. It sends a similar message.

“[Juneteenth is] important to me,” Hammonds said. “It’s part of my culture and part of my heritage, but you’re telling me it’s not important to you. To me, that’s the message that comes across.”

The “inclusion thing” consistently leads to befuddled navel-gazing among Tucker’s elected leaders. Whether Tucker’s council members realize it or not, the rejection of Juneteenth fits a pattern of behavior that shows the city consistently ignores its own diversity. In that context, it’s hard to see the city’s decision as anything other than a low-key dog whistle to bigots who don’t consider Juneteenth a real American holiday. Those are the only people who would celebrate such a short-sighted decision by Tucker officials.

Context is everything. And here’s some additional context: Tucker is changing.

Barnes didn’t get elected to city council, but she did make it to the runoff. Woods came in second in a three-way-race. Mayor Auman was elected as the city’s first mayor in 2016, receiving nearly 70% of the vote. In 2021, he was reelected with 55% of the vote. His challenger, openly gay candidate Robin Biro, received 44% of the vote. Keep in mind that most people in Tucker had never heard of Biro before that election, and that Mayor Auman was instrumental in Tucker becoming a city.

In that same election, one of Biro’s supporters – Alexis Weaver – did make it onto the city council. It shouldn’t surprise you that Weaver was one of the two council members voting in favor of making Juneteenth a city holiday.

Tucker’s growth as a city will attract a younger, more diverse constituency searching for less expensive housing as well as perks like parks, restaurants and festivals. The entertainment industry has taken an interest in Tucker as well, with numerous productions filming in the city limits. Tucker has much to offer. If there’s a silver lining for the city of Tucker, it’s that the Black community and the film industry has not shown up at city hall in force threatening a boycott unless Juneteenth is recognized.

At least, not yet.

But if Tucker keeps playing these games with diversity and inclusion, it won’t be long before it stumbles into a controversy that could deal serious reputational damage to the city and its economic prospects.

Thankfully, the Tucker City Council has an opportunity to course correct.

At its next meeting, the Tucker City Council should add the Juneteenth holiday to the city’s calendar. And let’s hope the council’s previous decision was just a “clerical error.”