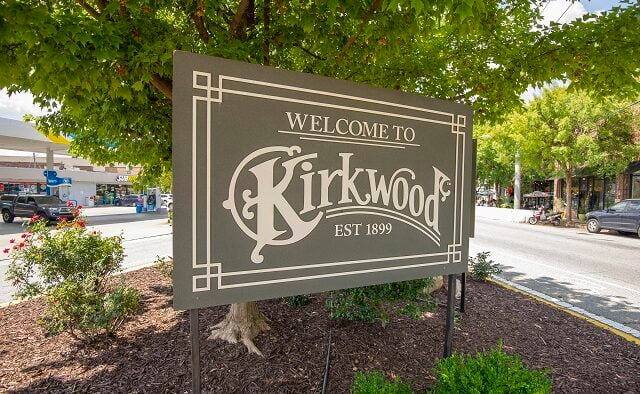 Atlanta, GA — As Atlanta Public Schools updates its facilities master plan, the Kirkwood Neighbors Organization plans to send a letter to the superintendent suggesting the district reopen a couple of old schools in the Kirkwood area.

“Essentially, something has to be done to relieve Jackson High relatively soon. Our proposal is to reestablish the legacy facilities that were in Kirkwood over the last several years,” Cross said. “The idea behind this is that not only would it reestablish these traditional schools that served our community for decades, but these schools would be four times closer than the current middle and high school facilities.”

According to the letter, students and families have to travel about four miles to King Middle and Jackson High Schools.

“These distances have made it difficult for many Kirkwood families to commit to the traditional zoned middle and high schools that are far away and difficult to access, and that draw from many distant neighborhoods, hurting the ability to foster and strengthen senses of community around the schools,” the letter states.

According to the letter, benefits of reopening the schools would include:

– Bringing zoned school options closer to Kirkwood residents and other neighborhoods, like East Atlanta, East Lake, and Edgewood, allowing students to bike or walk to school.

– Saving the district financial resources, as the pre-existing facilities are maintained by the district and slated for ESPLOST updates soon.

Through the most recent educational special purpose local option sale tax, Coan Middle School will receive about $12 million for system replacements and a security vestibule. The Crim facility will receive about $1.5 million for budgeted work, including an emergency generator and security vestibule. The funding is subject to change, pending when in the 2022-2028 SPLOST cycle the project occur, a spokesperson for Atlanta Public Schools said.

In other business, the KNO also adopted its 2022 budget. Treasurer Alex Scollon said there were no substantive changes from the last budget conversation. He said the KNO made sure the committees got the funding they asked for and the Spring Fling revenue and expenditure amounts were confirmed.

“In general, I think we have a good understanding of what the expectation of the organization is over the next year,” Scollon said.

No major changes to the budget were made since the Jan. 10 KNO meeting. At the January meeting, Scollon said the board looked at what was possible last year and what they thought would be possible this year based on the COVID-19 surge.

“You’ll see that the revenue is particularly slim this year and really based around the Spring Fling revenues, which is why we’ll have to revisit the budget after Spring Fling to make sure that we get those revenues that we’re expecting,” Scollon previously said. “The expenses are really based on giving each committee some money to make sure that they can do the projects that they are focused on at the committee level. Then making sure the operations of the organization run appropriately.”