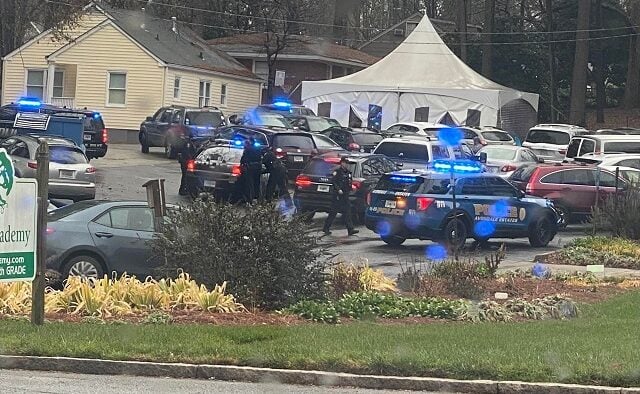 A reader provided this photo of the large police response to a stabbing incident at the Suburban Plaza Walmart.
Share

Greater Decatur, GA — An incident at the Suburban Plaza Walmart in greater Decatur drew a large police response to the area on Thursday afternoon, Feb. 3.

According to a relative of an employee, a man at the store got into a fight with an employee and stabbed him.

A DeKalb County Police spokesperson confirmed the basic details, telling Decaturish, “Investigators believe the male suspect was approached by a male store employee. After he was approached, the suspect cut the employee on the face with an unknown sharp object and attempted to flee the store. The employee was transported to a local hospital with non-life threatening injuries.”

The man was arrested “immediately,” the spokesperson for the Police Department said. The relative of the employee said the suspect was arrested after he ran across the street.

The suspect is facing an aggravated assault charge.

“No one else was hurt or injured,” the spokesperson for the Police Department said.