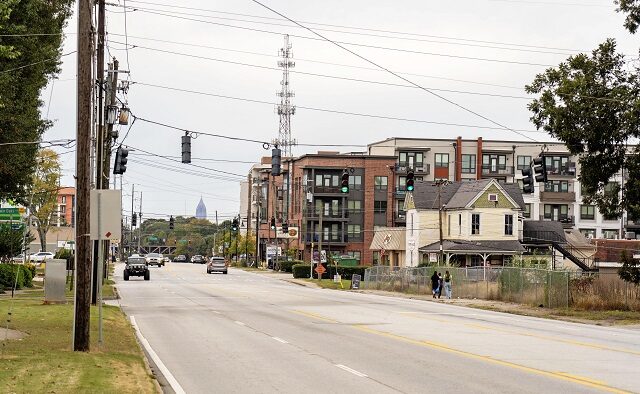 Avondale Estates, GA — A plan to narrow U.S. 278 from five lanes to three has become the subject of a lawsuit filed against the Georgia Department of Transportation.

U.S. 278 is the main drag in Avondale Estates, where it has the names of East College Avenue and North Avondale Road as it runs through the city and its historic downtown.

The road diet plan, in the works since at least 2014, is intended to make the street more walkable and grow the city’s central business district. In December, Decaturish reported that the city would donate four sections of city right-of-way to the Georgia Department of Transportation to complete the U.S. 278 road diet.

“Our goal is to create a walkable, safe environment connecting with the community and catalyzing economic development in downtown,” Assistant City Manager Shannon Powell said.

The corridor will have a 10-foot pathway throughout, and a five-foot landscape zone will run between the sidewalk and the edge of the curb. The project will include repaving U.S. 278, re-striping the road and upgrade all the traffic signals.The city hopes to begin construction in September 2022 and construction will last about one year. 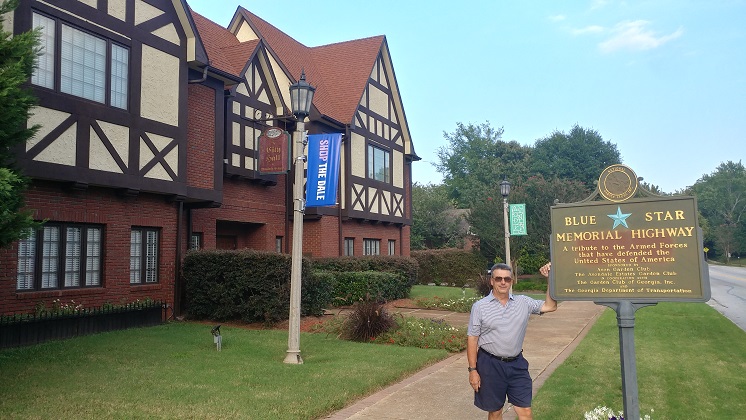 GDOT declined to comment as the lawsuit is pending.

The city of Avondale Estates isn’t named as a defendant, but Mayor Jonathan Elmore defended the project in a statement to Decaturish.

“The City of Avondale Estates is aware of Mr. Gargiulo’s lawsuit against the Georgia Department of Transportation,” Elmore said. “Although the city is not a party to the suit, it is the city’s position that the lawsuit lacks legal merit. The North Avondale/US 278 Complete Street Project will transform Avondale Estates. The project will connect the city’s residential area to the central business district, encouraging downtown development. It will create an attractive, walkable, bikeable corridor that improves the safety of residents, visitors, commuters and businesses alike.” 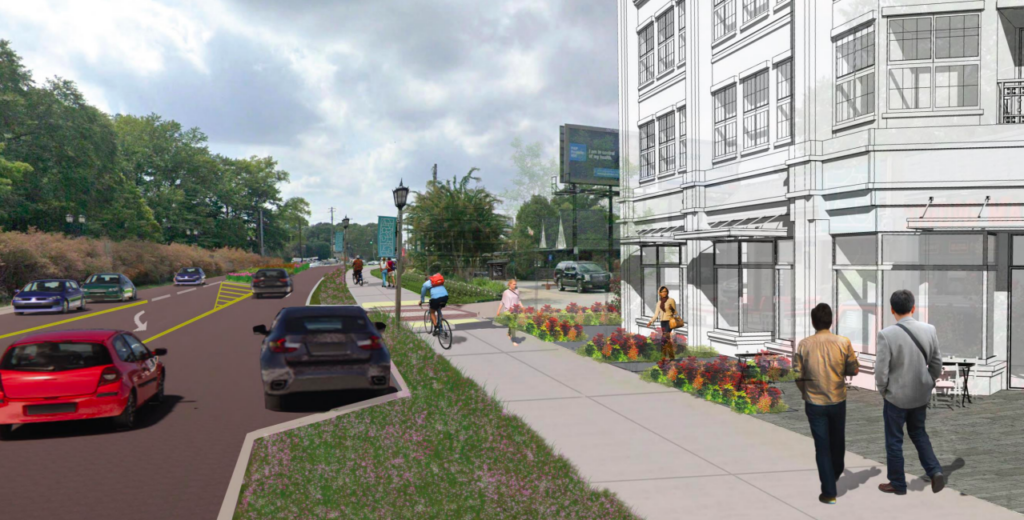 The U.S. 278 complete streets project will include a “road diet”, reducing the five-lane road to three lanes. It will also add a 10-foot sidewalk. Photo courtesy of the city of Avondale Estates.