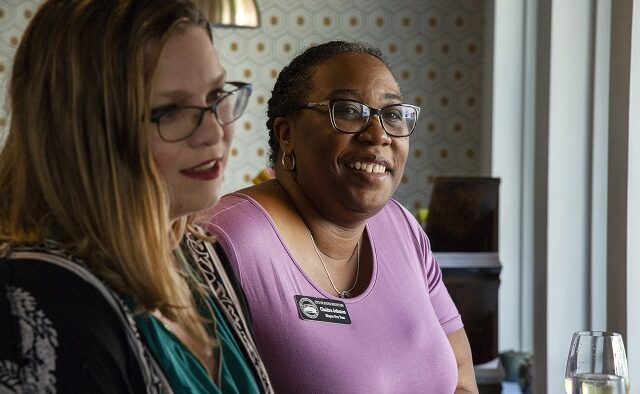 There was some animosity between Council Member Gil Freeman and Council Member Johnson during the discussion of the Downtown Development Authority. Johnson reiterated that she is set to serve a four-year term and that she wishes to continue to serve the community. “I fully reject the concept that I am the change [Gil Freeman] was elected to eliminate,” Johnson said. “I will continue to service this community with honor and respect.”

The decision was tabled to allow Council members to reevaluate the decision while referencing more documentation.

In the public comments portion of the meeting, resident Ginger Criswell raised concern about the traffic on James B. Rivers Memorial Drive. She commended the council for conducting a traffic study, but stated that it was not conducted at a time when travel reaches its highest point.

Dr. Whitney Cook, a board-certified infectious disease pharmacist and critical care specialist at Piedmont Healthcare, gave commentary about the special called meeting that was held last Thursday about the council resuming in-person meetings. As of Friday, Dr. Cook stated, the DeKalb percent positivity rate for COVID-19 was 19.25% and the overall Georgia percent positivity rate was around 35%.

According to the WHO and Piedmont Healthcare, the percent positive should remain below 5% for two weeks before government organizations should consider reopening.

Dr. Cook also stated that the current Georgia inpatient bed utilization is 90.1%, with ICU beds at 98.2%. She also noted that the healthcare department reports multi-system inflammatory syndrome in children (MIS-C) as a result of COVID-19 infection, and that Georgia is one of two states with MIS-C numbers over 400, second only to California. She emphasized these statistics to urge the council to consider not returning to meeting in-person until the percent positivity rate remains below 5%.

– Velma Howard and Bob Bell were appointed to the Board of Ethics by Mayor Beverly Jones.

– The council addressed some complaints about the inauguration celebration that was held for Mayor Jones. Council member Teresa Crowe claimed that residents called her concerned that they couldn’t attend the inauguration because they weren’t vaccinated against COVID-19. Mayor Jones said that vaccination was never stated to be required to attend, simply recommended. Council member Gil Freeman stated that a lot of the residents upset with the cost of the inauguration celebration are probably not upset with the $170,000 historic train station project. (The current amount set aside in the FY2022 budget for renovation of the Historic Train Depot is $180,508.)

– A resident named Ms. Thomas raised concern about “a critical infrastructure problem” on Rockborough Court and Rockborough Terrace where rising water is obstructing the road.