Tucker will not close City Hall for Juneteenth; other local cities planning to close

Tucker will not close City Hall for Juneteenth; other local cities planning to close 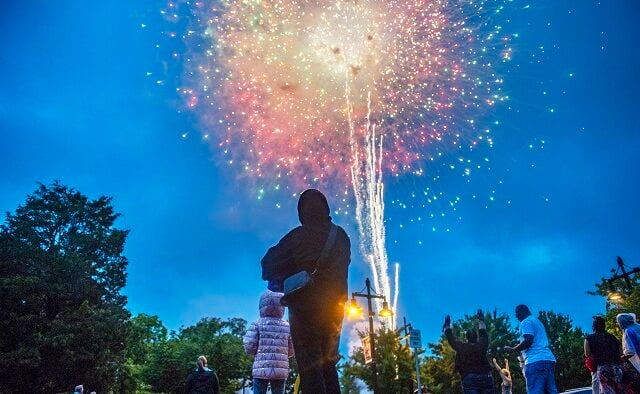 Tucker, GA — Tucker is planning a celebration to mark Juneteenth but unlike some other local cities, the city of Tucker’s offices will not be closed in observance of the newest federal holiday.

The city council approved its calendar on Feb. 15. The calendar omits Juneteenth as a holiday for the purposes of closing city hall.

Celebrated on June 19, Juneteenth became a federal holiday in 2021. A combination of the words “June” and “nineteenth,” the holiday commemorates the day when Black slaves in Galveston, Texas, learned they were free. President Abraham Lincoln signed the Emancipation Proclamation in 1862 and it went into effect on Jan. 1, 1863. But the slaves in Galveston weren’t informed until June 19, 1865.

Juneteenth falls on a Sunday in 2022. According to federal holiday guidelines, which are generally followed by other local governments, the Juneteenth holiday would ordinarily be observed on Monday, June 20.

The cities of Avondale Estates, Decatur, Clarkston, Brookhaven, Chamblee and Doraville are all closing in observance of Juneteenth.

At the Feb. 15 Tucker City Council meeting, a 5-2 vote ruled to observe 11 holidays in 2022, which does not include Juneteenth. The 2022 holidays for the city of Tucker are: New Year’s Eve, Martin Luther King, Jr. Day, Presidents Day, Memorial Day, Independence Day, Labor Day, Veterans Day, Thanksgiving Day and the day after, Christmas Eve and Christmas Day.

City Manager Tami Hanlin presented a resolution to confirm the city’s 2022 calendar. In the past, Tucker has closed for 11 holidays and provided city employees with one floating holiday.

“The new federal holiday of Juneteenth has caused some cities to add a day of closure. Given that city staff have a floating holiday available, it is my recommendation that the city keep the days of closure at 11 days and establish a tradition of celebrating the new Juneteenth holiday,” the memo reads.

Adopting the calendar is important for land use cases and zoning cases with long lead times, Hanlin said, adding that the city “strives to be open as many days as possible to serve the public.”

“We need to make sure everyone knows when we’ll be open for business and when we won’t,” she said. “I do recognize that this year, there was a new federal holiday that was added, and that’s Juneteenth. My recommendation is that we allow staff to use their floating holiday in order to recognize that holiday if they choose.”

“We don’t have any Jewish holidays on our calendar, we don’t have any Muslim holidays on our calendar. We don’t mark women’s right to vote, which had its 100 anniversary 18 months ago,” said Auman. “That’s a big deal to me. We need to take a bigger look at the things that people celebrate and the way that we mark them as a city. I think this is a good time to have that discussion. And I’d hate to see us get ahead of ourselves and wish we had handled it differently or given ourselves more restriction.”

Auman urged council members to “pass the calendar without further decision on Juneteenth.”

Councilmembers Alexis Weaver and Noelle Monferdini voted against the resolution, after Weaver made a subsequent motion to close city offices in observance of Juneteenth, but her motion was unsuccessful.

Weaver said the discussion of the city’s Juneteenth celebration should be separate from the observance of a federal holiday.

“It’s a really important day of observing freedom for our whole population,” Weaver said. “Maybe there’s a different day that we should consider not observing.”

Councilmember Anne Lerner said in past years, Tucker has closed on Indigenous People’s Day, also known as Columbus Day, which is not the case in 2022.

Lerner added, “I want to make sure we have a plan in place for summer camp because those parents may not be off that day.”

But there won’t be any camp on June 20, when the holiday would be observed. According to the Tucker Parks and Recreation summer camp website, camp will not be held on Monday, June 20, but will be held on every other day that week. That was the camp schedule available to parents as of Feb. 1.

A screenshot of the Tucker Parks and Recreation website taken Feb. 16. The screenshot shows the city is not holding camp on June 20, the day that Juneteenth will be observed this year.

Camps being closed on June 20 didn’t deter parents anxious to enroll. Tucker’s summer camps were full within hours of opening for registration on Feb. 1.

It’s not clear if Tucker’s summer camp is closed on June 20 specifically for Juneteenth, but the weeks before and after it offer camp Monday through Friday, as do most other non-holiday weeks on the Tucker summer camp schedule. 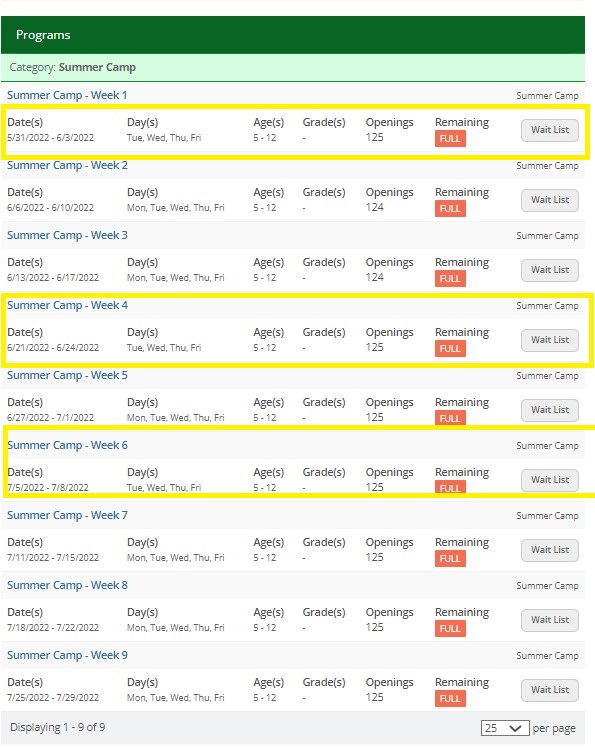 A screenshot of the Tucker summer camp registration website taken Feb. 16. During some summer weeks, Tucker’s camps will not operate on Monday. All those Mondays coincide with federal holidays, including June 20, which is when Juneteenth will be observed. Those weeks have been highlighted in yellow on this image. Tucker’s camps filled up within hours of opening for registration.

Councilmember Virginia Rece said she has spent a lot of time listening to members of the community. Rece and Weaver are planning a community celebration for Juneteenth with Matt Holmes, director of Tucker Communications and Operations.

“The most important thing is to honor and remember the importance of Juneteenth,” said Rece. “Simply closing City Hall is hollow compared to actually experiencing, remembering, sharing that with the community. It’s a good compromise to give folks the opportunity to choose some of their holidays.”

Rece said she wants to create an inclusivity commission. The city has yet to form a working group for the nondiscrimination ordinance Auman proposed in October.