Waman French announces retirement from The Friends School of Atlanta

Waman French announces retirement from The Friends School of Atlanta 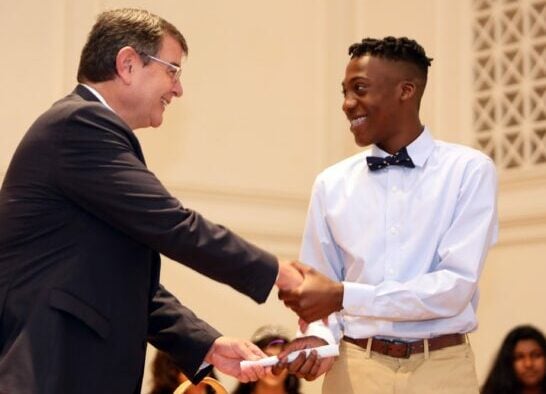 Atlanta, GA — Waman French, founding head of The Friends School of Atlanta, has announced he will retire effective July 1, 2023.

French was hired by members of the Atlanta Friends Meeting in 1991. He and found teacher Pam Upchurch met with people throughout the Decatur community to share their vision for a school that would bring together children from diverse races, ethnicities, religions, family structures and socioeconomic backgrounds to learn from each other and gain conviction and compassion to be change agents in the world, according to a press release.

The Friends School of Atlanta remains an independent school over 30 years later. It offers preschool through eighth grade programs steeped in the Quaker values of simplicity, peace, integrity, community, equality and stewardship.

“Since our opening days and throughout the past 30 years, the Friends School has sought to model what a beloved community of teachers and learners can achieve. This vision of humanity is grounded in the belief that there is a divine Light – a potential for goodness in everyone and that each of us is of infinite worth,” French said. “It has been deeply gratifying to work with trustees, faculty, staff and families to nurture what I believe is a transformational education for the children of metro Atlanta.”

As the head of school, French built a school community united in the belief that peace, equality and justice begins with an education that validates the gifts of diverse students and challenges them to bring those gifts to the world as engaged citizens.

French oversaw the school’s move from the Atlanta Friends Meeting house to a temporary location at First Christian Church of Decatur, before relocating to a renovated warehouse on Sams Street, where the school had been for 10 years.

He also provided leadership through a capital campaign in 2008 to move the school to its current location on Columbia Drive, where The Friends School of Atlanta has grown, deepening its focus on innovation, environmentalism, artistic expression, community service, social justice and other disciplines that prepare the students with the skills and confidence to navigate a challenging world.

“It’s a big moment when a founding head of school as well loved as Waman steps aside,” said Sara Patenaude, clerk of the FSA Board of Trustees. “The school is fortunate to also be supported by a Board of Trustees who are devoted stewards of the school’s resources and the FSA community’s well being. Knowing this day would come sooner than we wanted, the Board has been engaged in succession planning through its Committee on Trustees for the past two years. Waman’s legacy will provide a strong foundation for FSA’s future achievements.”