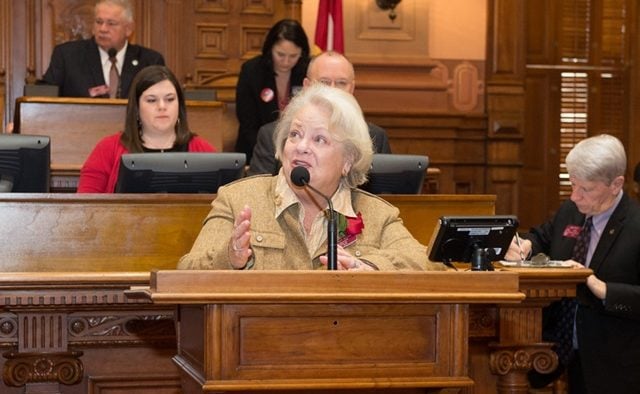 Atlanta, GA — The Georgia House of Representatives, on March 15, passed a bill that sets a cap on the per diem allowance that development authority directors receive.

“But in my district, and in many districts across Georgia, there are issues of conflict among the development authorities and there are other issues of certain management. They are not governed by anybody. They are truly independent entities,” Oliver said.

The per diem amount is set at the same rate the General Assembly members receive, which is $247 per day.

“Four counties of Georgia, based on an act from 1980, have an opp to grant per diems to development authority members, and we’re putting a cap on that per diem based on an abuse of one authority,” Oliver said. “The second issue is to grant jurisdiction to the state ethics commission to hear and investigate potential complaints for ethical violations for development authority members across Georgia.”

DeKalb, Fulton, Cobb and Gwinnett Counties are allowed to pay per diems. The downtown development authorities in Decatur and Tucker do not pay a per diem to their board members.

Oliver told Decaturish that the most significant issue in the bill is granting jurisdiction to the state Ethics Commission to receive complaints of ethics violations for the over 700 development authorities across Georgia.

She previously said at the House Governmental Affairs committee meeting on March 9 that the legislature needs to do something relating to accountability of development authorities.

“To me, this is an issue of accountability and who has the right to know what deals are being cut and who it impacts or benefits,” Oliver said at the committee meeting. “That’s the basic policy question.”