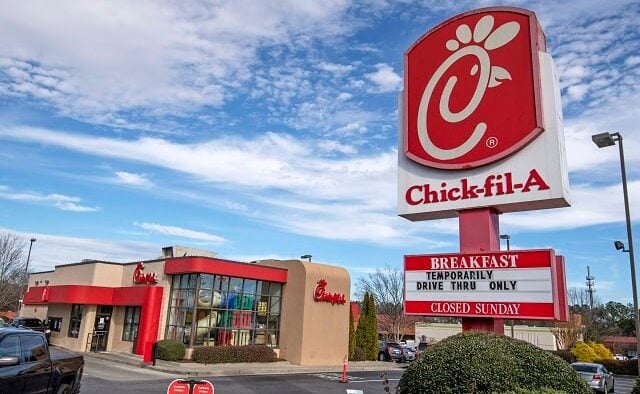 The Chick-fil-A restaurant at 4340 Hugh Howell Road in Tucker on Jan. 19, 2022. A plan to build a new three-lane drive-thru restaurant nearby at 4435 Hugh Howell Road, the former site of Greater Good BBQ, has met resistance from residents of Rosser Terrace. Photo by Dean Hesse.
Share

Tucker, GA — Tucker City Council held a short special called meeting on Feb. 28, followed by a work session where they heard presentations on parks and tourism.

During the special called meeting, Bridgette Ganter, civil engineer for Chick-fil-A, asked for another deferral of the Special Land Use Petition and variances for “a real estate matter.”

Ganter said the real estate deal is looking promising, requesting more time to “be able to make public our plans.”

Councilmember Noelle Monferdini recused herself from the discussion and vote because her family member works at Chick-fil-A. City Council voted 6-0 to approve the deferral. Chick-fil-A will return to City Council on March 14.

City Council approved a contract with SwimAtlanta Pool Management for $7,700 to cover extended hours at Kelley Cofer Park pool. Parks and Recreation Director Rip Robertson said Tucker summer camp will be using Cofer pool during the week from 10 a.m. to noon.  The contract has four more years, and will cost $50,700 annually, according to a memo.

Robertson announced a summer concert series to be held at the Church Street greenspace off Main Street. The first Friday of May, June, August and September will feature a family-friendly concert, food trucks and activities at First United Methodist Church of Tucker.

CEO of Decide DeKalb James Tsismanakis presented an update on tourism in DeKalb County. Decide DeKalb is the tourism arm of the county, bringing economic impact to the community by marketing sales, advertising, promotions, and working closely with the city, said Tsismanakis.

Business travel in Tucker has died down, while leisure travel is on the rise. Youth sports travel is “starting to recover slowly.” Tsismanakis said the Triumph Cup soccer tournament in November is expected to bring huge numbers of people to Tucker. It will be held at Henderson Park.

Mayor Frank Auman recognized the recent participants of University of Government at Tucker, a program to educate residents about how the city government functions. Participants include: 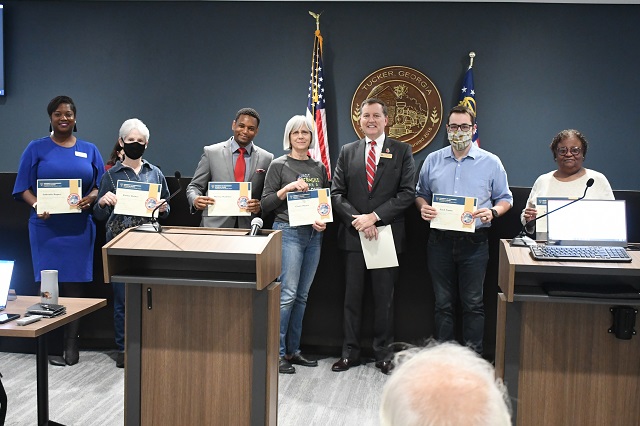 Graduates of the University of Government Affairs class were recognized by Tucker Mayor Frank Auman on Feb. 28. Photo courtesy of the city of Tucker.