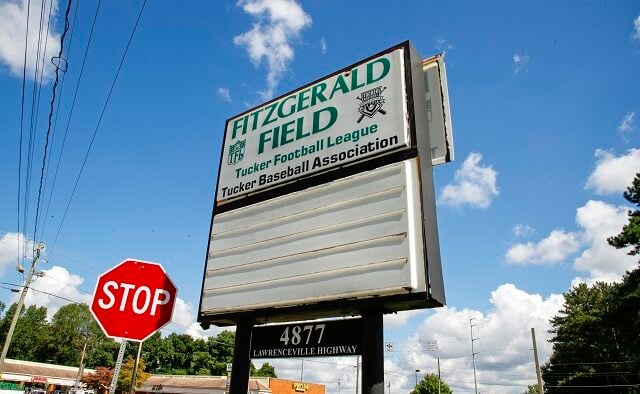 Tucker City Council held a special called meeting on March 28 instead of a work session. Councilmember Noelle Monferdini was absent due to business travel.

The second lighting upgrade to fields in a year, Robertson presented a contract to spend $322,000 on LED lighting that is more environmentally friendly.

Baseball season is starting in mid-April at Fitzgerald Field, and the city is hosting a youth baseball tournament in June at the park.

“We’re obviously adding programs, and we are expanding the existing programs. Tucker Football League has gotten bigger. Our baseball got bigger this year, and I expect it to get bigger still. Last year we hosted a district tournament for Georgia Recreation of Parks, and we’ll do the same this year,” Robertson said.

A tournament typically brings 700 to 800 people to Fitzgerald Field.

The existing light is old and trips frequently, said Robertson. New LED lighting will cut down on the glare into surrounding neighborhoods.

“Mosco Lighting is one of the only sports lighting companies that adheres to the Dark Skies program. Literally 15 feet outside the field of play there’s no lighting spillage,” said Robertson.

“I just want to make sure I understood that because $322,000 is a lot of taxpayer dollars … particularly tonight when we didn’t have a public comment, so there wasn’t a chance for people to come and share feedback,” Weaver said.

“I am concerned that we haven’t engaged the neighbors in the community on what the long term vision is. I’ve mentioned before that it deserves the same incorporation into our parks master plan as our other community assets,” said Weaver. “I want the neighbors to know what’s happening and like they are included in the process.”

In 2021, City Council approved a contract with Cornatzer and Associates, Inc. to install similar lighting at Henderson Park for $180,911 to increase tournament play and league programming.