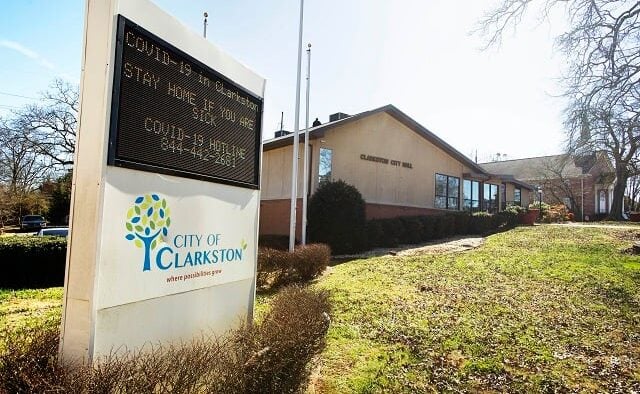 Among the topics discussed in depth was allocation of American Rescue Plan Acts funds. Program areas allowed under ARPA include COVID-19 response, support for workers and businesses affected by COVID-19, and support for disproportionately affected communities.

Council member Y.T. Bell suggested that the city should use some of remaining funds for expanding broadband inside the city, energy efficiency programs such as Empower Clarkston, and collecting data about racial inequality. In addition, she suggested hiring an auditor to create the report that the city will have to provide about how it spent the funds.

Other ideas that Bell supports include connecting with county level affordable housing programs and providing scholarships to Clarkston residents who attend the two colleges in the city.

Mayor Beverly Burks supports creating a diversity and equity department, a neighborhood job trust fund for job training and workforce development, a dashboard to present data from programs such as Health for All to the public, and providing legal services and mediation for people facing eviction due to COVID-19. She also suggested using some of the funds additionally for parks and storm water projects and for police.

Council member James Carroll said that the vaccination gift card account needed to be replenished and supported the city creating a grant application writer position so that Clarkston can maintain programs begun with ARPA funding.

Vice Mayor Awet Eyasu supported workforce development, scholarships, and improving internet connectivity, but said that some issues were difficult to address and previous attempts were not always successful.

“I think there are a lot of good ideas that I hear, but I think the problems are very hard to fix,” Eyasu said. He said that he would prefer to put money into programs that were already working rather than expand into new programs.

Burks said that the purpose of the discussion was to allow the council to air ideas, but she also felt it was important to be mindful of what city staff were already doing before adding more tasks.

In response to a question by the mayor, City Manager Shawanna Qawiy said that she would like for the city to move away from paper and go to online applications through the city website. Paperless processes would reduce the need for the public to come to city offices in person. Qawiy stated that the city offices required software, computers and other office equipment to continue the transition.

Terrell Jacobs from the Georgia Municipal Association discussed the process of annexation and the constraints placed on municipalities by state law. In January, DeKalb County voted to deannex property on East Ponce De Leon Avenue that had been annexed by Clarkston and was the subject of a dispute between the city and neighboring Tucker.

Council members discussed annexation in the context of periodic movements to create new cities in DeKalb, and how to address resident concerns about taxes.

Mayor Burks stated that the city had a plan for annexation which it is following, starting with Brockett Rd and a section along Ponce de Leon Avenue.

“The last piece of that is from where [Atlanta Area School for the Deaf] starts and ends, to Memorial Drive,” said Burks.

Clarkston is in the early stages of considering whether to form a downtown development authority for the city. Sadie Krawczyk of the Georgia Municipal Association offered a presentation on what downtown development authorities can do and how they are defined and regulated by law. Any city in Georgia may create a DDA, but they must be activated by a resolution filed with the Georgia Secretary of State.

Other topics discussed included what should be included in the city’s mission statement and potential changes to city council agenda procedures, although decisions were made.

In addition, Tim McCausland of VC3 presented an update on the redesign of the city’s website. New features will include a dropdown translation menu which will allow Clarkston residents to read the site in their primary language.

Dan Michaels and Randall Wunder-Smitth of Brown Bag Marketing presented an outline of their process to develop rebranding and marketing for the city of Clarkston, and some preliminary ideas. The city is at the very beginning of this process.