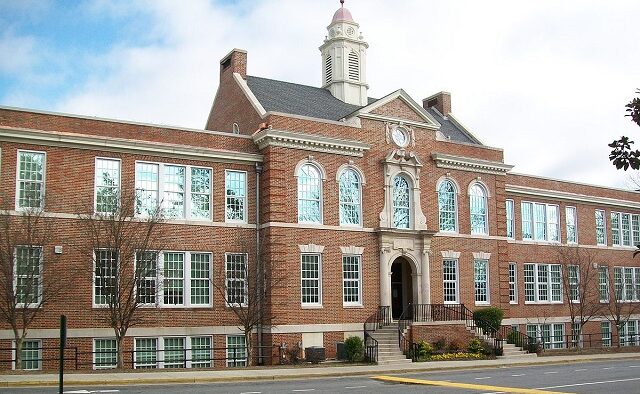 But for reasons that aren’t clear, the school board members objected to placing it on a project list that would make it eligible for state funds.

At a special called meeting on February 25, the DeKalb Board of Education removed a “modernization” of Druid Hills High School from a list of proposed school repair and renovation projects to be sent to the Georgia Department of Education.

The list is a requirement for the county to receive reimbursement for money spent on the project and is separate from approving project funding or specifics.

At the meeting, Director of Operations Richard Boyd and Director of Planning and E-SPLOST Programming Hans Williams stated that the list was a non-binding resolution that alerted the state to the county’s plans. Williams also stated that if the notification was not on file before an approaching June deadline, the county would not be reimbursed for any work on Druid Hills HS started this year.

Board Vice Chair Diijon DaCosta and Board member Anna Hill expressed concern about the cost of modernization at $60 million versus an earlier estimate of $6 million for repairs. Decaturish sought further comment from them as well as Board Chair Vickie Turner, but did not receive a response.

Board member Marshall Orson, when asked for comment, said, “There is no clear reason why the DHHS plan was deleted from the list. One factor cited—the disparity between the year one repair costs and the replacement/renovation cost—would be true for every project on the list.”

Orson went on to say that parts of the DHHS facility are 95 years old, and some of it was originally designed as an elementary school rather than a high school.  He said there are multiple liability and safety concerns and the facility’s current configuration has a low suitability rating for education.

“Hopefully, it will be restored to the list as these are urgent needs,” said Orson.

“When you average them, we’re the lowest of any high school,” said Ken Schroeder, chair of the Druid Hills Cluster Alliance. Schroeder said that the score was higher than it would otherwise be because of a science wing built in 2010, but that the other buildings individually received scores in the 50s.

Schroeder expressed confusion about why the board would single out Druid Hills among the other projects with similar profiles, and worries that the resolution vote signaled that the board as a whole did not see DHHS as a priority.

“What I struggle with is you paid a professional agency $2 million, and followed all of the recommendations except for one,” he said.

Druid Hills High School is a Title I school meaning that a high percentage of students come from low-income families. “Our kids deserve the same as every other high school,” said Schroeder.“I think people drive by and think it’s in good shape. It’s a beautiful 1920s building. But it’s crumbling inside,” he added.

Schroeder said that he believed many board members did not realize the true state of the facility.

“I’d like to see every board member confirm whether they’ve paid [Druid Hills] a visit. We’d love to have you,” he said.