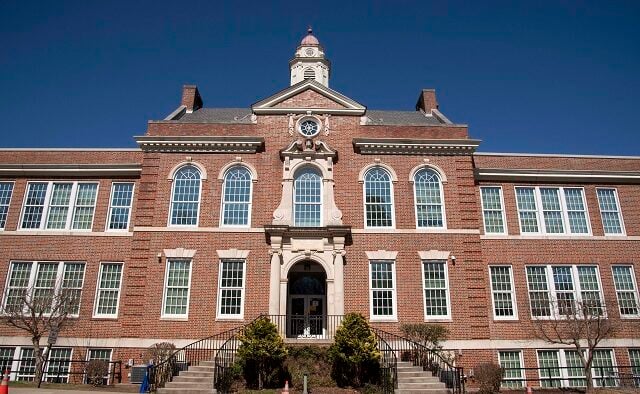 DeKalb County, GA — The DeKalb County Board of Education at its March 14 meeting heard from parents who want Druid Hills High added back to a list of buildings slated for renovation.

But the School Board did not reverse its earlier decision.

Public comment was dominated by parents who came to speak about the removal of Druid Hills High School from the facilities renovation project list.

At the Board’s February 25 special called meeting, DHHS was removed from a list of planned projects that the district must send to the Georgia Department of Education to receive reimbursement for the projects.

Chair of the Druid Hills High School Principals Advisory Committee Tamara Shipley, Ken Schroeder who is chair of the Druid Hills Cluster Alliance, and Steve Langdon among others described the dilapidated condition of DHHS and the need for the modernization recommended in the district’s Comprehensive Master Plan.

“I invite you to tour the high school in the next two weeks, and to put Druid Hills back onto the five-year facility plan,” said Shipley.

Langdon emphasized that putting DHHS on the list would not obligate the district to carry out the project, but leaving it off could prevent the district from receiving reimbursement if work is started on the project.

Nancy Kelly stated that the replacement cost of DHHS would be $61 million and questioned why a renovation would cost $60 million. She also asked whether the projected cost would include additional parking or capacity for the school and pointed out the needs of many schools in the district, adding, “I wish you the wisdom of Solomon.”

For the second time, the Board delayed closing remaining projects from E-SPLOST IV and moving those modified projects to E-SPLOST V.

At the same meeting where the Board removed DHHS from the project notification list, an earlier motion to close out E-SPLOST IV failed. The Board also tabled major program adjustments to E-SPLOST V. Those adjustments include removing Druid Hills High School projects in favor of a full remodel and modernization of DHHS which would be part of E-SPLOST VI.

Board members criticized the difference between what was proposed to the public for each SPLOST vote and what has actually been carried out thus far.

Board member Marshall Orson said, “The inherent limitations of SPLOST mean that we can’t get projects done until we have the money in the bank, and they way they run some of the money doesn’t come until the very end, so we’re constantly behind, we’re constantly into the period of the next SPLOST and we can never catch up.”

Orson suggested setting aside time to find a solution to that problem, possibly with professional consultation.