Editorial – Will DeKalb change its form of government? CEO drags his feet

Editorial – Will DeKalb change its form of government? CEO drags his feet 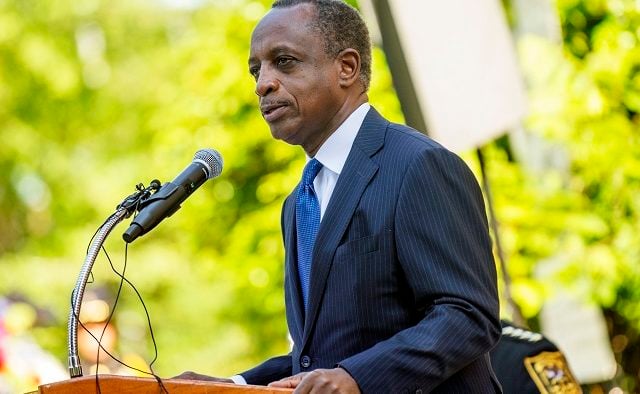 Updated March 29: At 8:57 PM on March 28th, the CEO’s office scheduled a meeting for the Charter Review Commission for April 18. This scheduling occurred within 24 hours of this editorial being published on Decaturish. Despite announcing previously scheduled meetings on separate dates in press releases and emails to the appointing bodies for March 21 and March 30, members of the Charter Review Commission were never directly communicated with about a meeting date until March 28th when they received two emails: the first set a meeting for March 30th and the second email they were notified that the March 30th meeting date was now rescheduled for April 18th.

Here is the original column:

Do you remember 1979? Not the Smashing Pumpkins song, but the year? The Iranian Hostage Crisis, Star Trek the Motion Picture and disco were all big. It’s also the last time anyone studied the form of government in DeKalb County. Since then the population has grown from 483,000 to 764,000 and quite a few other things have changed.

There have been several attempts, more like false starts to re-examine the DeKalb form of government over the past 10 years. They’ve all failed to launch. Another attempt is in the works, but who knows how far this one will go. There are some rumblings that it might get started soon, but CEO Michael Thurmond doesn’t seem fully committed to the venture. Professional consultants to guide the citizen led effort have not been hired.

DeKalb has an elected Chief Executive Officer and while this elected CEO format exists in many other counties across the country, DeKalb is the only county in Georgia with this form of local government.

Now I realize the form of DeKalb County’s government is not an issue keeping many of you awake at night, but let’s remember the overflowing sewer lines into our streams, or the sweetheart contracts once steered to friends and family, or the “rotten to the core” description by former attorney general Mike Bowers. Things have definitely improved, but the same government structure exists today as it did when DeKalb was making those headlines, so DeKalb could easily revert to the bad old days. It’s time to take a look under the hood of this 40-year-old government and see if a few improvements can be made. After all, DeKalb provides many of the essential services that we rely upon daily: clean water, safe streets, public health, good parks, libraries and services for seniors and the disabled.

Members of the Commission shall deal solely through the Chief Executive or his executive assistant in all matters concerning the operation, supervision, and administration of the various departments, offices, and agencies of the county government. No member of the Commission shall directly or indirectly order, instruct, or otherwise attempt to control the actions of county personnel

So if you ever wondered why the pothole you complained about to your County Commissioner wasn’t fixed, now you know why. Your Commissioner has no power to fix it. All they can do is route the complaint to a department manager who isn’t within the commissioner’s chain of command.

If the CEO wanted, he could hire his fraternity brother to run the water and sewer department regardless of his qualifications and the Chief Operating Officer and Board of Commissioners could do nothing. This is certainly not the case currently, but one CEO did, in fact, hire his fraternity buddy to run Watershed Management. In a government organization structure, who hires and who fires are important considerations because it establishes accountability.

Charter Review has sporadically been a hot topic in DeKalb.

– In 2013, a Special Grand Jury recommended a Charter Review

– In 2015 an Operations Task Force recommended one

– In 2018 the DeKalb Delegation wanted Charter Review and was considering a resolution to establish a commission, when

– In March 2018 near the end of the legislative session CEO Thurmond waived them off and said he’d take care of It with an executive order, but he didn’t actually sign the executive order for another year

– In April 2019 the CEO signed the executive order creating a Charter review Commission and shortly thereafter the Board of Commissioners, Board of Education and the DeKalb Delegation to the General Assembly made their appointments to the Charter Review Commission.

Still, the CEO held back and didn’t appoint a chair until December 2019. The first meeting was convened at the end of January 2020. The second meeting was scheduled for March 2020, but was cancelled when the Chair resigned and the pandemic bloomed.

The last communication the Charter Review Commission members received from the CEO was on March 18, 2021. He sent them a revised executive order to say the Charter Review Commission would convene from January 1, 2021 to December 31, 2022 (yes, it was curiously back-dated). He also expanded the scope of work to review how the County should be organized to respond to future emergencies such as a pandemic. However, he didn’t appoint a chair or convene a meeting in 2021.

Recently, CEO Thurmond has re-confirmed the membership of the Charter Review Commission and appointed a new Chair, State Court Judge Ronald Ramsey. A Charter Review will be a significant undertaking. It is unlikely to complete its work by the end of the year. Let’s hope CEO Thurmond provides the resources to help the Charter Review Commission become a success. Organizing a government should definitely be a citizen-led effort, but it needs knowledgeable experts, a budget and facilitation to be successful. To date, professional consultants and facilitators have not been announced, nor has a meeting been convened. Several of the previous Charter Review attempts had specific funds budgeted for the effort. If Charter Review is going to launch this time, it will need a budget and free rein to spend it.

He is currently retired but under contract to Ted Terry to provide consulting services on zoning, housing and economic development. Davis has been a Dekalb resident since 1983.