Editorial: Will South DeKalb ever get its I-20 East rail line?

Editorial: Will South DeKalb ever get its I-20 East rail line? 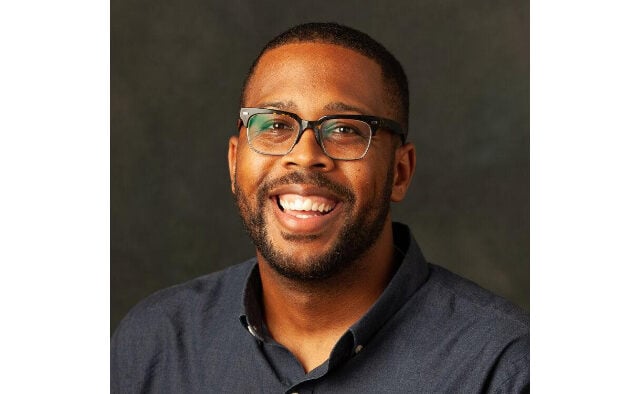 King Williams is a local journalist and documentary filmmaker. He has a newsletter of his own, I Am King Williams, that covers the intersections of Atlanta to the world. He is also very vocal on Instagram and Twitter.

For decades, South DeKalb has been promised a rail line going from I-20 E to Stonecrest. After a renewed interest in transit from the current Secretary of Transportation Pete Buttigieg and a recent Campbellton Road controversy over light rail, could MARTA finally fulfill its promise?

Maybe. But MARTA and county leaders need to act quickly. Transit is the future of metro Atlanta, in DeKalb, transit will anchor the future of major economic development. The county has been down this road before and is used to empty promises. But for the first time in years, DeKalb County is finally seeing hopes of support for public transit.

It could be the start of a new era of development in DeKalb County, if it happens. But that’s a big if.

GDOT, it seems, has other priorities.

GDOT is currently proposing another expansion of highways but received a surprise inquiry from Georgia U.S. Rep. Hank Johnson (GA-04). Johnson represents parts of DeKalb, Gwinnett, Newton, and Rockdale counties, where a new proposed highway expansion at the interchange of I-20 and I-285 would once again affect the Black community. Johnson told GDOT that he would prefer that the agency finally stop expanding roads and instead focus on transit.

GDOT’s proposal focuses on alleviating current and future traffic by increasing lanes. But the increased expansion of roadways, under the auspices of alleviated traffic, in fact, increases traffic. GDOT’s suggested revamp of the I-20 and I-285 E connector will cost $650 million. This project includes road resurfacing, replacing some bridges, and more expansion of roads, which has been proved over and over again, does reduce traffic. Nor does the project provide economic growth that has been seen in other rail corridors.

When examining GDOT’s proposal, this plan does not solve any long-term issues. Considering the estimated costs, the funds needed for this highway expansion could go towards already proposed transit-oriented economic development projects in South DeKalb. This includes plans on Memorial Drive, I-20 East,  or the DeKalb transit master plan.

The westside of Atlanta, Campbellton Road residents, three-city councilpersons, and MARTA are in a bit of a public spat over a promised light rail system. 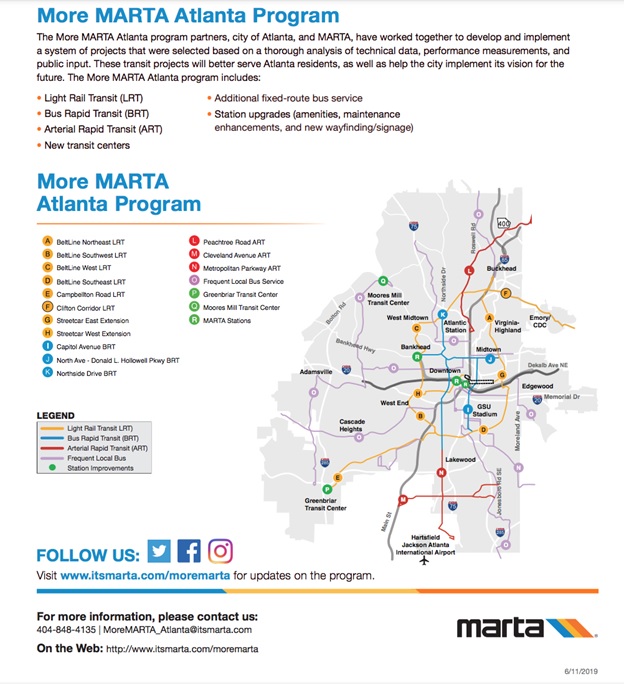 The More MARTA project, after being approved by voters, went into over two years of additional study, being formalized in 2019, with anticipation of being on time with projects breaking ground between 2019-22. But due to the pandemic of 2020-21, MARTA’s ridership has declined precipitously, dampening prospects of additional support for any potential overages related to More MARTA as well as general operating funds. As a result, it is likely some aspects of More MARTA will be changed. Those changes include the Campbellton Road project, which is now slated for bus rapid transit instead of light rail transit.

Critics are pointing to another light rail project in DeKalb County that is moving forward as evidence that MARTA is prioritizing some areas and not others.

MARTA has stated that it has not changed its commitment to providing transit, but the need for cost-saving was one of the reasons for altering its plans. This was after spending 2021 in various community engagement efforts in the Campbellton Road corridor. Critics of MARTA believe the adjacency is pursuing these cost cuts in Campbellton Road at the behest of one area: Emory.

Emory’s LRT project was initially scheduled to begin this year. It still has a possibility to be closer to the initially proposed timeline than other More MARTA projects, in part because of the prior due diligence to get the project up and going in the years prior. The effort to get mass transit into the Emory/Clifton Corridor has been gestating since 1961. Even 2012’s Clifton Corridor Project was decades in the making before the plans finally came to fruition. For MARTA and the city of Atlanta, Emory is getting priority because of Emory’s 2017 annexation into the city of Atlanta. Expanding transit access was a motivating factor behind the annexation.

Emory’s LRT project is a proactive move for both residential and economic growth in the area. Emory’s wealthier demographic is more of a priority for MARTA and the city of Atlanta.

But for South DeKalb residents, prioritization of Emory’s light rail project is even more concerning because of several unfinished transit projects including the long-promised I-20 East rail line, Candler Road, and the Memorial Drive corridor.

MARTA, since its inception, has promised South DeKalb residents an I-20 East train line that has never materialized. In 2012, MARTA once again looked into the idea of finally bringing heavy rail along I-20 East, but ultimately decided on BRT. You can read the entire report’s summary here. 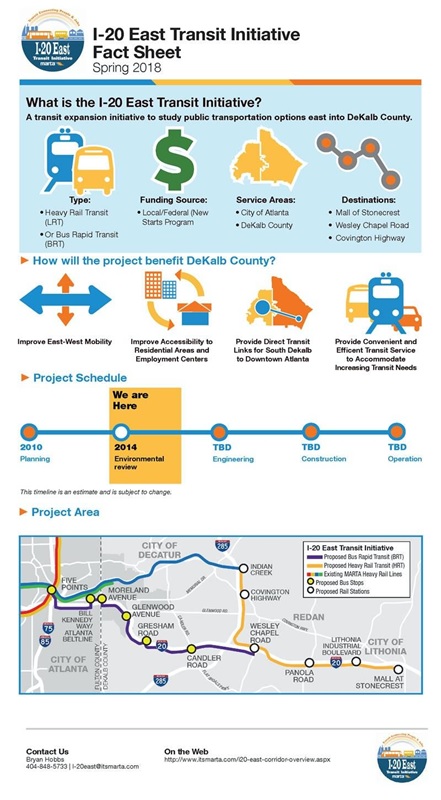 Congressman Johnson has been more vocal since the election of President Biden about advocating heavy rail, including an Op-Ed last year asking directly for heavy rail. This bodes well for transit advocates, as 4-of-7 DeKalb commissioners voted in favor of heavy or light rail in 2019, then again in December.

It’s a good time to have this conversation. DeKalb neighborhood groups, transit advocates, heavy rail enthusiasts, and those with a connection to the Biden administration should be talking now while the opportunity for federal aid is there. They already have a Congressman in support.

While support is there from both the county commissioners and a US congressman, the funds may not be.

MARTA needs to move fast, but there is a problem

If MARTA is to apply for and receive matching funds from the Federal Transit Administration, it needs to first allocate them. The problem is that six years later, after More MARTA, the project is finally moving. A bigger issue comes this fall, as any likely funds or larger spending bill will likely not make it in the gridlocked U.S. House or 50-50 Senate.

Should the Republicans take the US House and the Senate or both, MARTA and DeKalb County will have to consider any funding for major transit projects gone, outside what could be done locally or statewide. A new/increased SPLOST, special TAD (tax allocation district), or direct state funding may be needed to get these projects to fruition if that happens.

Now is the time to act.

The future of DeKalb is transit-oriented, and it’s better if every major decision-maker gets on this train sooner than later.