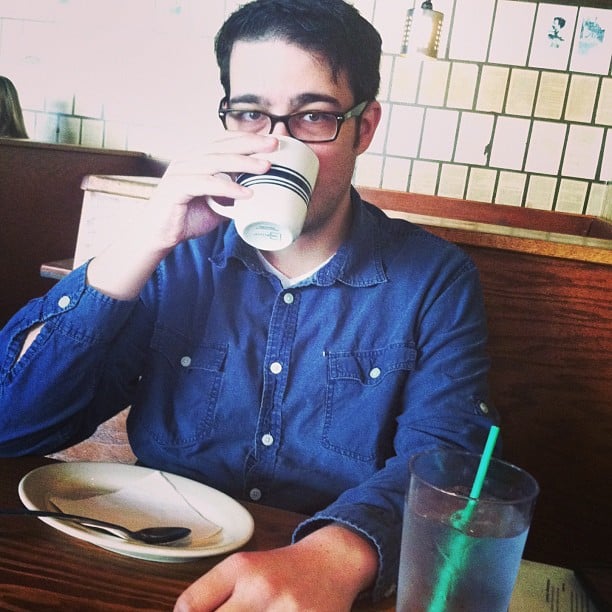 This review will contain spoilers for “The Batman.” The movie is in theaters now.

This review requires two important caveats. First, I am a huge Batman fanboy. The first movie I ever saw in a theater was Tim Burton’s “Batman,” starring Michael Keaton. I was 8 years old, and my father took me as a surprise after church one Sunday. Even though that movie doesn’t hold up quite as well now — the sexist Vicki Vale character is cringe worthy by modern standards — it holds a special place in my heart. It started a lifelong obsession with the character and the gritty world he inhabits.

The second caveat is that “The Dark Knight,” directed by Christopher Nolan and starring Christian Bale as Batman, remains my gold standard for Batman movies. It’s not a perfect film, but it’s a great one that checks off so many boxes for me as a fan.

I’m simultaneously the best and worst person to review a movie like this. It’s hard to be objective about these movies due to my sentimental attachments, but I have a damn-near encyclopedic knowledge of the Batverse. Too bad I didn’t use those brain cells for something more profitable like computer programming, but no matter.

So, how does “The Batman” compare with the other films starring my favorite caped crusader? The movie is long on character development but short on levity and brevity. My thought, halfway through the movie, is that it would actually work better as a television show.

“The Batman” hovers close to Tim Burton’s vision for the character but doesn’t quite approach “The Dark Knight” in terms of overall quality. The biggest knock on this movie is its three-hour run time, but that wasn’t a dealbreaker for me. “The Batman” doesn’t delve too deeply into some important aspects of the Batman mythos, but explores other underappreciated aspects. It also lacks the humor and charm of its predecessors.

At times during this long, relentless assault on my optimism, I asked myself, “Are we ever going to get to come up for a little air?” The answer, unfortunately, is no. But that wasn’t a dealbreaker for me, either.

The movie is set in the Batman “year two” continuity. He’s established himself as a hero in Gotham City. He has a working relationship with Lt. James Gordon and the whole Gotham City police force. Unlike the Nolan films, this version of Batman is not a complete outcast. It’s a more middle-class version of the character. While the movie has its share of high-tech elements, the set pieces themselves are low-tech enough that anyone with some extra cash and blow torch could assemble them. This version of Batman is homespun and gritty.

A serial killer, who calls himself the Riddler, is on the loose and bumping off some big players in Gotham City’s political scene, starting with the mayor. What follows is a gradual unraveling of a city’s power structure as the Riddler shows the city the receipts about its shady past. The Wayne family doesn’t get out of it unscathed, and one of the intriguing things about the film is its suggestion that Batman is, in his own way, a thread in that same web of shady dealings. His family’s legacy is part of the same corruption that he’s fighting.

Let’s start with the things I liked about this movie. Anyone skeptical that Robert Pattinson could be credible as Batman hasn’t been keeping up with his work of late. He can act, and even he thinks those “Twilight” movies are hot garbage. Don’t fault the guy for knowing how to cash a check. His mopey, emotionally wounded Batman is a legitimate read on the character. One thing previous characterizations of Batman often lack is a perspective on how deeply he has internalized his own trauma. The man has never healed and has billions to spend taking it out on everyone. This is the first movie that’s captured that well, I think, and it’s a nice touch.

Most of the other casting choices worked, too. This is the first time I’ve seen a movie in the theater in two years, and I was struck by the deliberate diversity of its cast, a feather in the cap of director Matt Reeves.

Jeffrey Wright is believable as the incorruptible and pessimistic Jim Gordon.  At times, it seems he’s the only decent man in Gotham.

Zoë Kravitz turns in a nuanced portrait of Selina Kyle / Catwoman. She’s tough, street smart and like Batman is wrestling with her own loyalties. The character is bisexual and is motivated by the death of her love interest Annika (played by Hana Hrzic), though it isn’t long before she strikes up an uneasy romance with Batman. This version of Catwoman is in the spirit of her comic book counterpart, and I think is in some ways an improvement. (If you’re interested in the comic book inspirations for her portrayal in this film, I recommend reading “The Long Halloween” and “Batman: Dark Victory.”) At one point she accuses Gotham City’s leaders of abusing their “white privilege,” and if that makes toxic fanboys cry, then I’m not gonna be mad about it.

Colin Farrell is nearly unrecognizable as the Penguin, and he knocks it out of the park. Paul Dano’s Riddler scared the crap out of me. They’re both easily the highlight of this movie. “The Batman” makes some subtle allusions to the QAnon cult here. The Riddler’s social media missives attract a loyal following of like-minded conspiracy theorists, who carry placards adorned with his iconic question mark. I won’t spoil it all for you, but they play a significant role in the film’s climax.

One area where this movie is a decided improvement on its predecessors is the fight choreography. Batman delivers MMA-style butt-whoopings throughout the film, and they’re awesome. Fight choreography was one thing Nolan could never handle well. So kudos to Matt Reeves for that.

The engaging, twisted story makes you rethink your assumptions about the inherent decency of the Wayne family. At one point, it’s implied that Thomas Wayne asked Falcone to kill a reporter talking smack about his wife. As a journalist who loves Batman, ouch.

Here’s where I have to pick some nits. The movie’s glaring weakness, aside from its bloated run time, is the Alfred character. Andy Serkis is not right for this part. I don’t know if I can handle seeing him unless he’s covered in a thick coating of CGI animation. Michael Caine in “The Dark Knight” will forever be the best portrayal of the character, in my opinion. He dispenses comic relief and wise counsel in equal measure. Serkis solves a few riddles, gets the “you’re not my real dad” treatment from Bruce Wayne then gets blown up, spending the rest of the movie in a hospital bed.

The movie could’ve used some good humor — it’s bleak throughout — and Alfred is usually where Batman movies find it. But not this one. It’s a shame. No disrespect to Serkis, but he’s miscast here.

While Pattinson turns in a great performance as Batman, his performance as Bruce Wayne is lacking. The duality of Batman — the idea that Bruce Wayne is the real mask — makes the character compelling. But Pattinson’s Wayne is as forlorn as his Batman. He doesn’t even seem to enjoy being rich, to which I ask what then is the point of being a billionaire? I don’t think this is Pattinson’s fault as much as it is the director’s. Bruce Wayne gets maybe 20 minutes of screen time, and much of that is spent at a memorial service. It doesn’t lend itself to flashy displays of wealth.

Another odd choice by director Reeves is Batman’s lack of stealth. At one point, Batman says, “I don’t operate from the shadows. I am the shadows.” Not long after, he’s seen walking into a room full of cops using the front door. Gone are the moments where Batman appears, seemingly out of thin air, before disappearing mid-conversation when someone’s back is turned. And then he leaves through the same door. While the cops feign hostility toward him, the way Batman interacts with them makes you think he could be on their payroll.

Then Batman goes out to interrogate the Penguin. He does this by first knocking on the door of the Penguin’s nightclub, the Iceberg lounge. When the bouncers predictably tell him to get lost, Batman proceeds to whoop many asses until he gets his one-on-one with the Penguin. Then he leaves just as brazenly as he entered. I can, in retrospect, see why Reeves did this. This is Batman year two, not year one, so obviously he’s going to have some more comfort with the cops and the public at this point in his career. But this just felt so wrong to me, on so many levels. It’s the lament of a fan and is inherently unfair, but there it is.

Overall, this is a good movie and has been called a “worthy addition” to the Batman filmography. I agree with that and advise you to not drink any water for about two hours before seeing this thing, so you don’t miss important plot points due to a bathroom trip. At the risk of sounding like an old man, can we please bring back intermissions?

The movie gets a B- from me. It’s big on style and characterization, but misses the mark in some key areas that only a nerd could appreciate. It’s about 30 minutes too long. I look forward to Reeves’ inevitable sequel. The Joker will be the featured villain in the next installment, and I’m sure there will be smiles aplenty.