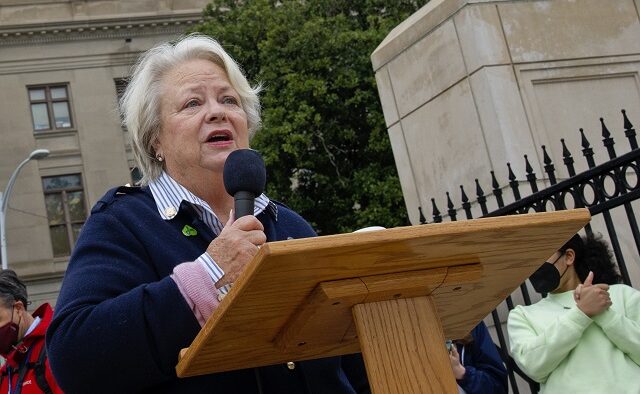 That may not be too surprising, considering the bill’s lead sponsor is the chamber’s top leader, Speaker David Ralston. But the bill’s sponsors have proposed changes they hope will also clear the state Senate, and Ralston put his political muscle into seeing the bill become law.

“If this is not worth the political capital, I’m not sure what will ever be,” Ralston told his colleagues Tuesday.

It’s unusual to see the speaker sponsor a bill beyond state budgets. And while the legislative process is often an exercise in horse trading between the two chambers, Ralston said Tuesday he hoped the bill would be spared any nitpicking in the Senate.

Still, changes are likely in the Senate. The Senate has already passed a couple of alternative measures, including one bill with a different take on how best to ensure health insurers are treating behavioral health benefits the same as physical care as required by federal law. A lobbyist for health insurers told lawmakers they oppose the House version.

“Reasonable compromise is always part of the process here,” Ralston told reporters Tuesday. “But what I’m not going to do is to cave to those who are going to put monied interest ahead of the wellbeing of many Georgians. This is something that we have needed to have done for a long time, and we’re going to insist that it be done.”

Advocates and others have rallied primarily behind the behavioral health parity provision in the measure. But the wide-ranging bill also creates a service cancelable loan program to help bolster the workforce, changes the criteria for having someone involuntarily committed for treatment, and ensures a certain percentage of money in public-funded insurance programs goes to patient care and not administrative costs.

The measure has drawn privacy concerns over an adult registry proposed with a court-ordered treatment program within the state Department of Behavioral Health and Developmental Disabilities. Some critics have also cautioned the changes could lead to high hospitalization rates.

From the start, supporters – including Ralston – have framed the proposal as a starting point in a multi-year effort to lift the state from near the bottom of rankings for mental health access.

“Our challenge today should not be can we cure mental illness? Can we cure substance abuse?” said South Forsyth Republican state Rep. Todd Jones, who co-sponsored the bill and who has spoken publicly about his own struggles to get help for his son.

State Rep. Mary Margaret Oliver, a Decatur Democrat who is the bill’s other lead co-sponsor, said there is a small percentage of people with severe mental illness who are repeatedly cycling in and out of crisis services.

The bill cleared the House with a 169-3 vote with just a few Republican lawmakers voting against it.

“I would like everyone to please take one moment to consider the painful irony of us in this body working to find a government solution that implements greater government control in order to solve a problem that is largely the result of government control and policies,” said one of the opponents, Sharpsburg Republican Rep. Philip Singleton, referring partly to COVID-19 restrictions.