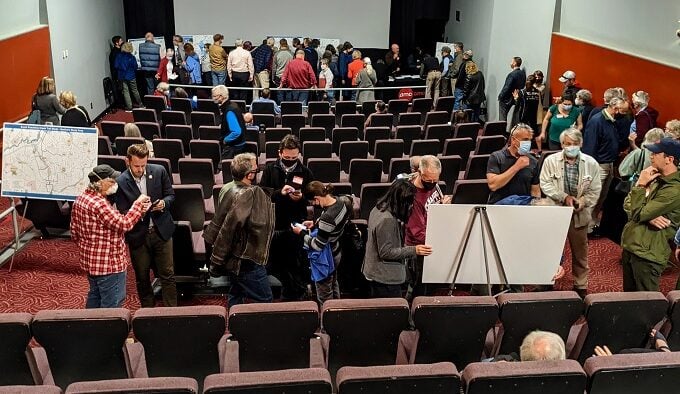 DeKalb County Officials and the PATH Foundation on March 10 held a public workshop to discuss plans for expanding a public trail in central DeKalb. Photo by Dan Whisenhunt
Share

Greater Decatur, GA — A developer with plans for transforming North DeKalb Mall into a massive mixed use project is throwing its weight behind expanding a public trail through the property.

The trail connection at North DeKalb Mall would be one part of a larger plan to connect the Peachtree Creek Greenway — which will eventually connect to Briarcliff Woods — to the South Peachtree Creek Trail that runs through the Medlock Park neighborhood. The county is working with the PATH Foundation, a developer of public trails, to study the idea. On March 10, the PATH foundation held an in-person workshop for its trail study in an empty theater at the AMC inside the mostly-empty North DeKalb Mall.

The AMC theater, loved by locals for its proximity and cheap seats, will remain part of whatever happens next with the property. 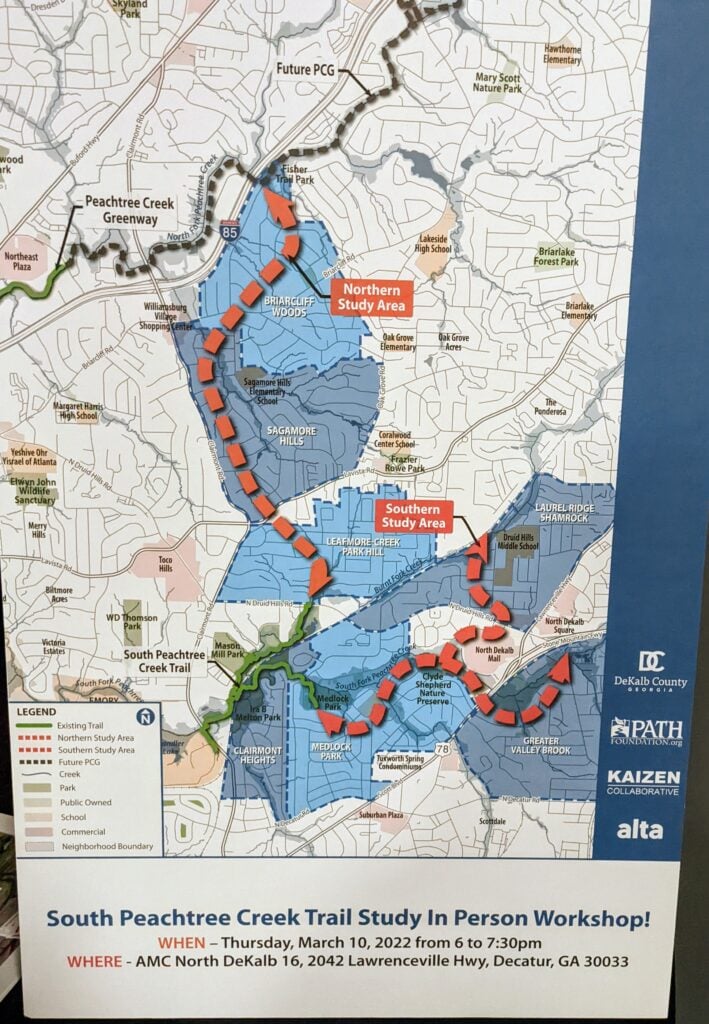 This map shows an overview of the trail study area. Photo by Dan Whisenhunt

The developer, Edens, would be responsible for maintaining the trail, assuming the rezoning for the North DeKalb Mall project is approved by DeKalb County. Expanding trail access is one solution that is in play for dealing with the traffic the project is likely to produce. Plans call for 300,000 square feet of retail space, 200,000 square feet of office space, a 150-room hotel, 1,700 apartment units and 100 town homes. The project’s estimated completion date is 2028.

Commissioner Ted Terry said the goal of connecting the public to the mall via a trail is to help residents see driving and walking or biking as equally viable options.

“We know something is happening here,” Terry said. “And so we want to make sure that there are opportunities for all of our neighbors, all of our neighborhoods, to have this walking, biking connected trail network into an area that hopefully will bring great quality of life, access to parks and also give you a true decision. Do I drive, or do I walk or bike? Sometimes, it’s like 80/20. We want to get to a 50/50. I could do either. This is the world we have to create for ourselves because every single year we get a report that greenhouse gas emissions have gone up.”

DeKalb County Commissioner Jeff Rader said Edens would be responsible for maintaining the trail on its property, but the trails will have public use easements, meaning they couldn’t stop the public from using it. He said North DeKalb Mall has traditionally been an “auto-isolated island” within the community.

“You really couldn’t get there from the neighborhoods that surrounded it,” Rader said.

Edens is on board with connecting neighborhoods to its project, Rader said.

“They see it as an amenity in the community,” he said.

“We don’t just come and do something where it’s not desired,” she said. They already have buy-in from a key player. She described Edens as “very supportive” of the project.

One idea under consideration would create a trail connection to the mall by going under Lawrenceville Highway. There’s already a storm culvert there connecting the mall property with the Little Creek Horse Farm across the street. That could be converted into part of the trail, she said. 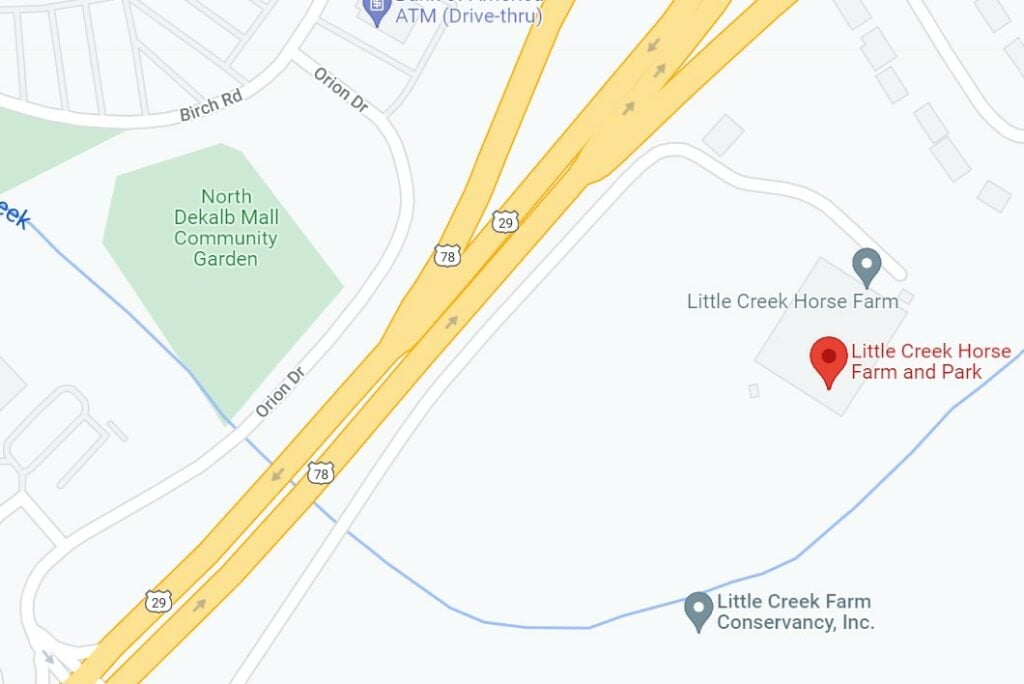 “We have learned how to retrofit things,” deMayo said. “How much better would that connection be if [you could] go under Lawrenceville highway?”

Like deMayo, Rader wants to hear the community’s feedback before moving forward with plans to expand the trails.

“Invariably there are going to be folks whose property who is adjacent to or affected by this,” Rader told the crowd. “… We want to know all that.”

Plans for the next meeting have not been announced.