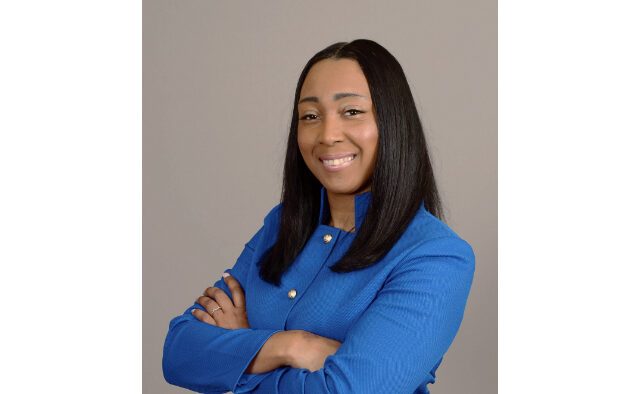 She’s been the city manager for about eight years, according to the mayor. The news first trickled out on social media Friday evening, March 18, and Mayor Beverly Jones said the city wasn’t ready to yet make its official announcement.

“I wasn’t ready for this to hit the paper,” she said, adding, “We are sorry that she’ll be gone.”

“Stone Mountain City Council voted on Monday, March 14th to approve contract with Ms. Garrett for interim city manager services,” a press release from the city says. “The vote was unanimous.  Ms. Garrett begins the interim position on March 21, 2022 and Mayor Beverly Jones, City Council, and Ms. Thornton are eager to welcome Ms. Garrett to Stone Mountain.  Mayor Jones and City Council are committed to ensuring that all city operations remain at the highest level of service to the City’s citizens and customers.”

After just under 8 years of employment with the City of Stone Mountain, City Manager ChaQuias Miller-Thornton announced that she is resigning her position, effective April 4th, 2022.

Ms. Thornton has served as Stone Mountain’s City Manager since August 2016, after having served the city’s Administration Office as city clerk for two years beginning July 2014.  Ms. Thornton has over 22 years of local government experience, serves on several municipal association councils and committees, and plans to continue servicing Georgia cities in the areas of executive, administrative, operational, and financial management and consulting.

“I love the Stone Mountain community and it is with such heartfelt and warm appreciation that I thank the City of Stone Mountain for the opportunity to serve the citizens, businesses, and stakeholders for almost 8 years. It has truly been an honor to offer public service within this wonderful community. As I reflect on the goals that were attained to implement a higher level of financial management (reducing audit findings to zero in 3 years, and eliminating mid-year borrowing), to enhance service capacity through new and updated policies and procedures, and to increase operational effectiveness through innovative initiatives and programs, I am grateful for the things that have been accomplished and will relish in the strides that have been made. I am so thankful for the staff that have supported me and that aided in the successful implementation of Council direction. I have been blessed to have gained a “work family” of residents, business owners, stakeholders, council and staff with whom I expect to have lasting bonds.  Many of them have touched my life in ways that have grown, strengthened, comforted, encouraged, and supported me as a person and as a public servant.  For that, I am ever grateful. However, after much prayer and consideration, I’ve decided that it is time to pursue other business and personal life aspirations.  The outpouring of well wishes and promises of continued support have made this decision bitter-sweet.  There are just some wonderful people who live and work in this town.

As I move on to the next phases of my personal life and professional career, I wish nothing but success and sustainability for the place so affectionately called the Village.”

In a letter of acceptance of Ms. Thornton’s resignation, Mayor Beverly Jones thanked Ms. Thornton for the years of service she has provided to the City of Stone Mountain and wished her the best in her future endeavors.

Stone Mountain has engaged Ms. Marie Lewis Garrett as interim manager.  Ms. Lewis’s career has been spent in local government serving in such areas as planning, development, and public administration for over 30 years.  Stone Mountain City Council voted on Monday, March 14th to approve contract with Ms. Garrett for interim city manager services.  The vote was unanimous.  Ms. Garrett begins the interim position on March 21, 2022 and Mayor Beverly Jones, City Council, and Ms. Thornton are eager to welcome Ms. Garrett to Stone Mountain.  Mayor Jones and City Council are committed to ensuring that all city operations remain at the highest level of service to the City’s citizens and customers.