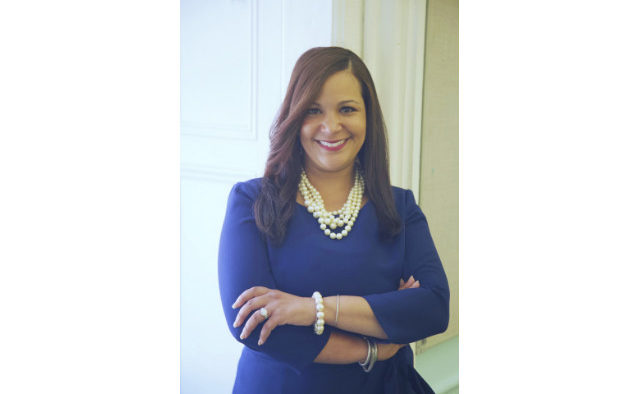 Atlanta, GA — DeKalb County Schools Superintendent Cheryl Watson-Harris is working to assure the Druid Hills High community that the district hears their concerns about their building and will address the problem.

Watson-Harris sent a letter to the Druid Hills High families, students and staff on April 13. Her letter came after a particularly brutal day for the district, in terms of public relations. On April 12, CBS 46, 11 Alive and WSB-TV aired footage shot by students showing the numerous health and safety concerns at the school. Fox 5 aired a story on April 13.

Decaturish has written about this issue since February, when the DeKalb School Board voted to remove a “modernization” of Druid Hills High School from a list of proposed school repair and renovation projects sent to the Georgia Department of Education. But the video footage was irresistible for local TV newsrooms and was a turning point. On April 12, the School District put a proposal to “renovate Druid Hills High School as part of the E-SPLOST VI project list is on the April 18 Board agenda.”

Watson-Harris said in her letter the issues at the school are not new, and the district is working to address them.

“The release of a video earlier this week from Druid Hills High School students showed many areas of concern throughout the building that we have long known about and have been working to address in meaningful ways,” she wrote.

Here is her full letter:

The release of a video earlier this week from Druid Hills High School students showed many areas of concern throughout the building that we have long known about and have been working to address in meaningful ways.

To this end, at its Regular Meeting on Monday, April 18, Board members will consider a resolution to modernize Druid Hills High School as part of the E-SPLOST VI project plan. The Board Meeting begins at 11:30 a.m. and will be live-streamed on the DeKalb Schools Television (DSTV) located at https://www.dekalbschoolsga.org/communications/dstv/ and on Channel 24 for Infinity cable subscribers. A video of the meeting will be posted on DSTV afterward.

It is my expectation that this process will guide our next steps in moving forward with renovations at the school, including addressing immediate needs. Renovation plans have been in the works for many months. The DeKalb County School District (DCSD) and the Board of Education remain fully committed to ensuring that all scholars are in positive learning environments.

Margaret Mead famously said, “Never doubt that a small group of thoughtful, committed citizens can change the world; indeed, it’s the only thing that ever has.” DCSD is a place where students are encouraged to be fully engaged and actively participate in their education. As always, we are grateful for the advocacy of these students for themselves and future generations of learners.