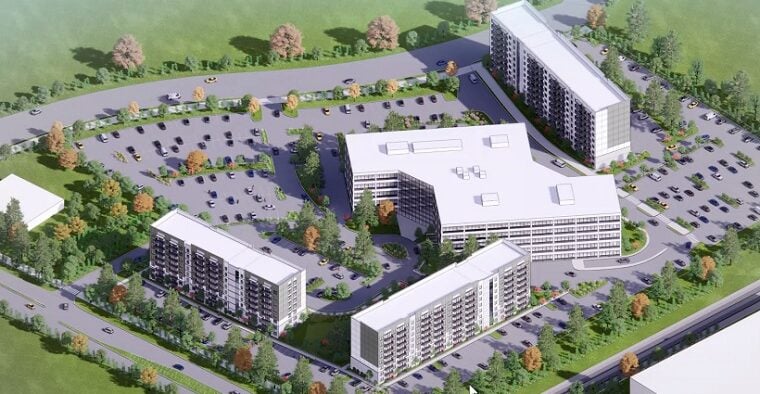 Tucker City Council voted on April 11 to defer the second read of an application to build nearly 500 units on site at 2059 Northlake Parkway, including affordable housing. Developer AHS Residential was in agreement with the deferral.

AHS is applying for a Special Land Use Permit and variances, increasing density.

Councilmember Anne Lerner asked City Planner Kylie Thomas to clarify details about the project that residents had misunderstood. Thomas confirmed the project fits within Tucker’s comprehensive plan and the proposed building height is allowed in the Northlake zoning district.

“There was a comment made earlier that there are too many rentals. We’ve done a market study. We’ve looked extensively around this area and supply does not meet demand for new units. The Reid is 100% occupied, so there is demand for more market rate in this area. We also know there’s demand for new workforce housing,” said Webb.

AHS has committed to 15% of affordable housing units at Tucker Exchange, which are “significantly less” than market rate, said Webb.

“We’ve been responding to the issues raised, and we have been working hard on this from the very beginning,” said Webb.

Residents who spoke at the meeting are against the project because they say it is too dense.

“The proposed density of the development packed into tall towers of apartments is more suitable for what I now see being built in downtown Atlanta than for Tucker’s commercial activity center,” Laurel Jackson said.

City Council voted 6-1 in favor of deferral. Councilmember Noelle Monferdini voted no. AHS will return to City Council for second read on May 9.

In other development news:

– DeKalb County is holding a public meeting on April 14 at 7 p.m. at the Doubletree Hotel, 4156 LaVista Road. DeKalb is requesting approval for a text amendment to allowing zoning in the Northlake Overlay District to increase residential density from 30 units per acre to 60 units per acre along Parklake Drive.