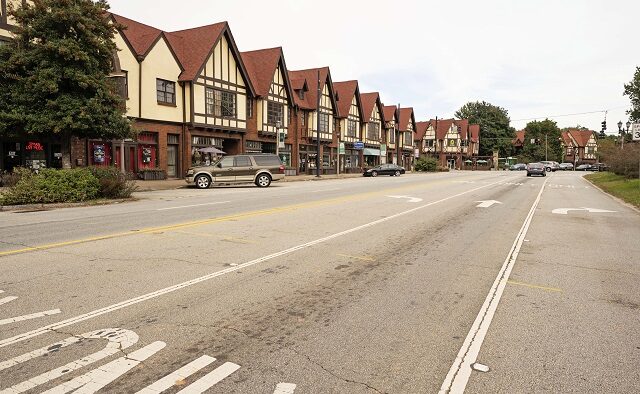 N. Avondale Road, US-278, in the city of Avondale Estates. Photo by Dean Hesse.
Share

The board has not set the fee yet, but continued the discussion at the April 13 city commission meeting. City Manager Patrick Bryant said the city can take time to consider various factors in order to set the fee.

At the beginning of the year, the city commission approved a 5% cost of living adjustment for employees. The city’s recycling contractor has also raised its fee by 6%. The higher cost of the city’s residential sanitation fee takes into account these increases.

“I think that increase mirrors, pretty much, the rate of inflation that the city is experiencing for all of its services and purchases,” Bryant said at the March 23 work session. “In order for us to cover the cost of those increases and continue with the program that we have established whereby a certain amount of revenue collections for sanitation each year would be held back for capital purchases for the sanitation department on an annual basis…staff is recommending an increase of the fee from $567 to $596, which would be a 5% increase.”

The city has not planned to transfer money from the general fund to the sanitation fund this year.

“If [the board] wanted to continue to have a whole fund at the same capital level, that’s the 5% increase,” Bryant said. “Up until 2018, it wasn’t just we were borrowing from the general fund to cover cash flow situations, we were literally subsidizing the service with general funds. We no longer do that.”

During the regular meeting on April 13, the city commission approved an agreement with Lord Aeck Sargent for on-call design services for the city. LAS would help the city with ongoing planning of the downtown and historic neighborhoods from a physical design and urban planning standpoint.

The agreement would not include design services beyond massing level design or architectural renderings. The agreement is for an amount not to exceed $22,000 and will end in August.

As development comes closer to the city limits near the area of Avondale Elementary School, this is an opportunity for residents to engage with what development the city will allow in that area over the next decade, Fisher said.