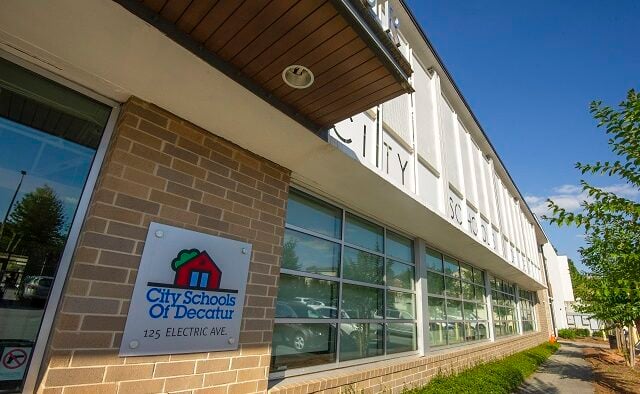 Decatur, GA — City Schools of Decatur is in the early stages of planning to make changes to the district’s grading system, but the grading scale will remain the same for the upcoming school year.

Some changes — including eliminating effort grades and zeros in the grade book, creating common assessments and not using ManageBac for general grading — will go into effect in the fall. The international baccalaureate program will remain at CSD.

The school board will tackle the grading policy and procedures as well as any possible changes beginning in January 2023 to be implemented in the 2023-2024 school year.

Superintendent Maggie Fehrman established a teacher task force to analyze CSD’s grading system and make recommendations for improvements to the grading system, practices and procedures, Fehrman said in her weekly newsletter on March 25.

“Some of the problems that need to be solved with our current grading practices include the need for transparency in our grading practices; the need for parents, students, and school leaders to have continuous and instant access to monitor student achievement and progress at all levels for all courses; and the need for our grading systems to be easily understood and explained,” Fehrman said in the newsletter. “Furthermore, in our most recent accreditation report, Cognia identified the effectiveness of grading practices and communication of grades as a growth area for our district. I believe that I am responsible for ensuring CSD has a grading system that is clear, easily understood, transparent, equitable, and helps students become leaders of their own learning.”

The equity in grading task force was charged with providing high-level recommendations for a common district-wide grading scale to provide clear, easy-to-understand descriptors, a common grade book tool and district-wide agreements and expectations, Assistant Superintendent for Teaching and Learning Kristy Beam said at the April 12 school board meeting.

The school system will not move forward at this time with implementing recommendations related to the grading scale and proficiency rubrics, so the district can gather more information, Fehrman said at the April 26 school board work session.

She had suggested moving to a one through four grading scale, but she wants to hear from students, families, teachers and other stakeholders about the grading scale and what their recommendations may be.

She also recommends there be a consistent grading scale for grades sixth through 12th, and is open to having a separate K-5 grading scale.

Grades have to be meaningful and communicate achievement, Fehrman said.

“Grades should not be used to communicate how well-behaved a child is, how many times they’ve attended class, how much work they’ve turned in, or how much effort they’re putting in,” she said. “That’s not the intention of grades. Grades are strictly there to communicate achievement. We also want grades [that] should help our students have information, so they can self evaluate and grow.”

Grades should be easily understood by parents, students and staff.

“As I was doing the work to build a data culture, we decided that we did need to really focus in on grading because grading is the most important thing that I think our teachers do on a daily basis,” Fehrman said. “That feedback to the student, that’s the grade.”

As Fehrman and the administration looked at the recommendations, they determined a few things the district will stop doing when it comes to grading.

“We’ve been giving zeros. We’ve been grading effort. We’ve been using group work as a summative grade, extra credit and infrequent and inconsistent grade book submissions. Those are things we have to stop because that’s not serving our students,” Fehrman said. “We are no longer going to issue effort grades or grade students’ academic performance with effort.”

The rationale for making changes is to ensure that all teachers have a deep understanding of the Georgia standards they are expected to teach, make sure all the technical pieces are in place to make a change, and continue to gather and analyze data on student performance.

For the upcoming school year, the district will re-incorporate vertical alignment days, so that common, consistent grading practices will be developed and maintained during planning days, according to Fehrman’s presentation.

Common assessments will be created based on grade level or content level of the Georgia Standards of Excellence where available and used across teachers who teach the grade level or department.

All grading will be related to mastery of content standards, and final grades will represent an overall level of mastery of the learning for the course.

CSD will no longer use ManageBac for general grade recording and reporting. ManageBac will still be used for other task management in the international baccalaureate program. The district currently uses ManageBac and Infinite Campus.

“I tried to get through ManageBac, and I’m an expert in understanding grading and content, and I don’t understand it. It’s different in every class,” Fehrman said. “We need to create a more consistent grading process. We still will use ManageBac to issue IB grades. It does work really well for issuing, assessing and managing all the IB things that we are going to continue to do.”

The district will make communication with families more user-centered by providing more details about why and how CSD grades, as well as how grades are calculated.