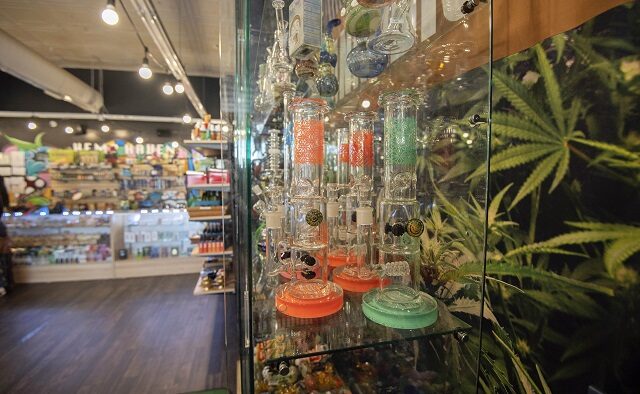 Bureaucratic and legal delays have prevented qualified Georgians from legally purchasing low-THC oil — despite state approval of the oil for medical purposes seven years ago.

Over 22,000 Georgians have registered for the cards that allow the legal use of the oil for medical conditions ranging from cancer to post-traumatic stress disorder (PTSD).

The Georgia Access to Medical Cannabis Commission awarded licenses to produce and sell THC oil to six companies in July 2021, according to the commission’s annual report.

Almost immediately, companies who lost out on licenses protested the awards.

Until those protests are resolved, Georgia cannot finalize licenses for manufacturing of the medicinal oil.

A bill that would have jumpstarted the process failed by one vote in the state Senate earlier this month.

“The protests will continue, and I suspect that this will be resolved through litigation,” said Representative Scott Holcomb (D-81), a Democratic co-sponsor of the bill that would have jumpstarted the process.

Earlier this week, Gov. Brian Kemp announced that he will provide $150,000 from his emergency fund to help expedite hearings on protests around the THC-oil licensing process

Johnson has been a faculty member at the University of Georgia’s Carl Vinson Institute of Government since 2017, according to his university webpage. Before that, Johnson was commissioner of the Georgia Department of Administrative Services.

Once the licenses are finalized, it will take at least another year before registered patients can purchase the oil in a retail setting, said Zane Bader, a founder of the Georgia Cannabis Trade Association.

Marijuana’s potential for medical use led Morehouse School of Medicine to set up a cannabis concentration in its biotechnology master’s program.

That program features classes such as “Pharmacology of Plant and Animal Cannabinoids & Terpenes” and “Physiologic, Behavioral, and Social Effects of Cannabis.”

The concentration is part of a partnership with Truelive Cannabis Corporation, which was awarded a THC oil production license from Georgia’s cannabis commission.

Truelive’s partnership with Morehouse drew criticism from Georgia Atlas, one of the companies that did not get a license because the then-head of the cannabis commission, Dr. Christopher Edwards, is a trustee of the Morehouse School of Medicine.

There is mounting evidence that marijuana can, in some cases, help reduce the need for other prescriptions drugs.

A new study in Health Economics found that legalizing recreational marijuana reduced the number of prescriptions for drugs that treat conditions such as pain, depression, anxiety, seizures, and insomnia.

Meanwhile, law enforcement task forces across the state have cracked down on Delta-8 and Delta-10, which are cannabis products that produce highs similar to those from normal marijuana.

What most people consider to be “normal” marijuana is known as Delta-9 and that is still illegal in Georgia.

The apparent legality of Delta-8 and Delta-10 in Georgia has led to a brisk market in the products.

But not everyone agrees that the products are legal.

Back in January, Gwinnett County District Attorney Patsy Austin-Gatson’s claimed that sale or possession of Delta-8 and Delta-10 is a felony under Georgia law in a press release.

The next month, the Gwinnett County Metro Task Force seized “a large quantity of Delta 8, Delta 9 and Delta 10 products” from two distributors in Norcross. The task force also confiscated around $277,000 from the two businesses, according to incident reports obtained via open records request by Decaturish.

The confiscated drugs were sent to the Georgia Bureau of Investigation for testing, said Jake Parker, a lieutenant at the Lawrenceville Police Department, which is the lead agency for the Gwinnett Metro Task Force.

Gwinnett successfully challenged Austin-Gatson’s position in court. Last week, they won a motion for an injunction against such raids in Fulton Superior Court.

The Gwinnett DA “provided no actual evidence to indicate that the distribution and sale of these products (edible or otherwise) has led to any direct harm to any individuals or parties in Gwinnett County,” said Judge Charles Eaton, Jr. in his ruling on the matter last week.

“In fact, Defendant presented no actual evidence as to harm to anyone in Georgia beyond purely speculative scenarios,” the judge continued.

“We are relieved that our clients and other shop owners in Gwinnett will be able to keep their businesses open without the threat of prosecution or asset seizures hovering over them,” said Thomas Church, the lawyer for the vape shops that sued the DA.

The Gwinnett DA is appealing the decision, Church said. For now, at least, the injunction against such seizures in Gwinnett will remain in place.

“While this injunction only applies to the DA in Gwinnett, we hope that other law enforcement agencies and prosecutors around the state are paying attention and understand that these products are unambiguously legal under Georgia law,” Church said.

A similar raid in Madison County also resulted in the products being returned to the store owner, the Gwinnett ruling noted.