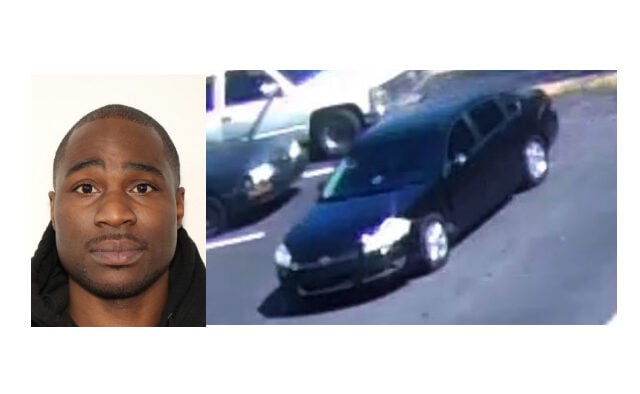 Decatur, GA — Decatur Police have released the name and image of a man they allege is connected to a March 20 shooting at Ebster Park.

“Decatur Police are attempting to locate 31-year-old Herbert L. Petty Jr. and his black 2011 Chevrolet Impala displaying GA tag #TAS5153 with damage to the front driver’s side fender in reference to a shooting incident that occurred near Electric Avenue and Robin Street on Sunday, March 20, 2022 at approximately 2:25 p.m.,” the Police Department said in a Facebook post. “If you have any information on Herbert Petty Jr or his vehicle, please contact Inv. Edwards at [email protected] or 678/553-6664 or contact Crime Stoppers Greater Atlanta at 404 577-Tips (8477) and remain anonymous.”

The Police Department provided these photos of Petty and the vehicle:

A lacrosse game was going on at Ebster Field, just a short distance away, when the shooting happened.

The Police Department is close to Ebster Park.

“On Sunday, March 20, 2022 at approximately 2:25 pm, Decatur Police responded to the area of Electric Avenue and Robin Street in reference to people discharging firearms. At this time, it is believed two parties fired several shots at one another at the location,” Decatur Police Department spokesperson Sgt. John Bender previously said. “As of now, we have not encountered anyone with injuries from the incident.”

Witnesses had questions about the police response to the incident. One asked why police did not have their sirens turned on when they responded.

Sgt. Bender said, “Often times, officers will turn off their emergency equipment upon approaching certain types of calls in order to try and apprehend fleeing suspects. Additionally, depending where the officer is responding from, the equipment may not be needed due to the officer being close to the call location. Suspects are less likely to notice police presence if they are not alerted to an audible siren and flashing lights.”

Decatur Police released a heavily redacted incident report from the shooting and declined to release recordings of 911 calls and recordings of communications between police dispatch and officers, citing the ongoing investigation. Bender said the Police Department received 13 calls about the shooting, and dispatch spoke to eight callers.

“There is no further information we can release in reference to the 911 calls,” Bender said.

Decaturish has learned that earlier in the day on March 20, police responded to a report of a person firing a gun in the 1400 block of Commerce Drive, close to Ebster Park.

“On Sunday, March 20, 2022 at approximately 12:42 pm, Decatur Police received one call from a residence within the 1400 block of Commerce Drive in reference to a person discharging a firearm,” Bender said. “Decatur officers responded to the scene but no evidence of a firearm being discharged was located. Officers spoke with parties in the area and determined the call to be unfounded.”