DeKalb Board of Elections prepares for May 24 primary

DeKalb Board of Elections prepares for May 24 primary 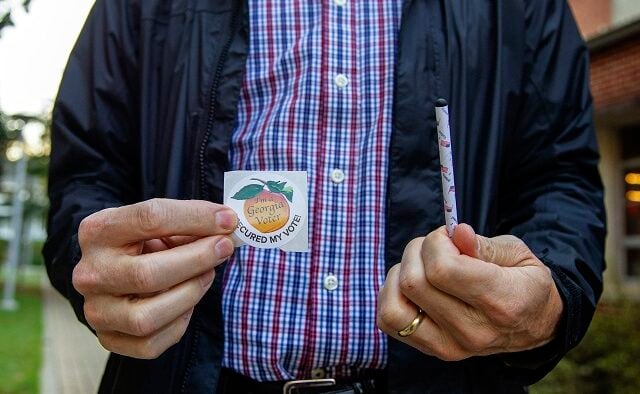 DeKalb County, GA– At the DeKalb Board of Elections meeting on April 14, public comment focused on concerns about access, especially to early voting for the May 24 primary.

Sonia Colette Frix said that her household includes people with disabilities, elderly, and an hourly wageworker, all of whom have had trouble being able to vote in the past. Frix stated that during the last election, long lines even during early voting meant that she made several failed attempts before being able to vote, since her disability prevents her from being able to stand outside in the heat for long.

“On behalf of all of us, I am asking for as many early voting locations as possible,” said Frix.

Frix and others also expressed concern that changes in voting law, including a shorter time in which to request absentee ballots, would be confusing to voters. The Board of Elections previously announced changes to voting locations.

Elections and Registration Director Keisha Smith discussed her office’s preparations for primary voting. She said that redistricting is complete and that precinct cards have been requested from the state.

Election Coordinator Erin Austin said that poll worker recruiting was ongoing to make sure that all voting locations are fully staffed during early voting and on Election Day.  The department is regularly going to the Georgia State campuses and other colleges in DeKalb in an effort to recruit college students.

DeKalb County Commissioner Lorraine Cochran-Johnson offered to put outreach for staffing in her newsletter, and suggested that other commissioners might do so as well. “There’s a lot of interest in knowing what to do to help,” said Cochran-Johnson.

In other news, the Board is making plans to translate voter education materials into more languages, although final decisions have not been made. DeKalb currently offers printable versions of its voting FAQ in Spanish and Korean.